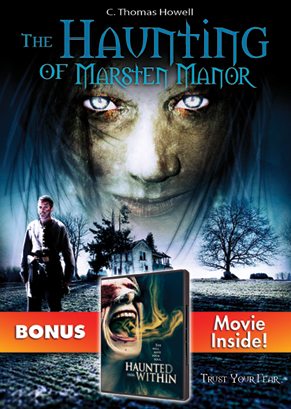 Jill Marsten has just received a civil war era mansion from the will of her aunt. These things happen all of the time however Jill doesn’t ever remember even meeting her aunt so the girl is somewhat surprised when all of this is thrown at her. Jill also is blind but its kind of strange since moving into the mansion Jill starts to “see” a strange woman and then there are the strange noises….uh oh we are in a haunted house movie folks.

“Today we arrived at the mansion…my mansion…I’m sure its pretty and everything but I just wanna go home.”

The Haunting of Marsten Manor starts by introducing the viewer to Jill Marsten who is a young woman coping with the fact that she has lost her eye sight. Jill is vengeful because of this and in a couple scenes she verbally attacks those who think she might be different. Jill wasn’t always blind however and her recent vengefulness is a direct result of this, also it is hinted that Jill has lost her faith in God since he has taken her sight which was her life as she saw it away from her.

Jill decides to go up to see the mansion with two of her friends Erika and Rob. Rob and Jill have obviously had a crush on each other for many years and in several scenes it is quite apparent that the two of them care very much for each other. Erika also is an old friend of the two and although their past isn’t exactly revealed David Greenlaw Sapp allows the viewer to just see enough to know that these three would do anything for each other.

It doesn’t take long for the spook show to start happening however; the viewer is introduced to a rather creepy gas station attendant before the group even gets to the mansion. When the group is en route to the “Marsten Manor” Jill has a creepy vision involving a strange woman she has never seen before. When the group arrives at the mansion the front door unlocks itself and opens; now I have seen enough of these movies to know that something like that really isn’t a good sign.

It doesn’t take long for other strange things to start happening for instance the normally blind Jill starts to “see” the strange woman actually around the house, in one decent jump scene the woman just simply appears directly in front of Jill causing her to drop a cup of coffee onto the kitchen floor. Doors in the mansion also refuse to stay closed, even after Rob nails them shut. Drawers in the kitchen stick and then suddenly don’t anymore, the most terrifying however is the fact that Jill keeps an audio diary on her laptop while going back and listening to her past recordings she suddenly hears strange noises and voices in the background. Each of these scares is set up fairly well with a build up and then blam, except for the drawers sticking scene that one is actually almost kind of humorous since Rob literally pulls the drawer out with all of his strength sending its contents all over the kitchen floor.

Eventually the group finds the Marsten family Bible and starts to learn a little more about this aunt who left the house to Jill and her family before her. Included inside of the Bible is a photograph of Jill’s great aunt Lillian and her daughter Kate. Since Jill cannot see she doesn’t realize that the picture of Kate actually shows the strange woman that she keeps seeing around the house, and since she never gave a description to Rob or Erika no one knows.

The scares in the Haunting of Marsten Manor just keep building up until the climax of the film is finally reached and it involves civil war era ghosts who threaten to attack Erika and Rob. It is only during this climax that the viewer realizes why Jill was willed the house and what exactly her great aunt Kate wants with her.

The Haunting of Marsten Manor is a decent low budget spook show; the cast handle their roles quite well. Brianne Davis’s performance as Jill is especially done well; the main star of this movie though is the house itself. The mansion is huge and has a spiraling staircase, in one of the visions Kate is shown walking slowly down the stairs while Jill stands terrified. The mansion also contains its share of surprises including secret passages that the blind Jill is able to find due to her visions much to the astonishment of Rob and Erika.

The Haunting of Marsten Manor is a welcome addition to the independent horror cinema since it doesn’t rely on blood and guts to sell its story; in fact fans of the splatter aren’t going to be thrilled too much by this one. Those who like their horror with a lot of suspense and subplots that constantly have you wondering what is going on are really going to dig this low budget shocker….watch on a stormy night. 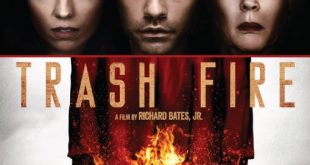 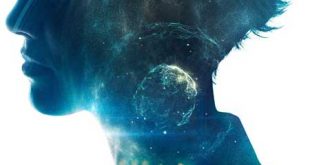 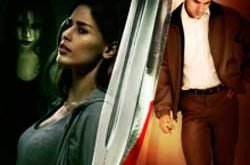