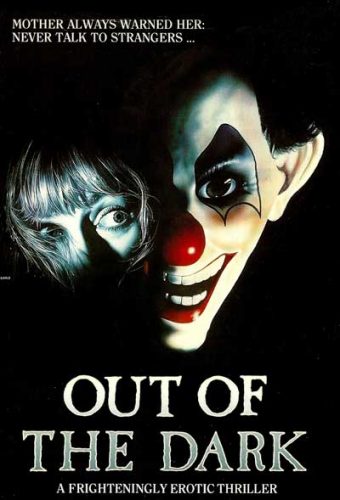 A group of women that work for a phone sex hotline find themselves targeted by a homicidal maniac in a clown mask that calls himself Bobo the Clown.

There are a lot of killer clown movies out there, especially of late (I don’t know why most people just realized that they are creepy as hell as I’ve thought that they were terrifying my entire life). Some of them, such as IT and Clownhouse are nothing short of awesome while other leave a lot to be desired and are just plain crappy in general  (God help you if you suffered through S.I.C.K Serial Insane Clown Killer like I did about ten years ago).  While it isn’t the greatest film I’ve ever seen Out of the Dark isn’t bad and is a fine addition to the killer clown horror film family. Even though it was released back in 1988 I didn’t see it until much later and I thought that it was pretty decent. After watching it again recently I thought that it held up pretty well for the most part and even though it isn’t perfect it is still a good flick about a guy dressed like a clown running around killing people. 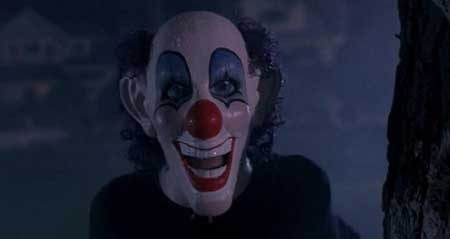 I thought that it had an interesting enough premise and if killer clown flicks are your thing then you will enjoy it. While it may look like a slasher flick it is actually more of a mystery thriller and I enjoyed trying to figure out who it was behind the mask and why he felt the need to kill off all the phone sex operators. Some may argue that it isn’t a very original movie and I’ll agree to an extent as it borrows heavily from many other horror films but that didn’t really bother me for the most part. I mean come on, how many horror films out there can really say that they are original? There are a slew of horror movies out that that borrow (and in some cases blatantly steal) elements from other films so I can’t really hold it against the people behind Out of the Dark as they aren’t the only filmmakers to ever do this. I liked the fact that it had a nice, simple plot that you didn’t really have to think too hard about and sometimes those are the best kinds of horror films if you ask me. 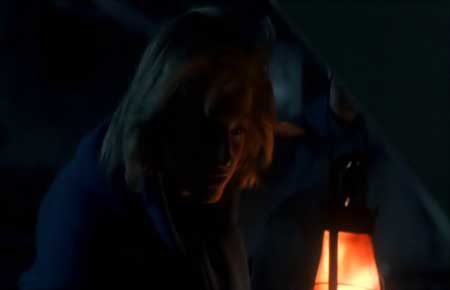 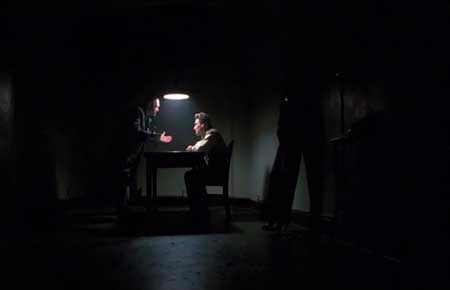 I also really liked the killer and thought that he was genuinely creepy in some ways. If you are scared of clowns then he is going to at least bother you a little bit as there is just something about him that is unsettling as hell. The mask he wears is actually scary-looking and unlike some killer clown movies I didn’t think that he looked goofy or silly in the least. My only beef with him is that I didn’t like the fact that he kept making Freddy-like one-liners and wisecracks as I thought that it took away from his overall creepiness factor a little. He would have been a hell of a lot scarier if he didn’t talk in my opinion but that of course just wasn’t an option for the filmmakers since he calls into the sex line several times and threatens his intended victims. His wisecracks didn’t totally take me out of the movie completely but I think that he would have been a lot more effective if he didn’t talk. Of course I’ve always said the exact same thing about Chucky from the Child Play movies too (Hey, I love Chucky as much as the next guy but don’t you agree he would be much scarier if he didn’t crack jokes and such?) and he’s always been super popular with genre fans so maybe I’m wrong here (hey, it happens from time-to-time). 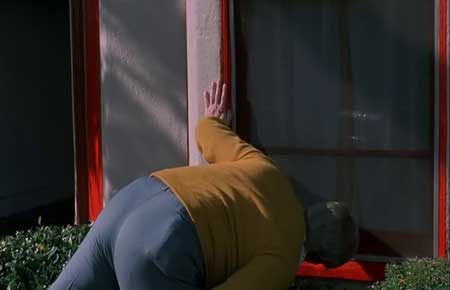 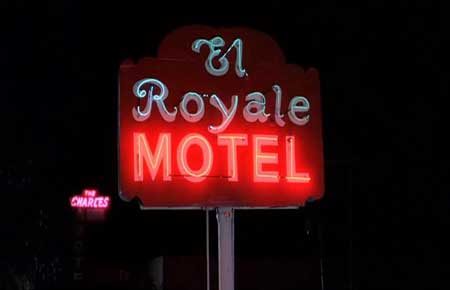 I enjoyed trying to figure out the true identity of Bobo as well, and as much as I hate to admit it I was totally wrong. We get a handful of suspects and I was certain that one of them was the culprit and the others were all red herrings (one of them definitely is) and I was surprised to find out how wrong I was when everything is revealed toward the end.  I thought that the person’s motive was interesting and that it worked. I’ve always enjoyed horror films that made you guess who the killer was and I had a blast trying to deduce who the murderer was this time around. If you’re a fan of solving mysteries then Out of the Dark is right up your alley. 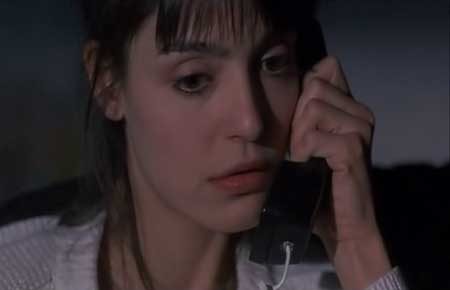 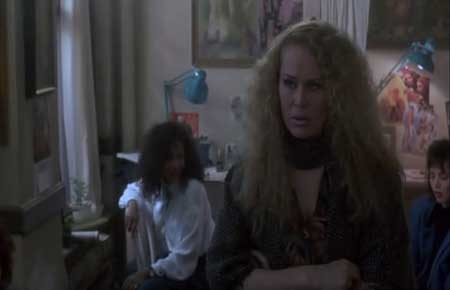 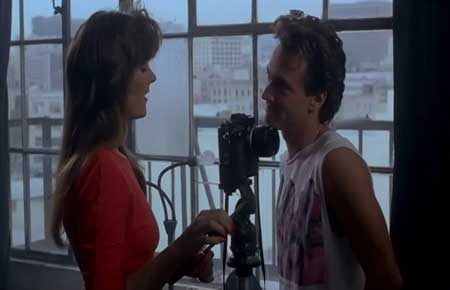 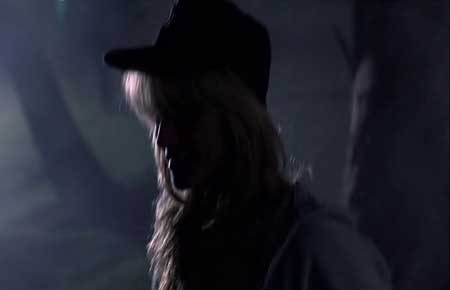 I thought that Out of the Dark was a pretty decent little mystery thriller and I enjoyed the time I spent with it. It has a lot going for it including an interesting plot, a great cast (which included Karen Black, Geoffrey Lewis, Bud Cort, and even the always awesome Devine who plays a police detective in a really different role), and a nice little mystery that will keep you guessing until the end. This movie is a winner so do yourself a favor and check it out if you ever run across a copy of it as it is definitely worth your time.