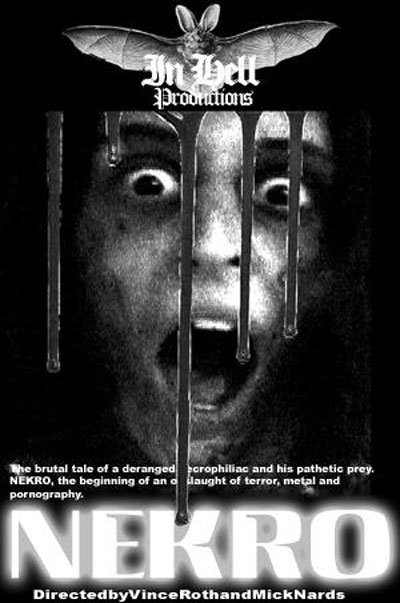 ‘Nekro’ is a 1998 short film that has little in the way of plot and virtually no dialogue. What it does have is probably the most powerful 18 minutes of horror cinema you’re ever likely to see…and some!

Another short film today, folks, and I have no idea what to say about this one. We have NEKRO (1998). Written by Mick Nards and directed by Mick Nards & Vince Roth. These guys have no other credits that I can find.

I really don’t know where to begin on this one. Any film that starts with a freaking trigger warning is either really awesome or really self-important. As you can probably guess from the title, our main character (played by Mick Nards) is a necrophiliac. In case you aren’t sure, that’s a person who likes to have sexual relations with the dead. 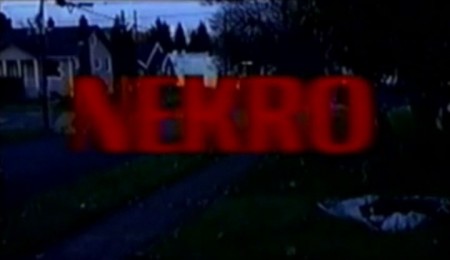 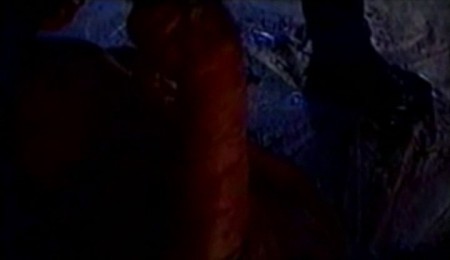 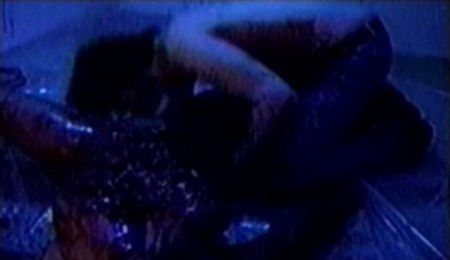 The film opens with our character dragging a (dead? half dead? just unconcious?) hooker up a stair case and locking her in a room full of plastic sheeting. I’ve seen Dexter. This will not end well.

Turns out she’s not dead yet, but soon enough…

Ugh. Honestly, I don’t know what to say about this film. I mean, I get the horror element, but in the end this is just a really low rent horror p*rn. Yes, he does it. Yes they show it. ALL OF IT.

Look, this isn’t my kind of movie, not by a long shot. But ignoring the subject matter, and rating the film based on the technical aspects alone, I still can’t rate this thing very high. 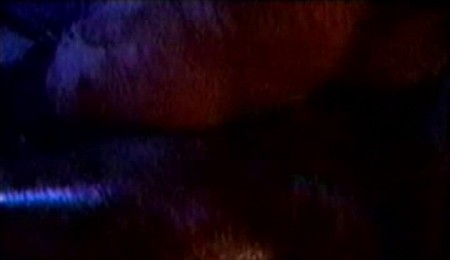 The blood splatter is a plus, though. No skimping on that. And then there’s the nudity and full-screen view of the sex…

and the lighting is terrible. I mean, if you want to show me this guy doing the nasty to a dead girl, then light it so I can see it. The blue wash mutes the action and between the camera angles and editing it’s kind of a mess.