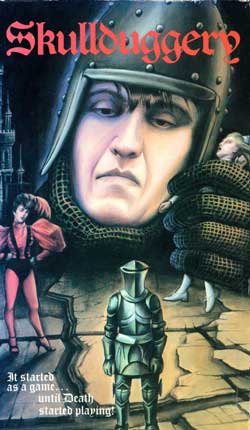 A nerdy fellow that enjoys playing a Dungeons and Dragons-like role playing game goes on a killing spree as the result of a family curse.

Wow. What the hell did I just watch? That is all I can think after watching Skullduggery.  I have heard a lot of bad things about this movie over the years but never bothered to watch it until recently and almost immediately regretted my decision. It was just as bad (if not worse) as everyone said that it was and I think that I might have lost some IQ points-not that I had a lot to begin with-after watching it. I knew that I was in trouble after the movie opened with a weird, Scooby-Doo-like theme song (that I will never, ever be able to get out of my head no matter how hard I try) and things just got even worse from there.  Make no bones about it this movie is bad. Not in a “so bad it’s good” way but just in a “wow, this film is very, very bad and it just plain sucks” sort of way. It’s boring, goofy, confusing at times and just all around a terrible movie in every possible way. 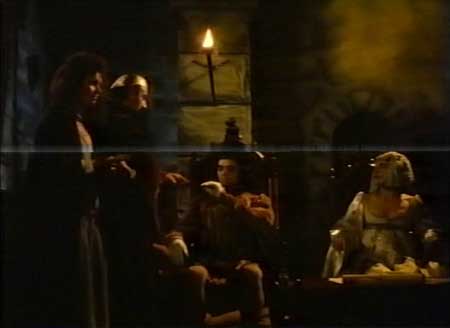 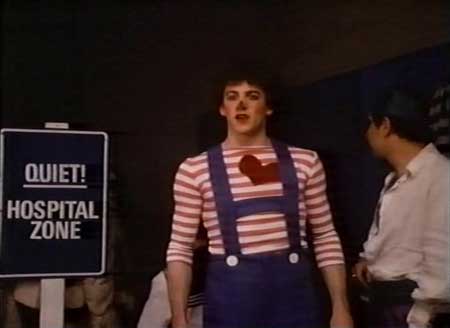 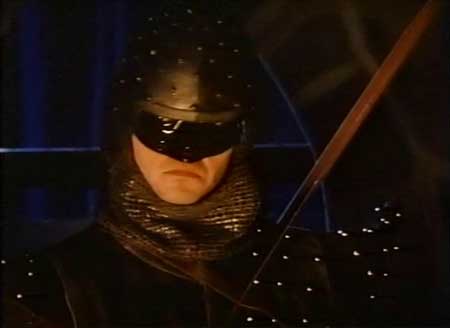 I’ll admit that it sounded like it could be interesting but after the horrible opening scene (that takes place in the 1300’s) I just got a bad feeling that I was in for something quite painful and I was right. After this horrid opening we are transported through time to 1982 and meet our main character Adam (who is pretty talented at just walking around looking confused or angry and being a dick to his friends and others in general). We get to watch him do amazing things like play a role playing game, argue with his dorky friends, and then attend a really lame talent show (don’t know why it was called a talent show since no one seemed to have any actual talent) where a goofball magician (that sort of reminded me of the short-lived WWF wrestler Phantasio that made one whopping appearance in the ring back in the day) awakens the curse inside him and makes him a killer.

From there we see Adam go about killing people while wearing ridiculous costumes in between shots of a dude putting a puzzle together (still with me? I can’t blame you if you aren’t).  Now you may be thinking to yourself Come on Todd, it doesn’t sound THAT bad! but trust me. It is. It’s so bad that I can’t really put it into words how bad it is. It is one of those movies that you just have to suffer through yourself to see how terrible it truly is (though I wouldn’t recommend you doing so for your own sanity). 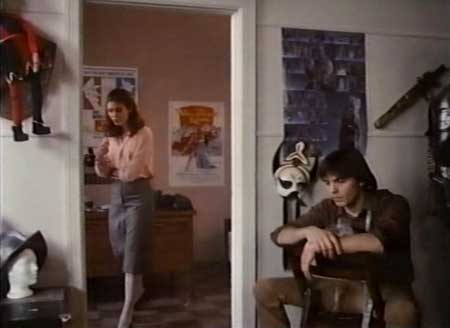 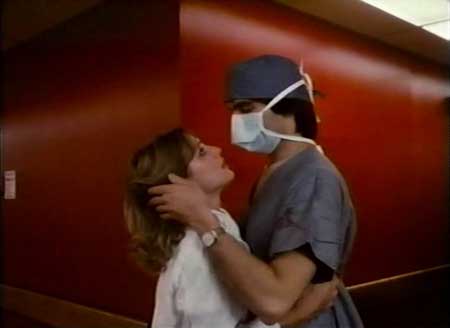 While there are many things wrong with Skullduggery such as an idiotic plot, piss poor writing/directing (there are some scenes that are so bad it literally gave me a headache while I was watching them), and completely unlikable characters without a doubt the acting was the absolute worst (and that is really saying something considering). 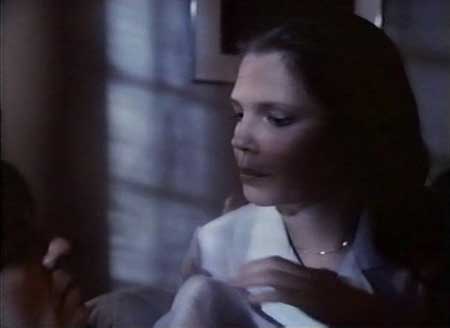 I’ve seen better acting in toilet paper commercials and everyone involved should be ashamed of themselves. While there isn’t a single person in this turkey that can act the worst is Thom Haverstock who plays our hero Adam. In a lot of ways I feel very bad for him because I don’t think it is entirely his fault as his lines are just so horribly written that even the greatest of actors would have struggled in the role. I hate to say it but he makes a complete and total ass out of himself throughout the film and I think he deserves at least a little bit of sympathy because he had to know that his performance was nothing short of terrible. David Calderisi is almost as bad in his challenging dual role as the evil sorcerer at the beginning of the movie and Dr. Evel (Oh My God. His name is Dr. Evel. I swear I am not making this up) later on. He reminded me of a bad Flash Gordon villain and every scene that he is in is nothing short of laughably bad. Think about the worst acting you’ve ever seen in a movie and then multiple it by about 100 and you’ll get an idea as to what I am talking about here. 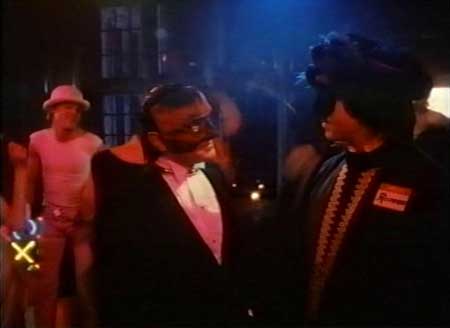 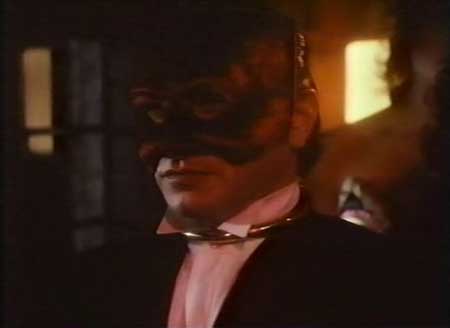 I could go on forever about how bad Skullduggery is but I think I’ve said enough. God knows that it has taken enough of a beating from a ton of other reviewers over the years and there’s really nothing more that I can say about it that hasn’t already been said. While it is a horrible train wreck of a film I can’t help but feel a little sorry for some of the people that were involved with it. Did they honestly look at the final cut and think that it was a quality film? 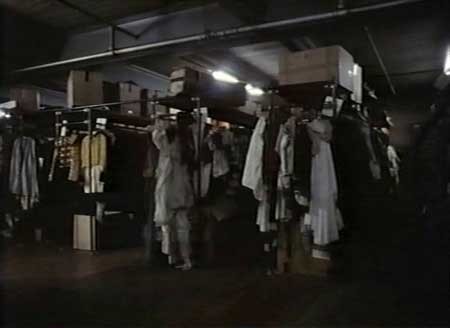 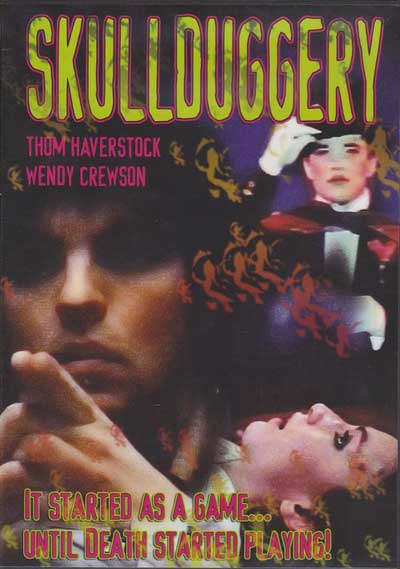 I mean come on, they had to know that it was terrible while they were in the middle of making it so I guess I have to admire them a little for not just giving up and powering through until it was completed. It has pretty much nothing going for it and I wonder if there is someone out there in the world that truly loves it and would argue that it is a great movie. Avoid unless you are into horrible films with bad acting, a confusing premise with tons of plot holes and a ridiculous ending that doesn’t make a bit of sense.  Check it out if you are curious (or just a glutton for punishment in general) but keep in mind you are in for a very painful experience that you may never forget.