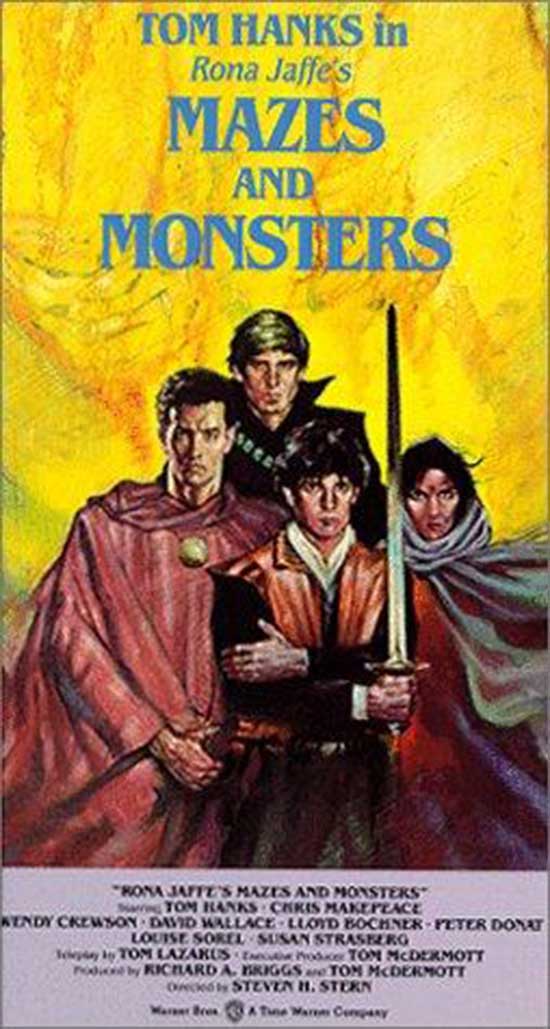 Bound together by a desire to play “Mazes and Monsters,” Robbie and his three college classmates decide to move the board game into the local legendary cavern.

The 1982 film Mazes and Monsters is interesting only in the sense that it is completely and utterly full of crap. An adaption of the Rona Jaffe novel of the same name, it was based off the real life case of a James Dallas Egbert III, who in 1979 disappeared from Michigan State University. Jaffe was anxious to sensationalize the story even more than it already had been before someone else could beat her to the punch. Too bad Jaffe apparently couldn’t be bothered to do proper research and just went by what she read in some news articles. She also wasn’t terribly concerned with such things like facts or the truth. 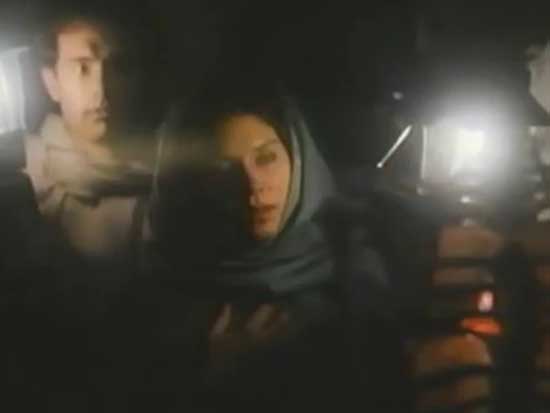 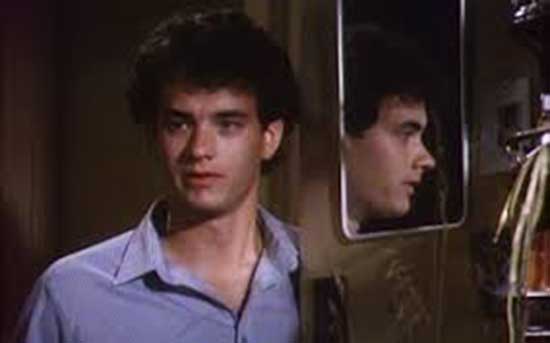 The movie is the story of 3 college kids at Grant University who were really into playing a role playing game called Mazes and Monsters. They needed a fourth player to fill out the group, and they managed to convince a new student named Robbie (Tom Hanks) to join them. To increase their immersion into the game, they start live action role playing the game in some caves not far from the campus. During one such gaming session, Robbie’s ability to discern fantasy and reality completely crumbles. He starts sinking deeper into delusion and simply disappears. Worried about his well being, his friends begin to try to track him down before something dire happens.

Mazes and Monsters isn’t completely without positives. It does a decent job establishing that some of the characters have their own troubles and issues, and that playing the game “Mazes and Monsters” is a way for them to escape from their troubles and deal with the pressures of their lives.These are characters that are dealing with living up to their parents’ expectations, feeling alienated, and loss. It also does a great job of hinting at one character being the one to go off the deep end only to have it turn out to be someone else entirely. 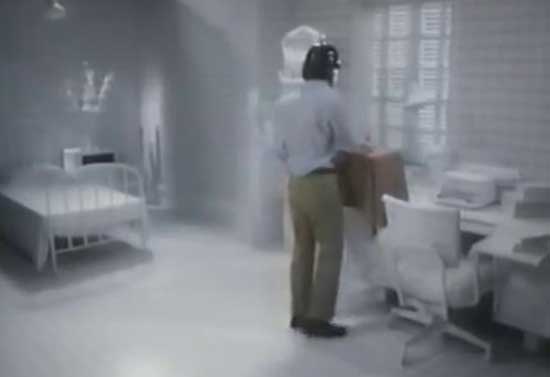 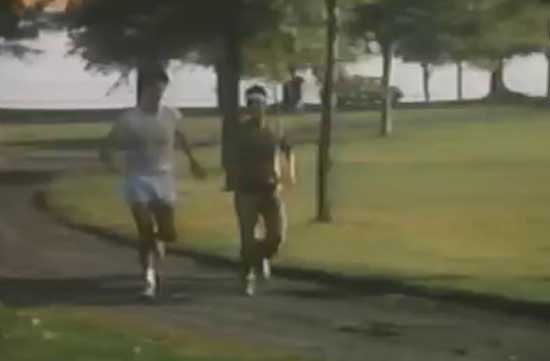 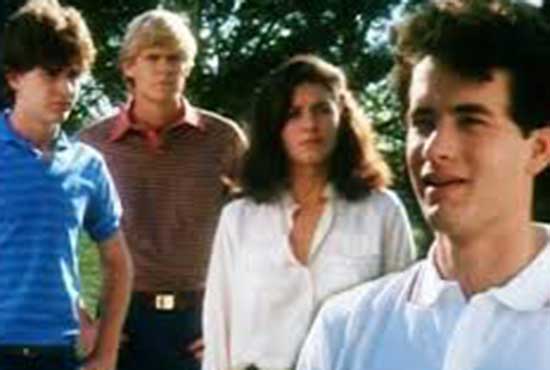 The actors give fairly decent and believable performances for the most part. However, as one would expect, Tom Hanks steals the movie. When his character finally suffers a breakdown and starts having trouble telling fantasy and reality, his portrayal of Robbie’s fear and confusion feels genuine and is heartbreaking. He shows a careful balance of emotions of a person sinking ever deeper into madness. It was a carefully nuanced performance that provided an emotional punch the film needed.

With that said, the movie has its flaws. It does get a bit hokey at times, particularly the couple of times they used special effects to show what’s going on in Robbie’s fevered mind (his dreams and a hallucination he has while playing Mazes and Monsters). The effects are cheesy looking as hell.When the characters talk about the game, which is basically Dungeons and Dragons under a different name, it’s obvious that whoever wrote the script never actually played the D&D. They also don’t take the time to explain enough details to let the audience know why certain things are important. Anyone remotely familiar with D&D will just role their eyes whenever someone says stuff like “Robbie’s level 9!” without giving any kind of context to what that means. However, here’s main problem of the film:

It’s trying to blame a game for the problems of a troubled mind. 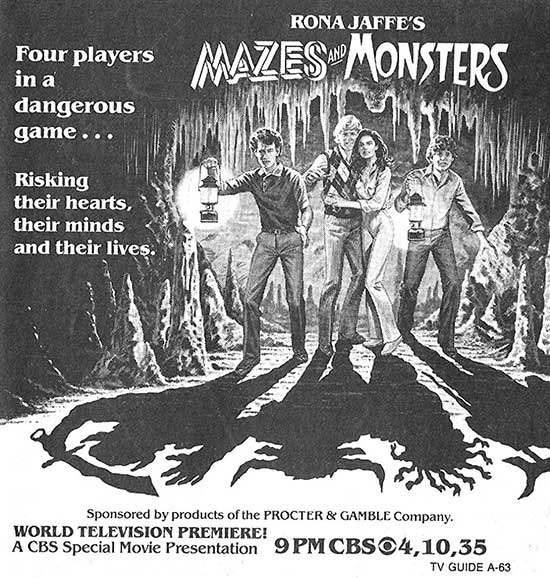 The actual case of James Dallas Egbert III got a lot of media attention when he disappeared. The family had hired a private investigator named William Dear. Some people have accused Dear of being a shameless self-promoter and someone who enjoyed media attention, and the way he played up to the camera whenever he got the chance does lend some credence to that accusation. When asked about his theories by the press, he was all too happy to spout of whatever came to mind. One of those theories was that Egbert’s involvement with Dungeons and Dragons played a part in the case. The media was quick to play up the role playing game’s alleged involvement.

The truth of the matter is D&D had nothing to do with Egbert’s disappearance, and even Dear himself admitted years later that he never had evidence to support the theory. He just shot off his mouth. Egbert had gone into the steam tunnels under the university he attended to commit suicide. When his attempt didn’t succeed, he ended up going from one friend’s house to another until he took a bus to New Orleans which is where he was eventually found. A few weeks after he was reunited with his uncle, Egbert committed suicide. He was a person struggling with depression and a myriad of other problems that, as far as anyone could tell, had nothing to do with D&D. Of course, this didn’t bother Rona Jaffe because a person committing suicide due to depression issues isn’t as sexy and profitable as someone committing suicide because of a game. 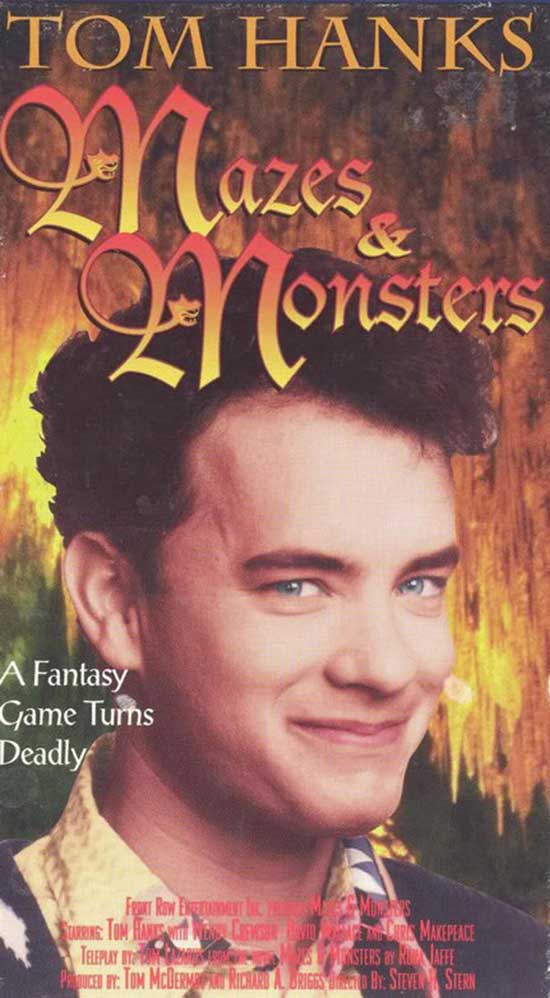 By trying to say that a game is the reason why a person goes off the rails, just like William Dear once said about the Egbert case, without actually looking at the actual problems of the character that would lead to such an event was just lazy. While it does establish that the characters have their problems, it never does a good enough job of showing the extremes that it would take for someone to reach that point. While it laid the groundwork to have Robbie be the character that suffers a breakdown, it doesn’t show us any believable stressers that makes his eventual descent into delusion believable. Can someone really lose their sense of reality while playing a game? Yes, if the person in question already suffered from severe psychological issues and already experienced problems telling fantasy and fiction apart. The trauma Robbie did suffer, which is the disappearance of his brother, was never a believable catalyst for madness. 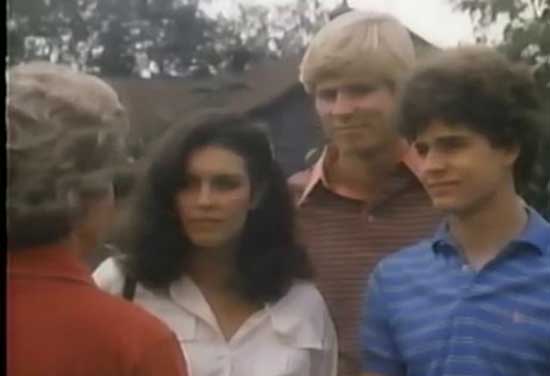 Overall, this movie isn’t worth your time. It’s core concept is half-baked and obviously thought up by someone who never bothered to look into the psychological extremes it would take to drive someone to delusion. As a result, the overall film falls completely flat. It comes across as a cheap and crass attempt at cashing in on a real-life tragedy written by a lazy writer who didn’t care about facts. While Tom Hanks gives a great performance, it’s not enough to make anyone waste their time on a movie that feels more like a tabloid headline come to life than an actually well thought out look into mental illness.