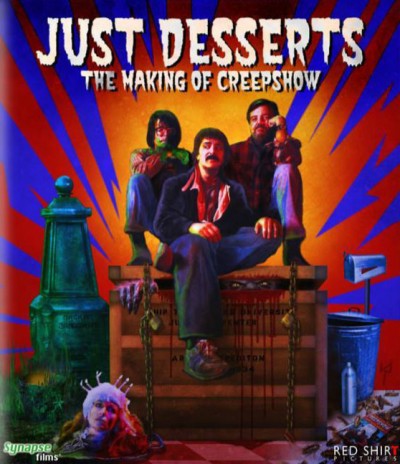 In 2007, Universal Home Video released a 2-disc DVD set in the UK in Region 2 PAL format with a wonderful documentary produced by Michael Felsher of Red Shirt Pictures entitled Just Desserts: The Making of Creepshow.  A highly entertaining and long overdue look behind-the-scenes of one of the most entertaining horror films of the 1980’s, Just Desserts has, to my knowledge, never been released on any home video format here in the States, however it has been picked up by Synapse Films for release on DVD and Blu-ray later this year.  This documentary will include many newly-produced extras just for this release:

– a commentary by Michael Felsher

– extended interview outtakes from the documentary

– the 1986 Paramount Home Video documentary Scream Greats Volume 1 which focused on Tom Savini.  For those of you who either don’t remember or who weren’t born yet, Paramount Home Video had released two volumes of this Scream Greats series 30 years ago, made specifically for the home video market.  They were released on videocassette (VHS and Beta) and on laserdisc and were presented by Starlog Video as part of the short-lived Fangoria Video Magazine Series.  Volume 2 focused on Satanism and Witchcraft, but no further documentaries were ever released, which is a shame because the cover artwork was beautiful. 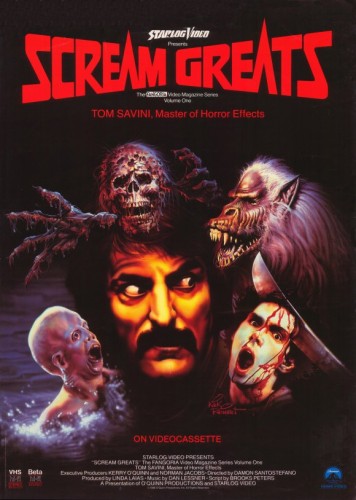 Really looking forward to this one!