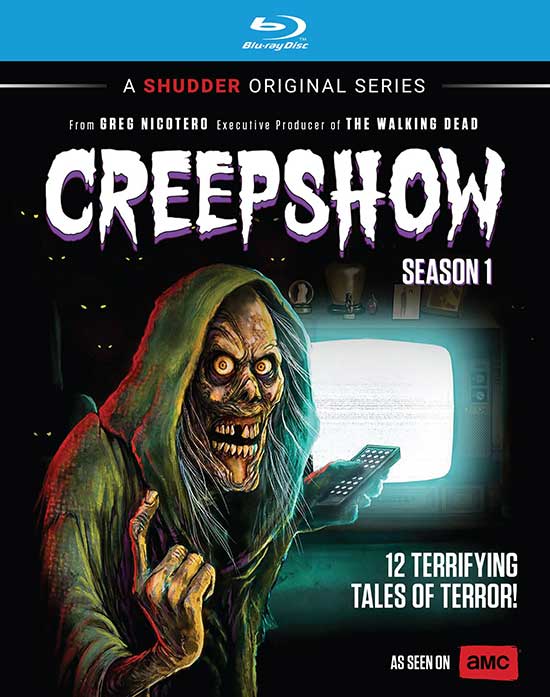 CREEPSHOW Season 1, the new anthology series based on George A. Romero’s 1982 horror comedy classic, is still the most fun you’ll ever have being scared! A comic book comes to life in a series of twelve vignettes over six episodes, exploring terrors from murder to the supernatural and unexplainable. Haunted dollhouses, werewolves, murderous goblins, villainous trick-or-treaters, the dead, and medical marvels are just a few of the things to watch out for in this new series. You never know what will be on the next page…

These releases contain extensive bonus materials including over 3 hours of interviews, featurettes and behind-the-scenes footage, audio commentary tracks with the cast and crew for each of the episodes, and a 24-page comic art booklet.

Special features on the DVD and Blu-ray include: