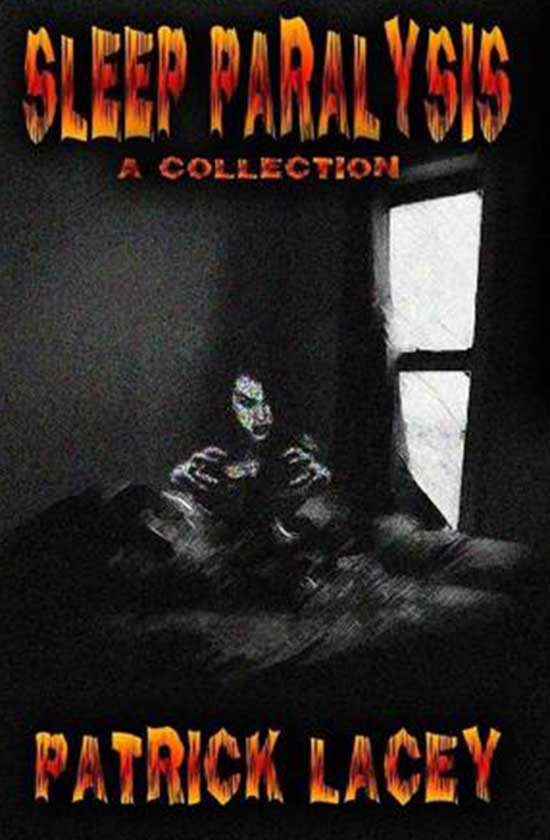 A collection of eighteen short stories with a common thread of what lurks in your subconscious at our most vulnerable times.

Worm Garden: Josh and Charlie, two paranormal investigators will stop at nothing to capture the oddities of Worm Garden, even if it comes between them.

Pen Pals: James quickly learns from his new friend Simon to be careful what you wish for.

Drowning in Filth: Danielle, a reality T.V. show host learns there’s more than meets the eye where hoarding is concerned.

Lost and Found: Henry vies to stop a maniacal killer under less than conventional methods.

Send Your End: Marissa develops an addition to a website that has dyer consequences.

The Lynnwood Vampires: Teenaged Alyssa will do anything to feel accepted. Her parents ponder if she’s gone too far.

Norton: After Richie and Heather separate, their daughter finds a token of unusual semblance.

Lost Things: A homeless man struggles to avenge the abandoned.

The Boss: Perkins doesn’t think he can cut the mustard in the fast food industry.

Big Bertha: There are some duties added to Christopher’s job at the arcade that could soon mean game over.

Full Disclosure: Spirits vie to conquer Adriana in her own apartment, one to save her, the other to tear her soul apart.

One of the peril’s of being a novel critic is the sheer volume of reading material forwarded your way. Since contributing to Horrornews.net for just over six years, at least four of those years, authors have been taking the liberty to approach me directly. For varying reasons as unique as each author him or herself, they feel confident in the comprehensive write ups that will be provided and skip the middle man of reaching out to the editor directly.

As a result, the submission pile, whether alarmingly high in physical paper or electronic infinity, the sheer volume of reading material is enough to last a lifetime. So, it is circumstances such as these that reviews go up at a rather embarrassing timeline after the works was actually sent. I trust author Patrick Lacey knows how the game works and hasn’t lost complete faith in this review’s timeline. Life gets in the way sometimes and we must play catch up and I trust this review is as equally translatable now as it was at the time of this spell binding anthology’s release.

Each of the eighteen-tales found within are relatively brief but equally compelling tales. Lacey’s ability to captivate a reader’s attention instantaneously and keep them engaged until the heightened climax is most noteworthy. In a society that has been deduced to a depressing short attention span, it is evident the author bears this in mind and manages to maximize the audience’s attention without a moment’s hesitation along the way. Sleep Paralysis is the type of collection that can be returned to time and again. Ideal for the morning or evening commute, killing time in waiting rooms or even getting comfortable in your favorite easy chair, Sleep Paralysis is the ultimate in short story escape.

Lacey seems to have a firm grasp upon his market. These endeavors appeal to a large readership. Each story continues to build momentum in the intrigue department all the while cementing a place of validity as effective stand-alone stories. I envision each of these tales making an effective impact just as equally on their own or combined in the collection. I see a reader referring a potential story to a fellow avid reader, excitedly proclaiming, “have you ever read any Patrick Lacey’s stuff? Oh man, you’ve just got to.”
Perhaps not the most thought out of ideas right prior to retiring for the evening. That is unless of course you don’t mind some tossing and turning in your immediate future.

The author has an unprecedented ability to draft and create characters that are easily relatable and intriguing. We see a little of ourselves in each the protagonists’ morals, values, interactions and mannerisms. Creating believable, likeable characters we can suspend a sense of empathy towards, makes Sleep Paralysis a read we’re psychologically invested in, even if we’re unaware of it on the surface.

Patrick Lacey manages to flex his diversity in format. Versatility is most admirable and evident throughout this collection. From his gripping novella, A Debt To Be Paid to Sleep Paralysis, and everywhere in between we get a glimpse that the author is far from a one trick pony and can provide allure in the context of a well rounded, polished novel or in a collection such as this. No easy feat for any writer and he should be commended for his efforts. Any writer vies to enhance mass marketability and its conclusive that Lacey has managed to achieve this in spades.

Most of all the author manages to provide a certifiable insatiability factor, the reading audience always wanting more. Readers will continue to flock to future endeavors and this critic will be keeping a very close eye on what’s in store on the horizon.