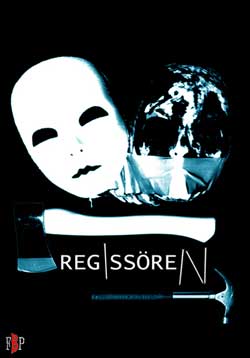 A director falls into insanity because of the films he is making, and we follow his attempt at making his last film, an anthology of surreal films.

ok kids. Got a feature for you this time. It was sent to me as a short film, but with a run time of one hour and ten minutes, obviously it isn’t a short.

So today we have Regissören (the Director) from Film Bizarro Productions. The film was written by Ronny Carlsson and Preston Carnell, and directed by Ronny Carlsson, who also plays the main character. 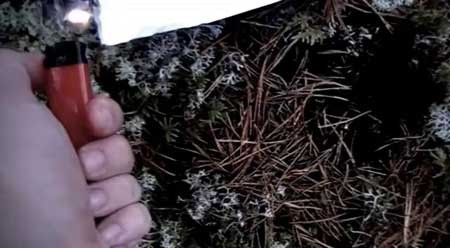 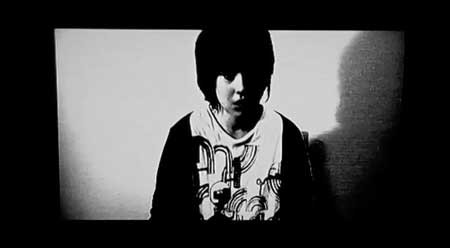 The story is part of a trilogy, the first parts being two short films – Video Geisteskrank and My Monster. The underlying message in all three is the same. However, it does fine as a stand alone.

The film is in Swedish and English alternatively, with English subtitles. According to my research, the film’s budget is about 200 dollars. But don’t let either of these things put you off.

Shot mostly as a first person shooter film, we come into the story as the director is trying desperately to get his low budget film made. Actors keep flaking and dropping out, and he gets more angry and frustrated as time goes on. The director so wants to finish what he feels will be his last project. 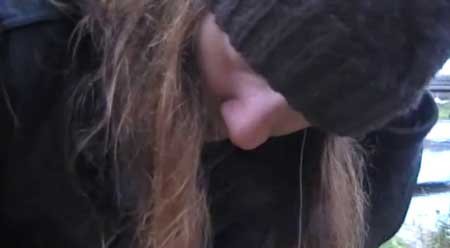 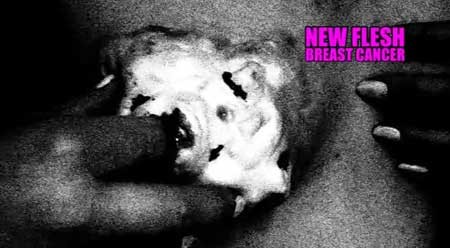 Now I realize the summary says this is an anthology film, and it is…sort of. See, there are a lot of different elements at play here. Yes, there are vignettes that come throughout the film, but in between those vignettes is a sort of video diary that the director is making expressing his frustration in completing the project.

This is Mr. Carlsson’s first feature length film and is described by the director as an experimental film. That it is, to be certain. It’s hard to grasp at first. To be honest, I was halfway through it before I finally realized what I was watching.

It took me a while to figure it out, but there are actually three stories going on here. Each vignette relates to something in the previous vignette, creating a connected story. Then of course, there are the in-betweeners following the director’s story in trying to get this thing made. Then there is an overall story being told by both the vignettes and the video diaries together that follows the themes of the prequel short films. It’s really genius, and amazingly clever. 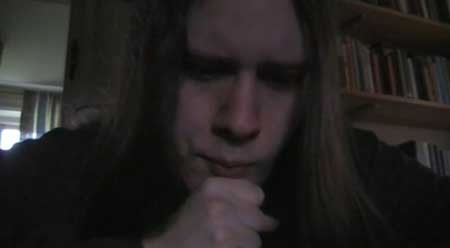 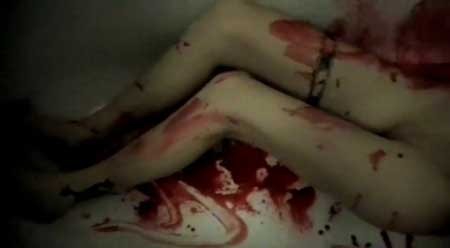 The drawback is mucking through the weirdness to come to that realization. The story telling doesn’t seem to be linear and gets pretty confusing in the first 20 minutes or so. Once I figured it out, I was able to settle in to the film. There’s probably a lot that is open to viewer interpretation, and I think the filmmaker meant for that to be so. I would be lying if I said I fully understood everything I watched, but I definitely came away with a level of understanding for myself.

Let’s talk a bit about the vignettes. As I said, taken together the vignettes create one of the three stories in the film. I don’t really want to spoil anything, but there are seven vignettes. They increase in complexity as the film goes on. The one I found most fascinating is called “Decay of the Dialectical”, in which the director is having a conversation with someone about the state of cinema. This particular segment is very self-aware of it’s place in the film, and while that should have been annoying, it was actually a stand out moment for me.

I would also like to mention two segments called “The Last Body Awareness Film”. There is a part one and two. On the surface they are breast cancer awareness PSAs but in the overall scheme of the film, they are much more. Another stand-out vignette is called “Televictim”. I won’t talk about it anymore than to say it is a very powerful segment.

The special effects are quite good. All practical stuff, as far as I could tell. Mr. Carlsson, along with fellow actor Amelie Malmberg, created the effects. They had worked together previously on one of the prequels for this story, My Monster.

There’s a lot going on in this film and a fair amount of it is disturbing. I don’t see this as a horror film as much as it might be a phsychological exploration of some sort. Yes, there are horror elements in it. But viewers should be prepared for some really uncomfortable and disturbing scenes. I don’t think this film is for everybody.

So on a scale of one to ten, ten being awesome, I’m giving this film 8 cables.