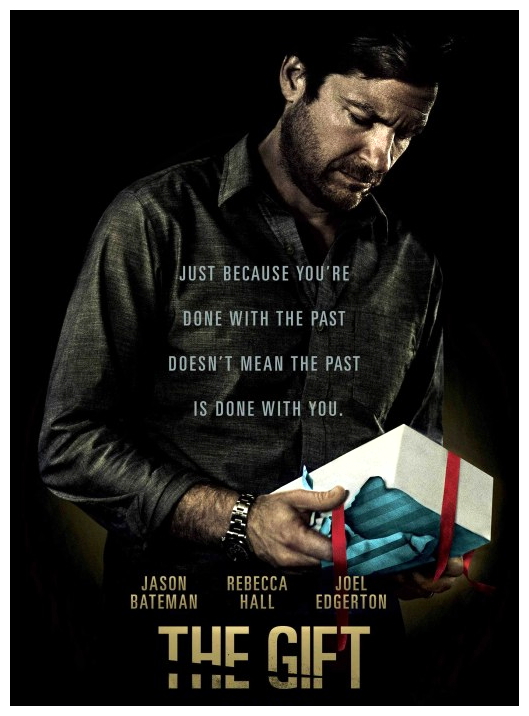 SYNOPSIS:
“Simon and Robyn are a young married couple whose life is going just as planned until a chance encounter with an acquaintance from Simon’s high school sends their world into a harrowing tailspin. Simon doesn’t recognise Gordo at first, but after a series of uninvited encounters and mysterious gifts prove troubling, a horrifying secret from the past is uncovered after more than twenty years. As Robyn learns the unsettling truth about what happened between Simon and Gordo, she starts to question: how well do we really know the people closest to us, and are past bygones ever really bygones?” (courtesy IMDB)

REVIEW:
Blue-Tongue Films, an Australian film collective established 1996, is not so much a production company or business, but simply a loose group of friends who look to each other for help and inspiration. Nash Edgerton, a seasoned stuntman of many blockbusters, formed Blue-Tongue with his actor brother Joel Edgerton and Kieran Darcy-Smith, fresh out of drama school. Their ranks have grown to include Luke Doolan, Mirrah Foulkes, Tony Lynch, David Michôd, and Spencer Susser (the lone American amongst the Aussies). The members of Blue-Tongue are typically scattered across the credits of their output: feature films The Square (2008), Animal Kingdom (2010), Hesher (2010), and Wish You Were Here (2012); short films Spider (2007), Crossbow (2007), I Love Sarah Jane (2008), Miracle Fish (2009), and Bear (2011); and music videos for Lana Del Rey, Bob Dylan, Empire Of The Sun, Eskimo Joe, Evermore, Brandon Flowers, Missy Higgins, Ben Lee, and The Veronicas. Joel Edgerton, who has already scripted three previous features – The Square (2008), Felony (2013), The Rover (2014) – can now add ‘Feature Director’ to an already impressive résumé. 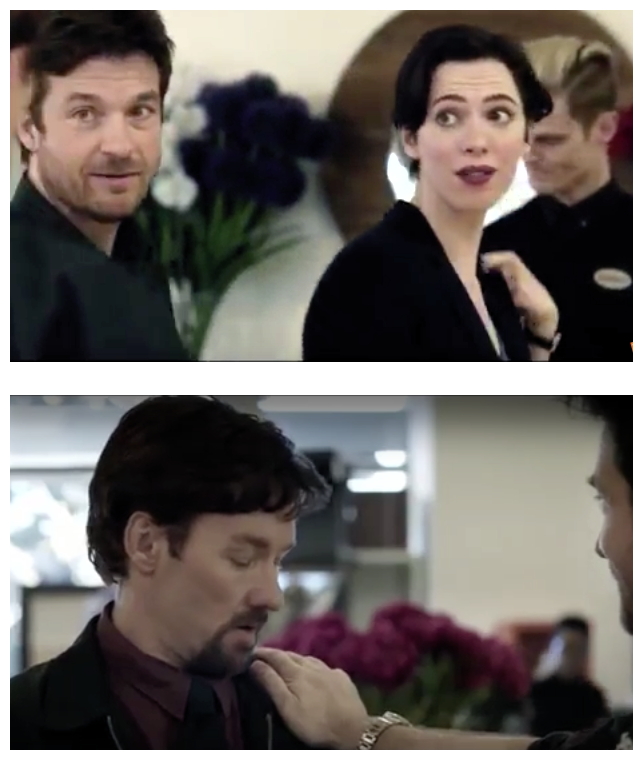 The Gift (2015) is his first real stint behind the camera calling the shots, while also writing the script and starring as a creepy guy named Gordo, who attaches himself to the lives of married couple Simon (Jason Bateman) and Robyn (Rebecca Hall). Originally written under the title Weirdo, it’s a cautionary tale about the sins of schoolyard past returning to demand penance. Judging from the publicity, The Gift looks like one of those ‘stranger from hell’ thrillers popular during the eighties and nineties, films like Pacific Heights (1990), Single White Female (1992) and The Hand That Rocks The Cradle (1992). Joel, however, was determined to go against the established formula: “The initial impulse for the film is this idea of being twenty-five years out of school and getting that tap on the shoulder from someone you knew from school that you didn’t treat to well. The real rule of suspense thrillers is that the audience should never know where they are or what’s around the next corner, and that became the tone for me. Whatever I think the audience is going to expect, let’s do something else. Those movies help us because when the second act comes along and my character somewhat recedes into the shadows, all those other movies create an expectation that I’m going to pop out at any second, and I really relished the ability to build a plot based on being subversive to those other movies.” 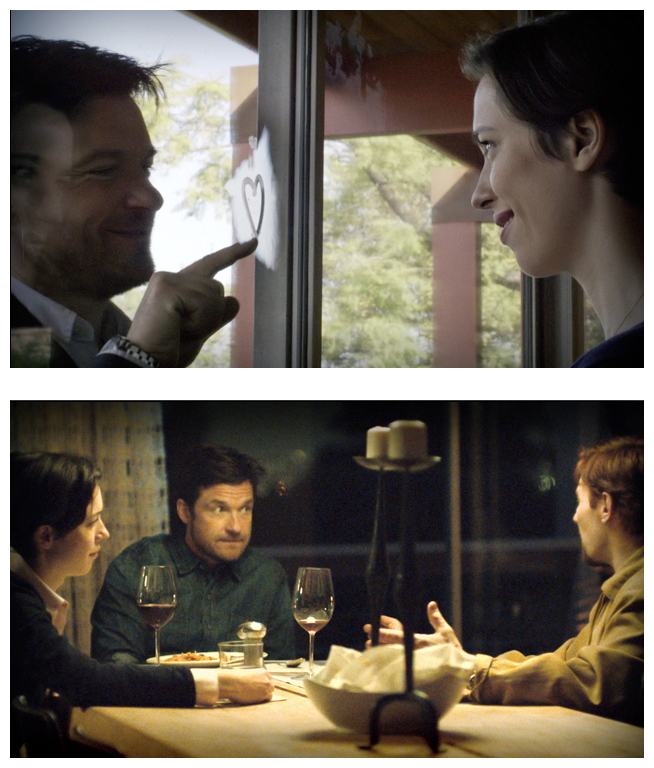 Joel cites the Michael Haneke thriller Cache (2005) – in which a married couple are menaced by an unseen antagonist with knowledge of the husband’s past – as the template for The Gift: “You didn’t even really meet the antagonist in the movie, and yet you were so unsettled as a result of the pressure put on the relationship. The relationship, and how it was being dismantled, started to take the foreground focus. That was the lesson that convinced me we could succeed in doing a movie that wasn’t typically a buckets-of-blood kind of thriller. I knew it wouldn’t cost very much money, and I knew if I was going to direct my first movie, no one was going to give me tons of money. Then there was the fact I wanted to play Gordo, I wouldn’t have to be directing and acting every day. I think I was in front of the camera for like six days in twenty-three. It felt manageable.” Joel didn’t start filming his role until two weeks into shooting, devoting that time solely to directing. Once it came time to film Gordo’s scenes, brother Nash assisted behind the camera. Joel dyed his hair reddish-brown to give his character an off-putting look, and wore brown contacts to imply that Simon’s child could be his. 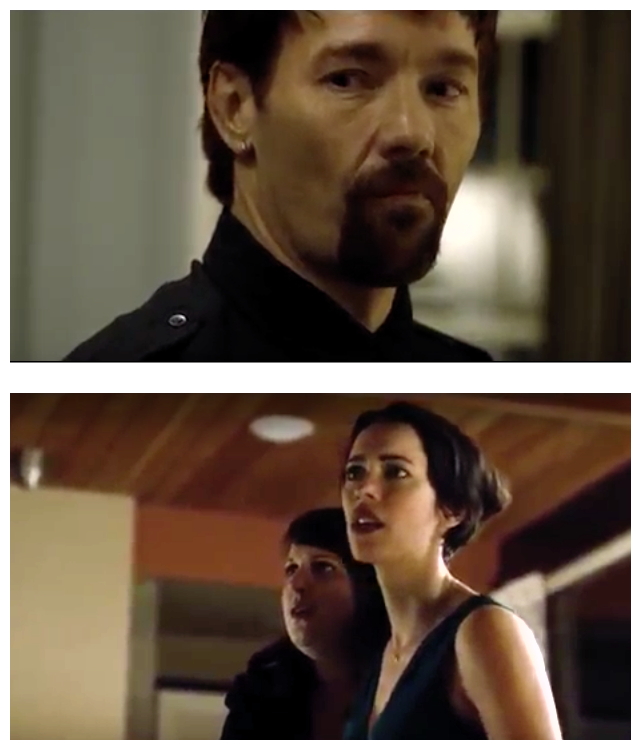 Best known for his roles in films like Star Wars II: Attack Of The Clones (2002), Warrior (2011), The Thing (2011) prequel, Zero Dark Thirty (2012), The Great Gatsby (2013), Exodus: Gods And Kings (2014) and Black Mass (2015), Joel has worked with filmmakers as diverse as Kathryn Bigelow, George Lucas, Baz Luhrmann, Gavin O’Connor, Ridley Scott, and Matthijs van Heijningen Jr. “Every director I’ve worked with has rubbed off on me in some way. How decisive and well-prepared Ridley was, the same with Scott Cooper, incredibly well-prepared and an ability to work with actors. But mainly it was the austerity, style and substance of directing that my brother Nash and David Michôd apply to their work. Really just treating the story in simple terms, not trying to draw attention to yourself as a director, but knowing where to place the camera to serve the story.” 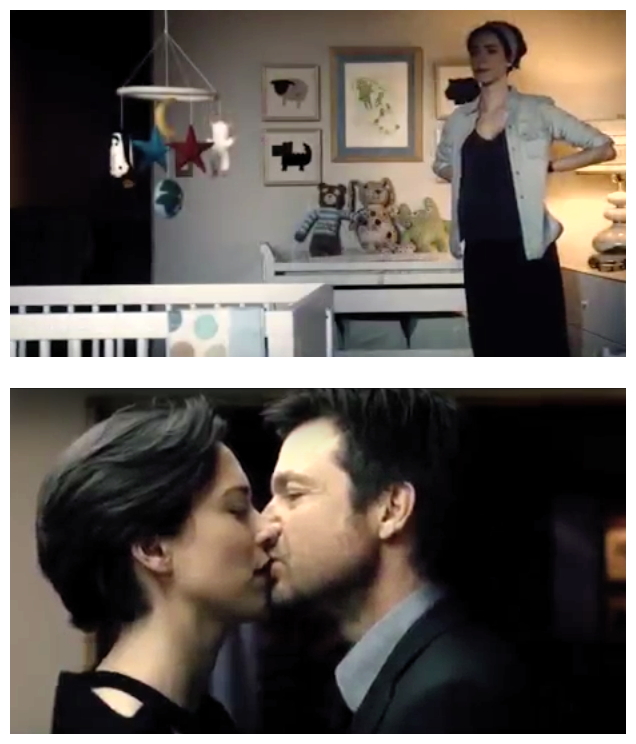 The Gift was met with acclaim by critics and audiences alike, earning him a Directors Guild Of America nomination for Best First Feature Film. Critic Katie Walsh wrote, “(Joel’s) deft, controlled maneuvering of plot, character, style and tone is damn near perfect for his feature debut,” and Rotten Tomatoes states, “The Gift is wickedly smart and playfully subversive, challenging the audience’s expectations while leaving them leaning on the edges of their seats.” Joel: “We succeeded in the end of Summer Blockbuster season, which was amazing, given that you’re competing against pre-existing franchises with an original story, which is very hard. I just love it when new shit comes out, otherwise Hollywood will cannibalise itself. They’re rebooting shit every year and it’s all valid stuff and people pay to see it, but I just love original stories.” 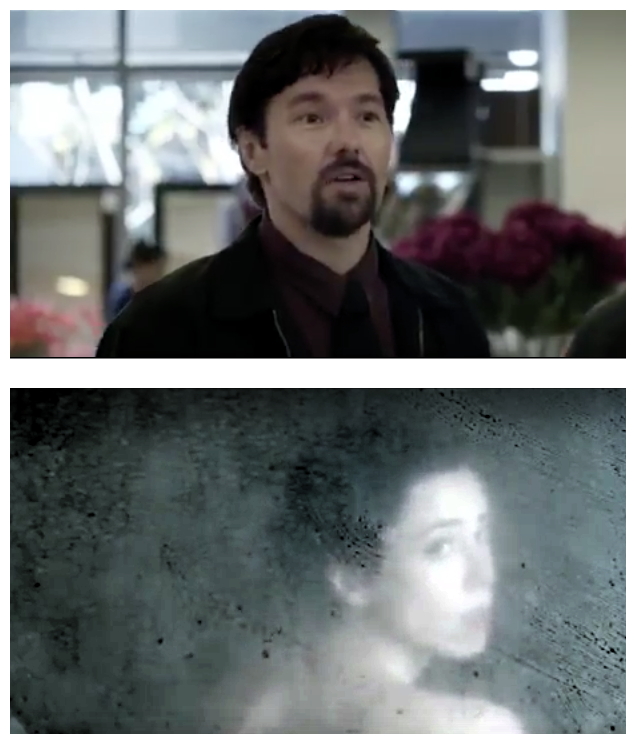 Short films are still Blue-Tongue’s training ground, a way to get their names out there, prove themselves capable to investors, and become familiar with every aspect of the filmmaker’s art. More than anything, the group functions like a support system. They share each other’s scripts, seeking constructive feedback. When one succeeds, it only makes the others more confident that they might be as well. Their films share a gritty realism. They constitute one of the most exciting, hard-earned movements in years. Film Comment hailed them as the next ‘New Wave’. It’s inspiring to see a group of filmmakers, thousands of miles from Hollywood, striving for years to build themselves into feature film directors. Right now I’d like to thank Stack Magazine #135 for assisting my research for this article, then politely invite you to return next week with a stout heart, an iron stomach and a titanium bladder for another head-melting romp through the garden of unearthly delights known as…Horror News! Toodles! 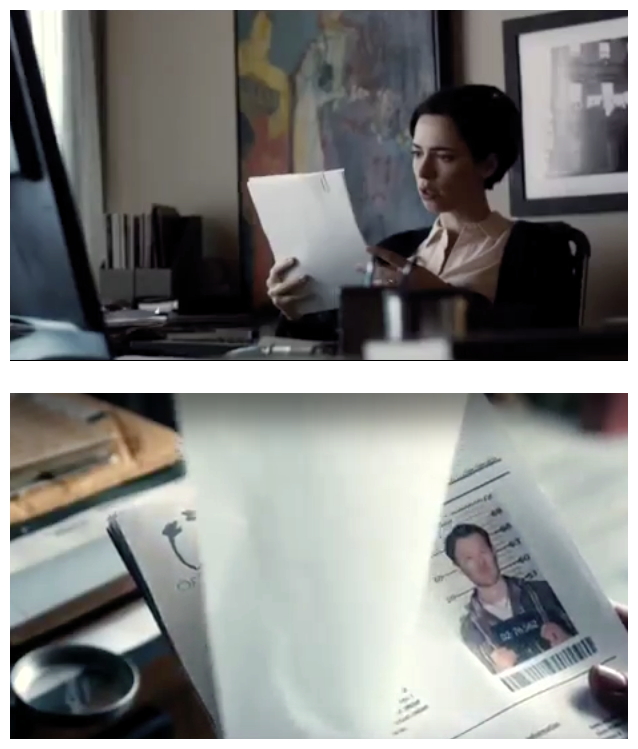 Addendum: Spoilers Ahead! Over the course of the film, Gordo gives a total of twelve ‘gifts’ to Simon and Robyn, depending on your interpretation. In no particular order we have: 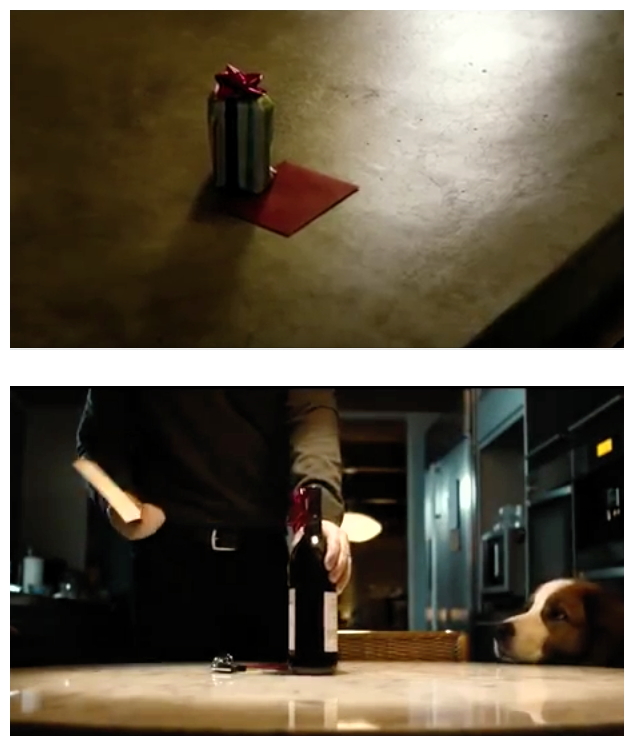 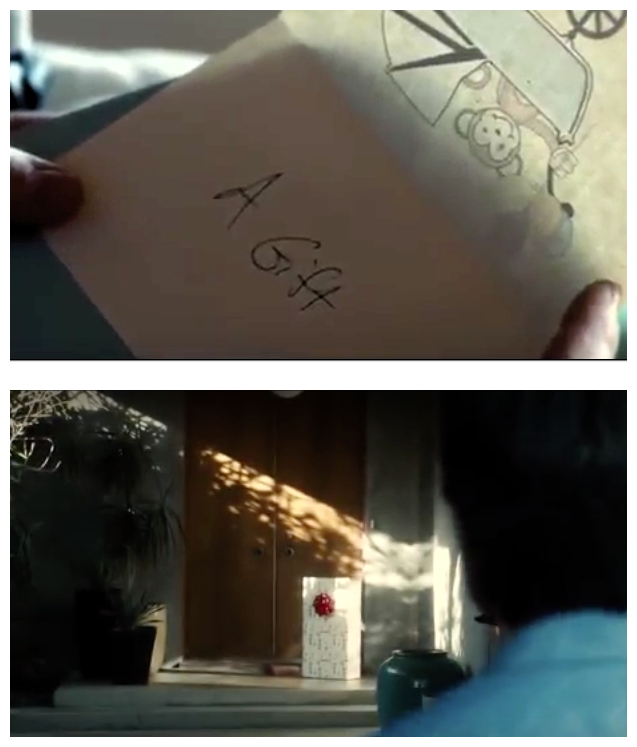 7. The bottle of wine.
8. The apology letter.
9. Glass cleaner for their windows. 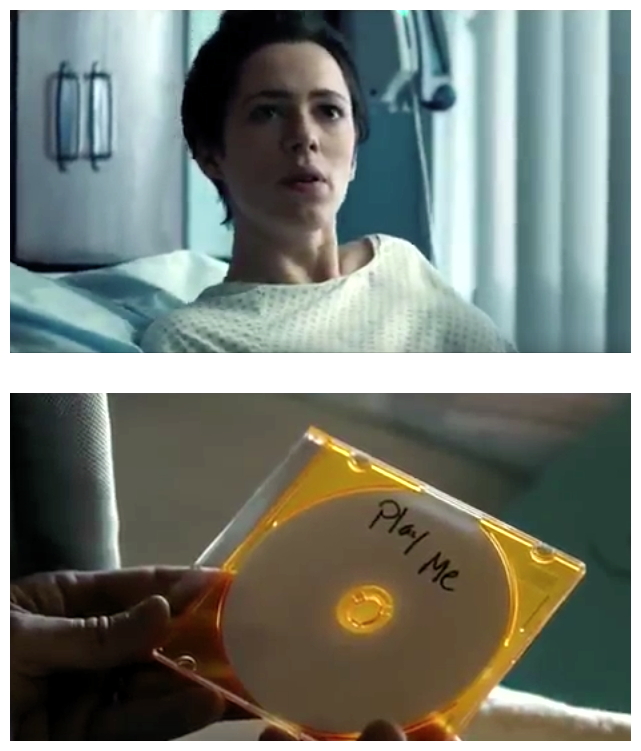 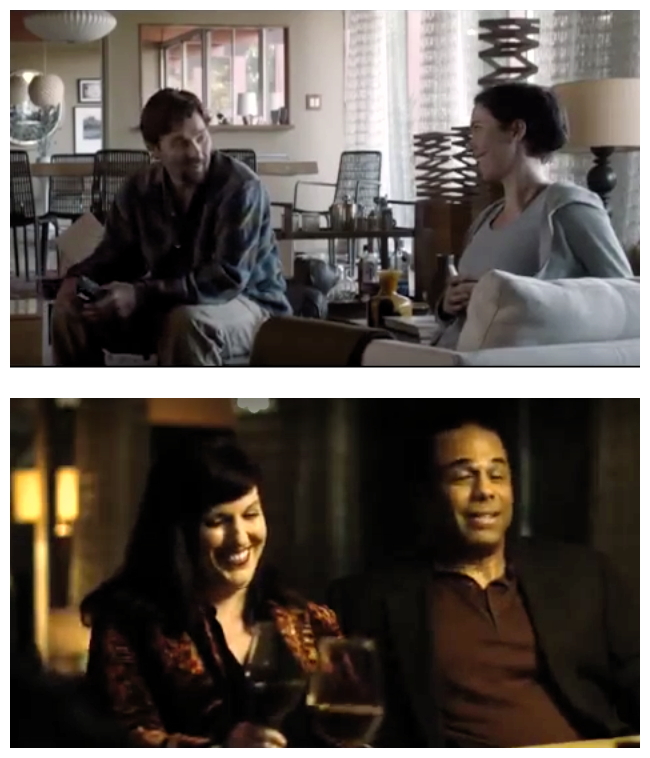