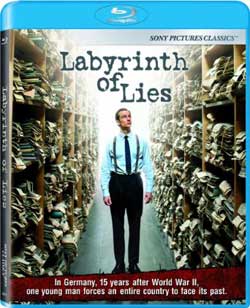 Upon learning that many former Nazis returned to their pre-war lives with no penalty, an ambitious German prosecutor (Alexander Fehling) vows to bring them to justice.

I love a good history-based movie. “Labyrinth of Lies”, directed by Giulio Ricciarelli is a a 2014 German film  released in the USin 2016. The film at its core tells us of how one prosecutor, Johann Radmann (Alexander Fehling) is inspired to find the determination to investigate one of the biggest events in German history, namely Auschwitz.

Auschwitz has long been known for its unspeakable acts and experimentations conducted during Hitler’s reign by the Nazis at a concentration of same name. Germany has long tried to erase this past by letting many of the war criminals from that era go on about their lives freeing them from accountability for the murder and torture of hundreds of Jews. 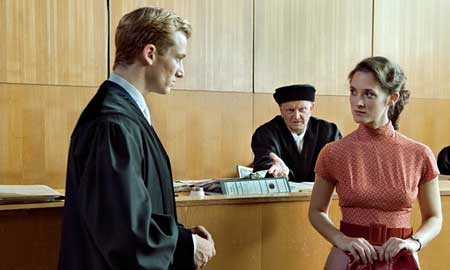 The film “Labyrinth of Lies” follows Radmann as he undergoes the seemingly impossible task of bringing Germany to justice by researching and hunting the offending officers of the famed Auschwitz extermination camp. As his research thickens, he is continually motivated in response to the number of horrendous acts reported from survivors of that era. Radmann’s supervisor Fritz Bauer, gives him the task of investigate the events of Auschwitz and discovering the whereabouts of its biggest offenders. In the discovery, he learns that over 8,000 nazis were involved and virtually dismissed of any accountability. This fueled by reports of those who lived to talk about the event and its numerous acts of terror sparks a mission for Radmann who as a public prosecutor is able to take the liberties needed to seek and arrest those proven to having past involvement. 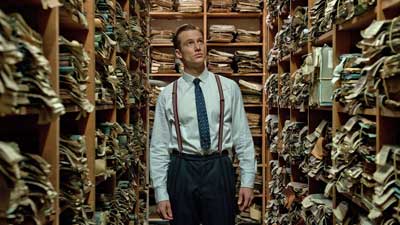 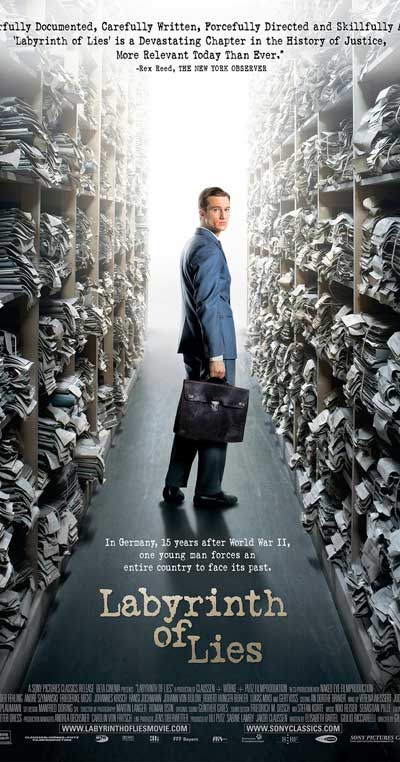 Actor Alexander Fehling plays things calm and calculated as the white-hat prosecutor who lives by a standard of morals and ethics. This grounding keeps Radmann focused on his moral duty to bring the victims of this tragic time to justice. While at times his performance is emotionless, he seems to fit nicely into the character he portrays. Along the way Johann meets love interest Marlene played by actress Friederike Becht, a young seamstress who takes an interest in Johann after reacquainting herself with him at a local party. 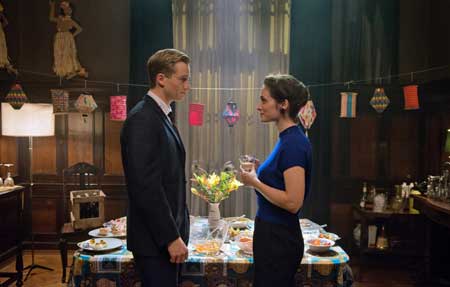 The film is well told and directed bringing much sympathy to the survivors of Auschwitz while also providing a thoughtful drama about the historical events that led up to the Nazi war criminals arrests. We learn of a time when documentation was not easily accessed per modern day computers but per rooms full of old documents that were rarely ever cataloged. We also learn about how Germans at the time were content with just letting things slip between the cracks as perpetrators of atrocities such as Josef Mengele were free to live their lives without recourse. 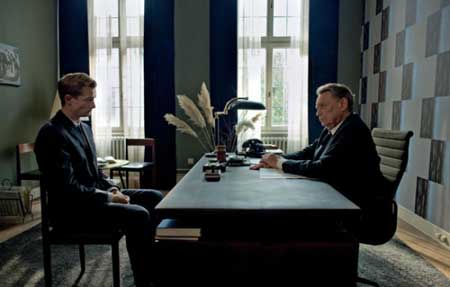 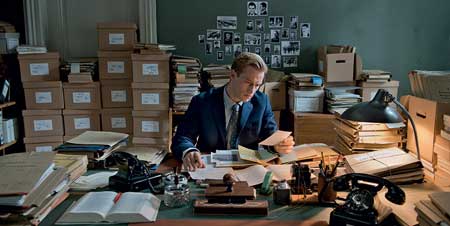 “Labyrinth of Lies” is powerful drama based on true events that delivers its content with care, sympathy, and heart. It’s a film worth seeing for dramatic purposes as well as intelligent film making that reminds us about what sorts of dark events haunt our historical past. It also provides a solid message about perseverance and the triumph of good over evil, at least in some respects.