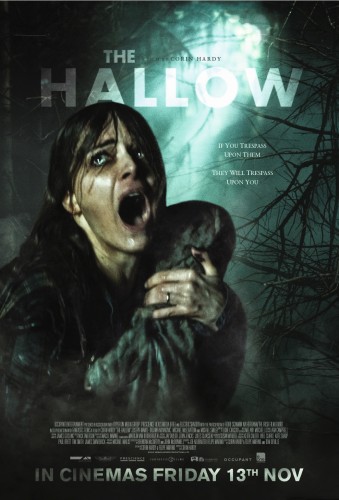 A family who moved into a remote mill house in Ireland finds themselves in a fight for survival with demonic creatures living in the woods.

When I heard they were rebooting THE CROW using the original Eric Draven storyline, I scoffed at the idea. Then I heard about all the probelms, directors and actors jumping ship, I was hoping it would sink. Now I hear about some guy named Corin Hardy who directed some little horror film was now set to direct it, I couldn’t stop shaking my head. Well, the little horror film he directed is called THE HALLOW and it’s really freaking good. So good in fact, I’m actually very curious to see what he does with it visually since this guy does have real vision as a filmmaker and could quite possibly pull it off. Enough about THE CROW, lets talk about THE HALLOW.

Adam (Joseph Mawle) has just uprooted his wife Clare (Bojana Novakovic) and their newborn child from London to Ireland so he can continue his conservationist work. They’ve taken residence in an old home by the woods to be close to his subject. It seems the locals aren’t too keen with them being there, especially his neighbor Colm (Michael McElhatton), who has given him repeated warnings about the evils he could awaken. Adam shrugs it off as just superstition and dives right into his research. He soon discovers a strange fungus growing in and around the home. Clare tries to be as supportive as she can but something doesn’t seem right. One evening, something shatters the window in the room where their baby is sleeping. The police claim it’s a freak accident but that was only the beginning. They’ve awakend something evil, something most have believed to be a silly fairy tale, but it’s very real, and it wants their baby. The desperate parents will have to do anything to protect their child from whatever it is that lies deep within those woods. 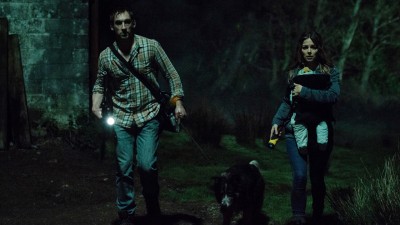 This may be writer/director Corin Hardy’s first feature film, but he has already established himself as a storyteller with a strong visual flare. He seems to have found his visual soul mate with cinematographer Martijn van Broekhuizen. The two of them have created this amazing look for THE HALLOW. The darkness is used with great effect without ever being too dark. The combination of practical and CGI effects is flawless. There are enough practical creatures to excite the traditional fans with a touch of CGI to enhance what’s already there. Some directors just don’t get what fans of these films crave but Corin delivered in spades.

Even if the film delivers in the thrill department, it would be nothing without a compelling story or characters. THE HALLOW delves deep in Irish mythology, using it to build upon and create a terrifying narrative. One of the most frightening things someone could go through is having to protect their child from harm. As a parent, it’s something that will always drive you no matter what. But what if the danger facing your child is something you can’t comprehend? Something you have no idea how to protect them from? It’s the primary question within the film and it really does cut deep. 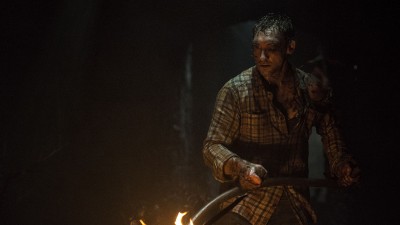 None of this would even work if it didn’t have brilliant actors to bring the characters to life. Jospeh Mawle (ABRAHAM LINCOLN: VAMPIRE HUNTER) and Bojana Novakovic (DRAG ME TO HELL) are so good, they quickly engage the audience with how they handle them. It also helps knowing the characters were written with intelligence, they’re not your typical stereotypes, they could be someone you know, and they feel very real. My only complaint was that there wasn’t enough Michael McElhatton (GAME OF THRONES). His character Colm Donnelly has a very interesting back story and I personally would have liked to been able to see or learn more about him. 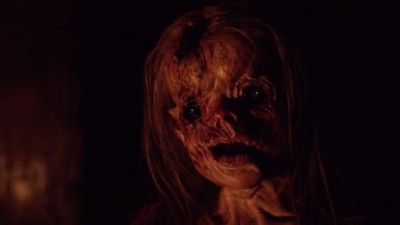 For this reviewer, THE HALLOW did everything right. It delivered a compelling story, interesting characters, and this horrible sense of dread watching this young couple do whatever they could to protect their child. With the story a success, the added bonus of brillant effects and creature design, THE HALLOW triumphantly pays homage to the classics before it while standing very tall on its own. ***** (out of 5) 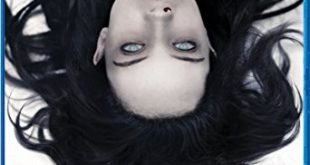 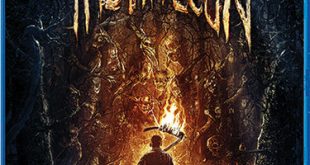