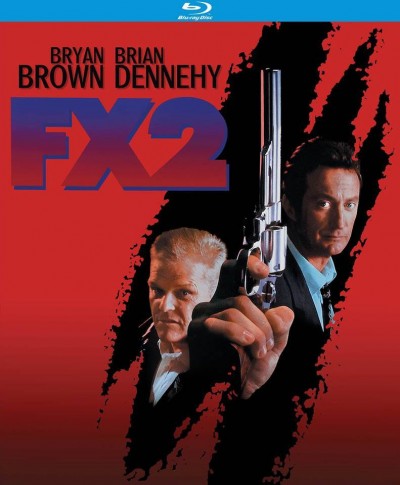 A former movie special effects man turned prototype toy creator finds himself caught up in the very life he thought he life behind.

In this 1991 follow-up to 1986’s immensely entertaining F/X (which I reviewed here), Rollie Tyler (Bryan Brown) is romancing Kim Brandon (Rachel Ticotin) and attempting to get in the good graces of her 11 year-old son Chris (Dominic Zamprogna) while being pleasant to her divorced husband Mike (Tom Mason) who is a cop. While a movie is being filmed outside his front door, the crew recognize him and beg him to work with them. Rollie makes it loud and clear that he has no intention of getting back into the movie business. Despite this, we know that something will pull him back in, just like it did to Michael Corleone, cinema’s most famous gangster whom Rollie referenced in the first film. The ending of F/X had Rollie and Leo McCarthy (Brian Dennehy) having made off with the $15M of Nicholas DeFranco’s mob money, but that event is not mentioned in this runner-up.

I am guessing that Rollie has set himself up nicely in his new Manhattan apartment where he is a toy prototype creator and is experimenting with the beginnings of what will eventually become virtual reality as he has created a “telemetry suit” that he can wear that powers a full-size clown which mirrors all of Rollie’s moves in sync with the suit. The introduction of this device (both literal and cinematic) should inform all shrewd cineastes that the clown will figure into the action in some way and when he does, the results are fairly humorous. 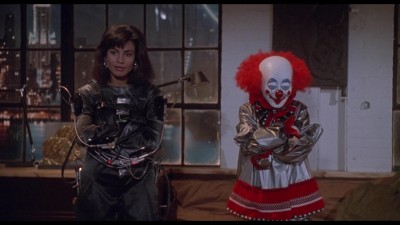 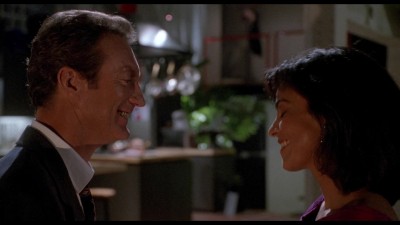 Rollie’s girlfriend’s ex is working on a case about a sex pervert which would benefit from Rollie’s particular genius. After some groveling, Rollie relents and decides to help. Mike and his boss Ray Silak (Philip Bosco) set up a sting operation to catch a pervert who is harassing a young female model. Rollie goes to work but things take a turn for the worse and Mike is killed by a hit man that Silak, conveniently, swears was never there. Silak does not appear to be all that broken up over Mike’s death, and Rollie soon learns that Silak is a skunk and involved in a whole lot more than he is letting on to. He is now in deep doo-doo, and calls his old pal Leo for help. Ironically, Leo appears nearly 45 minutes into the film, which is roughly the same pint at which he appears in the original. Along the way, the mob gets involved, as do some medallions by Michelangelo, the painter of the Sistine Chapel. 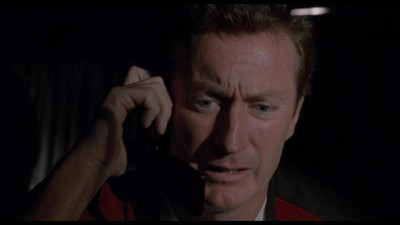 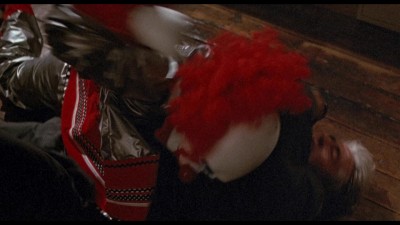 There are the usual set pieces that one would expect from such a film (a grocery store shoot-up reminds me of Scott Spiegel’s Intruder from 1989) and Rollie does his best to reverse his predicament with his magic bag of tricks, something he has kept on hand, probably in the off-change he would need them. If you compare F/X 2 to its predecessor, the original is clearly superior, though it is a far more gritty film whereas the sequel plays for fun. It is good to see Rollie and Leo together again, though I miss Leo’s mustache and his “I’m getting too old for this s–t” demeanor. Not having seen the sequel before, I was thrilled to see the return of Velez (Jossie deGuzman), Leo’s computer guru. 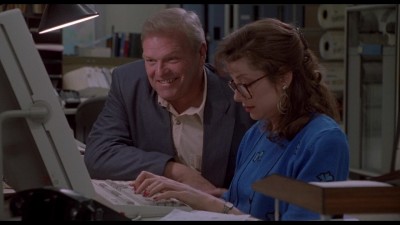 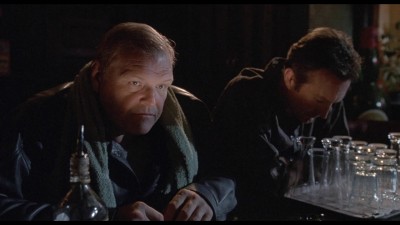 As far as sequels go, F/X 2 gives us what we would expect. Rollie finds himself in a similar bind as he did in the first film, and you would think that the once-bitten, twice shy mentality would have stuck, but if it had there would be no sequel!

F/X 2 was made available on DVD by MGM/UA as a double feature with the original F/X about three years ago. The new transfer on Blu-ray by Kino Lorber looks great. I love this company as they just keep pumping out terrific neglected titles month after month. The action in this PG-13-rated film is more tongue-in-cheek and playful this time around whereas it was serious business in the first R-rated outing. There is a lot of levity in the dialogue, and it was probably decided in post-production to tone it down as several obvious F-bombs dropped by Bosco’s character are ADRed (industry parlance for “looping dialogue”) to be more “family friendly”, though there is no mistaking what he’s really say when closely examining his lip moves.

F/X was written by Robert T. Megginson and Gregory Fleeman and directed by Robert Mandel. The sequel was written by Bill Condon who also wrote Strange Behavior and Strange Invaders in the early 1980’s, and it was directed by the late Richard Franklin who also did Road Games (1981), Psycho II (1983), Cloak and Dagger (1984), and Link (1986). The acting this time around is a little uneven and occasionally feels like a made-for-TV movie, but the film is still worth seeing even though the action seems a little forced at times. 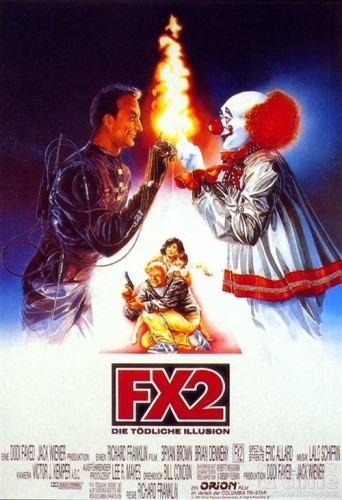 In addition to the film, there is a making of featurette shot during the film’s production that runs six and-a-half minutes in length (best to watch it after the film if you haven’t seen it before), in addition to the theatrical trailers for F/X and F/X 2.