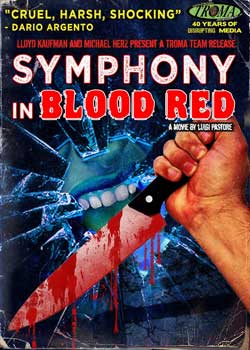 Symphony in Blood Red is a horror film inspired by the work of Dario Argento. More importantly it is blessed by the master of giallo. Before I get into the film itself let me explain why this project has been met with so much praise.

Giallo is a subgenre in horror that is among the most thrilling and creative. Not only by the way most films in this genre tell a story but also how they manage to be extremely stylish and gory. You would do injustice to call them your typical slasher films. While it is true that most are very similar to those they often are a different beast. Most giallo’s play around with crime, supernatural elements and eroticism. You never know quite what you are in for until the conclusion. When done  right you will wonder how you could have miss the clues or hints given throughout the film. But even when done poorly there is something magical about those giallo films. I think this is because these giallo’s give us a good glimpse into our darker nature and secretly you want the killer to get away with all his crimes. 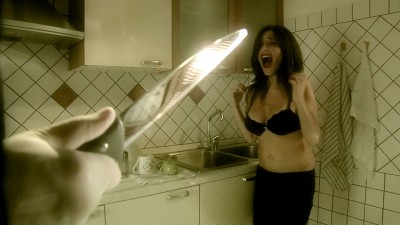 Naturally if someone ventures into this old genre people are hoping for the best. If you even get the blessing of Dario Argento then surely we could expect something extraordinary. And no doubt this is extraordinary. But not in a good way. Symphony in Red is amazingly bad. Is it so bad it becomes good? I truly wished I could say that but no. Which is a real shame. Since I do think that if this film had focused on a better story and narrative this could have become great. For one thing there is no story. There are hardly any main characters. The one person that gets the most screen time is the serial killer whose face we never see. Very gialloesque but unfortunately very pointless as it does not really matter if we know who it is or not since it’s not a whodunnit. 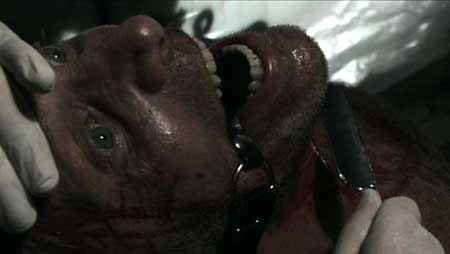 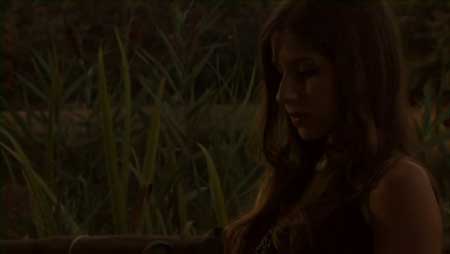 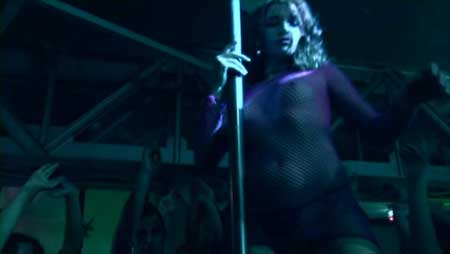 Symphony in Red is one of those serial killer films that tries to explain why the serial killer became this murdering psychopath instead of surprising us. It is a shame it does not succeed to do this. At first it seems like we are supposed to sympathize with the killer which strangely enough is not that hard to do. But then he himself says we should not since he is evil incarnate. That is all fine and dandy but what why should I even bother to be interested in this guy? Apart from him killing people relentlessly there is not much to him that compels.

He is a psychopath who kills people for the fun and thrill of it. And while the deaths are bloody and gory there is very little to no connection to the persons who have been killed. We don’t know who they are and no reasons are given of why we should care. In my book that is a huge requirement as we have to fear for their lives or at least be shocked when they get killed like they have been. Worse of all though is the fact that we never get to see who this killer is. Did he have normal life at all? We know he was having therapy before he slashed the psychiatrist’s throat. All we see him do is killing people or disposing their bodies. I hate to say this but this sounds more interesting than it really is. 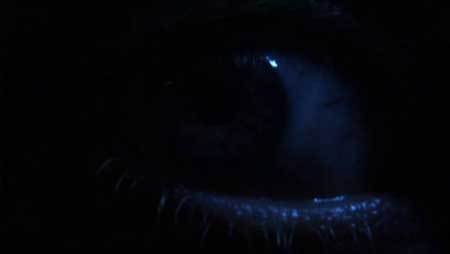 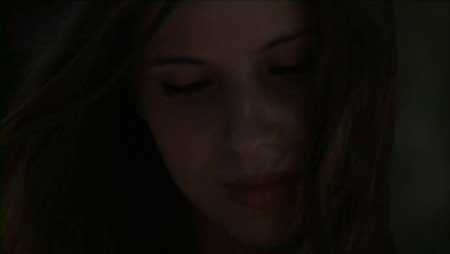 What really killed my enjoyment is the fact that it lacked suspense and tension.  The main component that makes giallo’s so great is absent. Instead you get to see some nudity (very nice breasts to be fair) and a lot of grossness. Granted most giallo films never were afraid to show excessive violence or gore but even then it was done with style. It was never as nasty as it was here.

I am also not sure if Symphony in Red is a proper tribute. There are some elements that obviously remind you of the genre. But I could not make out where these elements were honouring Dario Argento’s work. There were some scenes that made use of strong colours only it looked real ugly and nothing like how Argento would use it. So I am really beginning to wonder why Dario Argento would praise this film. Could it be he did that to make money? Or that he might have lost his marbles. What happened to him?

In any case don’t waste your precious time with this title. There are very little to no redeeming factors. All it does is make you wonder why Dario Argento was so happy with this production. And whether he has lost his mind. Avoid!