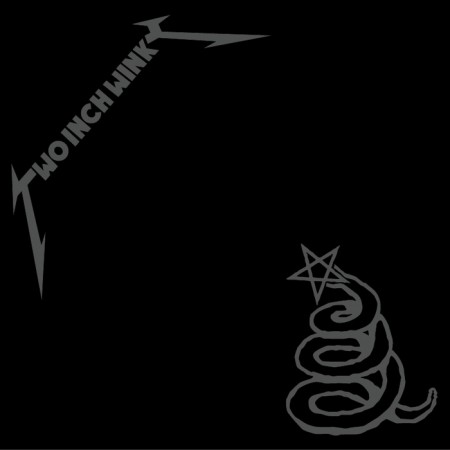 Do you hate Christmas songs? I hate those damn things. Maybe it was too many years working in retail and hearing the same five frigging songs over and over again from mid-October through December. Maybe I’m just insufferable and bitter. Maybe it’s just that the majority of existing ones suck reindeer balls.  But, hark, here lies something for those who want more guitars, yelling and significantly more f**k-you’s than the standard fair.

Black Christmas is a collection of 17 hardcore songs from Cincinnati legends (at least to the 100 people who know who the f**k they are) Two Inch Winky that put the black marker X back in Xmas. Every f**king one is loud, fast, abrasive and more than a bit silly. Either you are already downloading this, or it isn’t for you. There isn’t much wiggle room here.

Yep, it’s punk. Don’t expect too much more than the usual three cord bounce and shake.  Structure doesn’t get complicated at any point. Hell, most of the songs just repeat the same line over and over again. Subject range from Krampus, shitting the Christmas Tree, the working conditions of elves and Lemmy Kilmister. At the same time, the longest one clocks in at just over two minutes. What the hell do you expect?

As for me and mine, the walls of our humble abode will be crumbling under the crushing sonic assault while we down whiskey, beer and the pot cookies Santa didn’t eat.

Oh, did I mention that you can get the whole thing for free here?