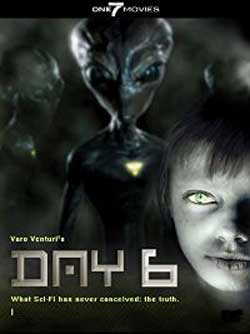 Dr. Davide studies the alien abductions. From the abductees under hypnosis, he has understood that some alien races have been installing, for millennia, their active memories in the people’s brains, to exploit a special energy: the Soul.

Life is full of mysteries.  Two of the biggest mysteries that have bled from real life into horror films in a large way are the existence of aliens and the possibility of possession.  Alien abductions and other extra-terrestrial interaction has been a part of folklore for a long time.  Crop circles and unidentified flying objects have been a part of legends for generations.  Sometimes there are explanations behind the phenomena, and other times there are not.  The same can be said for possession.  There are stories throughout centuries of people having some sort of demonic spirit invading their body and wreaking havoc upon other people.  It comes from a time when religion was a major part of life for every living person.  These kind of stories capture people’s imaginations.  That is why they have lived on this long, changing and being adapted in new and interesting ways.

Day 6 is a movie that manages to take these two concepts and blend them together to make an interesting, albeit not great product.  The movie, also known as Alien Exorcism, tells the story of Dr. Davide Piso (Massimo Poggio).  He is researching alien abductions and the lasting effects that it can have on the soul.  He finds that aliens are able to possess people.  A woman named Saturina (Laura Glavan) eventually comes to him for help.  Dr. Piso soon discovers that she is possessed by an alien named Hexabor of Ur and must stop the alien from causing problems for everyone.

The blending of possession and alien abduction makes for a rather interesting twist on material that has been covered countless times in movies.  Day 6 feels like it has a newer, fresher story to tell by combining the two concepts.  The story isn’t all that original in reality, but it puts a spin on the material that hasn’t been there before.  It doesn’t matter that the story beats don’t cover new ground.  The attempt at spicing it up with a different twist is enough to make the movie stand out, even if only a little bit. 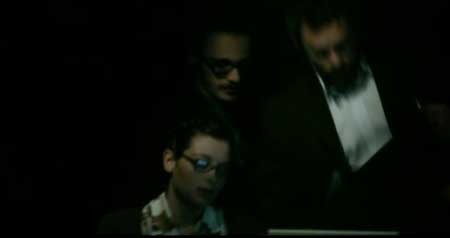 Most of Day 6 is a serviceable movie.  The acting is fine, the direction is fine, and the look of the movie is fine.  If there was one thing that could have been improved, it would be the audio of the movie.  Like many spaghetti westerns, Day 6 seems to be overdubbed through the entire runtime.  Sometimes the audio synchronizes with the movement of the actors’ lips.  Other times, it appears as though the actors are speaking in a different language and English dialogue was placed over it.  It gets distracting at times to notice the movie flip between synchronized lips and language and unsynchronized lips and language.  Though, like the spaghetti westerns that do the same thing, the distraction fades the further you go into the movie.

There isn’t a whole lot more to talk about when it comes to Day 6.  As has already been stated, it’s a serviceable movie.  The movie isn’t bad and it’s not great.  It is in that middle ground where many movies lay.  It is easy enough to watch and won’t feel like a complete waste of time if you choose to watch it.  If you like aliens or possession of any sort, you will likely find enough in the movie to have a decent time with it.  But it never achieves a greater level of entertainment.  It exists.  It is likely to be forgotten soon after watching it.  That doesn’t make it terrible.  That makes it one of the thousands of movies that people don’t discuss on a regular basis.  And that’s fine.