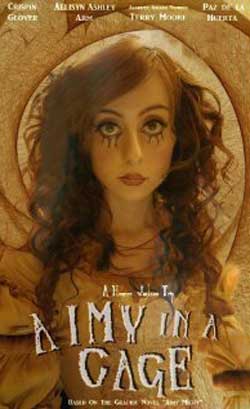 A creative teenage girl is placed into a mind-altering procedure to civilise her, while news of a virus epidemic spreads throughout the world.

ok, uumm….I really don’t know where to begin on this one. I mean, I totally dig it. It’s extraordinary, but I don’t know how to go about explaining this thing to someone who hasn’t seen it.

Let’s start with a few bits of trivia –

The film is based on a graphic novel, written by Hooroo Jackson who is also the writer and director on this film. It appears to be his only film-related credit.

According to my research, the film is the first (and only) project of its kind funded entirely by Bitcoin. The filmmaker invested everything he owned in Bitcoins, selling just about all his possessions and hoping for the best. Obviously, his prayers panned out. I thought the whole Bitcoin thing was dead, but I geuss that shows what I know.

The film came in at a budget of 500,000 dollars. I’m assuming real dollars, not bitcoins. After self-publishing the graphic novel in 2012, the author had always believed the story would work well on film. Once his investment gamble paid off, he was finally able to make that dream come true.

The story centers on a young girl named Aimy Micry (played by Disney alum Allison Ashley Arm). She’s one of those free spirited, artistic type of teenagers that adults tend to really not like. She paints. She dances on a whim. She speaks her mind freely and will have none of the pomp and circumstance her family demands.

There are quite a few players in this tale. We have Grandma (Terry Moore) who is determined to break this little animal and make a proper lady of her. Grandma has a young but really shady lover named Claude Bohringer (Crispin Glover). Then there’s the Honorable Gruzzlebird Micry (Theodore Bouloukos) and Aimy’s loving boyfriend Steve (Michaekl William Hunter). There’s also another family hanging around known as The Mosses. 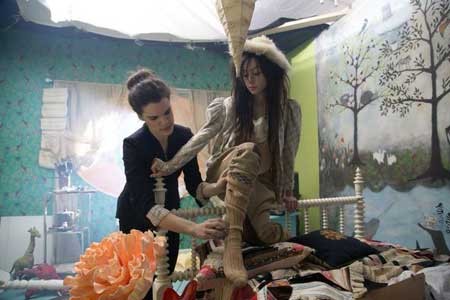 Actually, the film has a parade of bizarre characters, and it would really take way too long to go through all the Dramatis Personae. The story is well populated, at least at the beginning. More on that in a minute.

So Aimy is, as we have stated, is a bit less than under control. Grandma has had enough of all this free thinking stuff, and signs Aimy up for an illegal surgical procedure known as The Wolworth Surgery. Aimy is helpless against this “therapy” and has no one to defend her. The whole family, even darling Steve, are one hundred percent behind this cruelty. It’s like Violations of The Geneva Convention:The Movie. 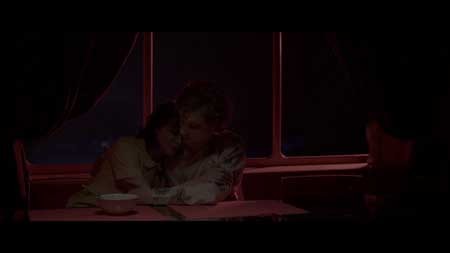 All of this family love is playing out against the backdrop of a worldwide viral outbreak of The Apollo Virus, a form of infectious madness that is spreading across the world at a terrifying pace. The television is following the case of the unfortunate Baby Louis, the first known victim of the disease.

As the disease rages through the world, the Micry family carries on with their insolated and proper lives, determined to “save” their tragic little girl and maintain their perfect lifestyle.

The film has so many elements that I recognized – A Clockwork Orange, 1984, Masque of the Red Death. The setting is timeless, but contains elements of the Victorian era, the 1950s, gilded age, again…the whole thing is like a psycheldic steampunk nightmare.

I don’t know how much of what I saw was part of the artist’s intention, but so many elements of modern childhood problems seemed to be addressed: drugging of “uncooperative” children, helicopter parenting, pressure to conform and succeed by someone else’s standards, and the general fear that the older generation seems to have concerning the next generation. 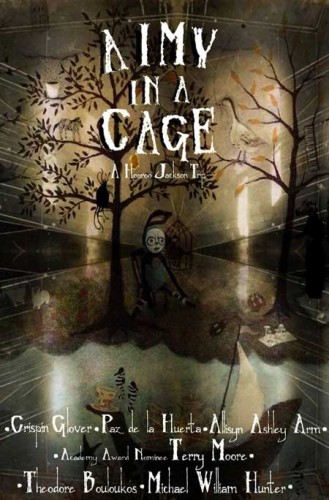 I’ll be honest – this film got hard to watch at a few places. I’m gonna throw out some TRIGGER WARNINGS concerning emotional and physical abuse. Because they totally apply. This thing is dark, and violent, and downright evil. I was very disturbed watching this thing and by the end I found myself in need of a really strong drink. Every nightmare image of the angsty teen, every fear of the 1980s artist, all the worst possible predictions of censorship and mind control play out in this dystopian acid trip.

This film may have given me something to talk about in therapy, but it was really good. Might not be for everybody.

So on a scale of one to ten, ten being awesome, I’m giving this film 8 crocodiles.