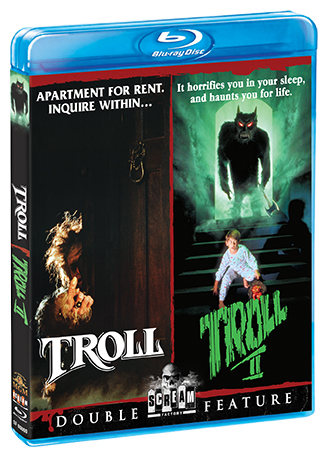 A wicked troll king in search of a mystical ring that will return him to his human form invades a San Francisco apartment complex where a powerful witch lives.

The 1980’s positively erupted with a mini-monster craze: Gremlins, Ghoulies, Critters, the Gate, and of course, Troll. Looking at this movie with modern eyes causes one to reflect on several things. First, like most of the other films in the genre, the effects are hit and miss. The Troll itself, seen very early in the film, looks fantastic. The other faerie creatures that it creates are mostly cheap rubber puppets that a Boglin would put to shame. Still, the level of emotion that can be found in the Troll’s face serves to remind us that practical f/x are still a very good way to go. 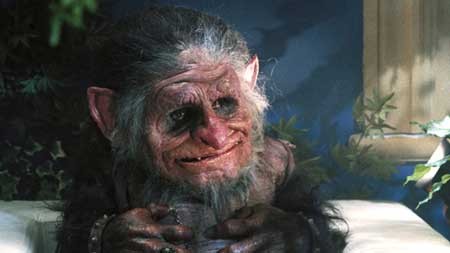 The other thing that really strikes a modern viewer is that this is the weirdest Harry Potter film ever. Harry Potter Senior, played by Michael Moriarty, moves his family (including Harry Potter jr.) into an apartment building that happens to sit on the crux of a troll’s ancient prison, and does so on the one day where the Troll can get free to start planning to return the world to the old ways. Too bad Harry forgot his wand, even if one of his neighbors actually is a witch older than written history. 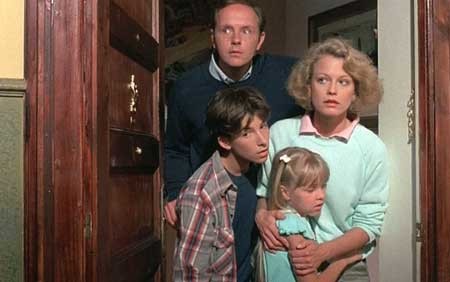 We meet the troll at the opening of the movie, there is no build up or teasing as to his appearance and, for good reason, he really does look good. Still, as soon as we meet the Troll he shape-shifts into the form of Harry’s young daughter Wendy-Ann and we don’t seem him again for a while. Once in the young girl’s form, the Troll attempts to fit in with the family, and not very well. While this facet could’ve been played well for humor, or dread, it really was neither. This facet of the Troll’s lack of understanding of the modern world was highly inconsistent. This actually was more distracting than enjoyable and young Jenny Beck hams her way through her scenes as Troll/Wendy-Ann with unbelievable gusto. 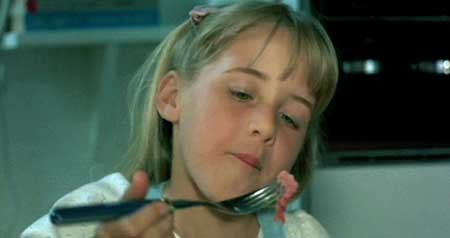 In the meantime, as the family balances themselves between being repulsed and worried, and completely ignoring, the changes in young Wendy-Ann, we are introduced to the neighbors and, despite the overall production, it is a pretty decent cast. We have Sonny Bono as the building’s lothario Peter Dickinson, June Lockheart (of Lost in Space fame) as the building’s resident witch Eunice St. Clair (with her younger self being played by her daughter Anne Lockheart), SNL cast members Julia Louis-Dreyfus and Brad Hall as a young couple still dating, and Phil Fondacaro as both the Troll and as resident English professor Malcolm Mallory. Seriously, for a B movie, this film has a lot of talent and it shows. 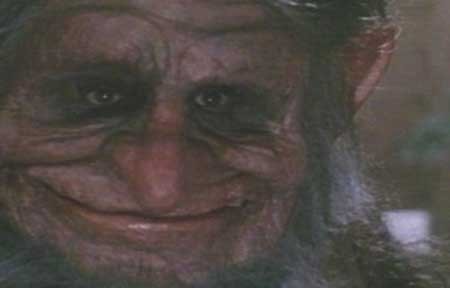 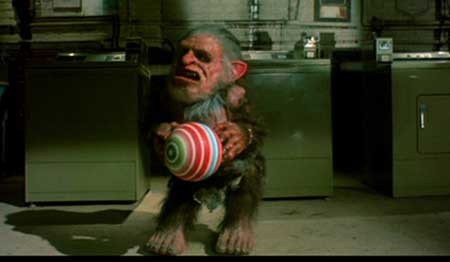 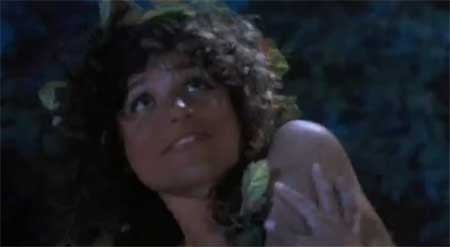 There are some genuinely touching scenes with Phil Fondacaro both, as he meets the disguised troll (who confuses him for a brother elf) and later when he reveals the state of his health in a well delivered and moving discussion about his size and his wish to be something magical.

With such a strong cast, and some strong effects to support the weaker ones, this film’s real failure is its pacing. Much like many of the movies that followed Gremlins Troll makes the mistake of trying to be a traditional horror movie while trying to cram scares (which don’t really appear) in with storytelling… which suffers because of poor pacing. The story that the film tries to tell, of an immortal troll, imprisoned for leading the forces of the faerie into revolt against humanity, is an interesting one. However, so little time is spent telling it, and so little detail is given to June Lockheart’s fantastic performance as St. Clair, that the movie just falls flat. The cast is solid, and so is the concept, but the failure is one of execution. The film could’ve done with fewer bad puppets and more time exploring the story and the characters inhabiting it. 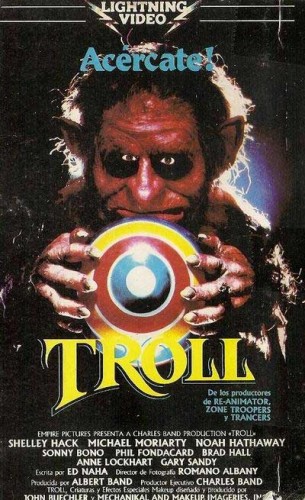 The movie plays out, and feels like, a Full Moon production and really, is just that. Troll was executive produced by Charles Band who, after the collapse of Empire Pictures, went on to found Full Moon. He has continued the genre of tiny terror threats through such projects as the Puppet Master series, Demonic Toys, and others.

Overall, this isn’t a bad movie, it just isn’t what it attempts to be. This is no horror movie (although there is a nicely creepy sequence while the disguised troll plays a hide and seek-like game), it is instead more of an urban fantasy tale that could’ve been so much more.

Two out of five stars.