I Spit on Your Grave 1978 Original Film Gets a Sequel 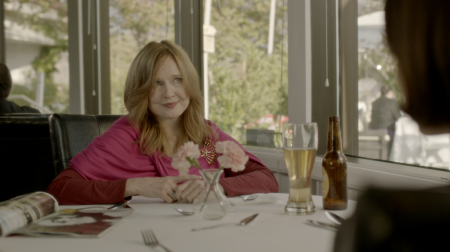 Following her brutal rape, Jennifer wrote a best-selling account of her ordeal and of the controversial trial in which she was accused of taking the law into her own hands and ruthlessly killing her assailants. In the small town where the rape and revenge took place, the relatives of the four rapists she killed are furious that the court declared her not guilty and resolve to take justice into their own hands.

The original I Spit On Your Grave was inspired by Meir Zarchi’s experience with a victim of rape. After stumbling upon a teenage girl in a park in the aftermath of a violent assault, Zarchi began to imagine how a woman in this situation might fantasize about revenge. Moreover, he wanted to depict to the audience the real horrors of rape.

In this new chapter, Jennifer Hills is joined by her daughter Christy (Jamie Bernadette) as well as a variety of new characters, including Maria Olsen who plays the role of Johnny’s wife, the gas station attendant Jennifer castrated; Jim Tavare in the role of Herman, whose son Matthew was hung by Jennifer, as well as by actors Jonathan Peacy, Jeremy Ferdman, Holgie Forrester, Roy Allen and Alexandra Kenworthy.

“I always envisioned Camille Keaton returning to continue the saga of Jennifer Hills,” said Zarchi. “Getting together with Camille to film the sequel was a surreal, deja-vu-like experience”.

Produced by Terry Zarchi and Jan O’Connell, I Spit On Your Grave: Deja Vu is currently in post production.