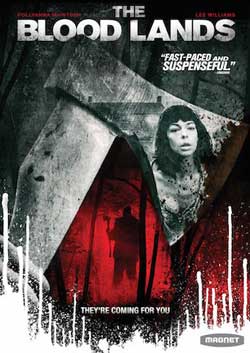 It’s Ed and Sarah’s first night at their new home – an isolated farmhouse on the Scottish borders. This should be a new beginning away from their stressful London lives. And at first it is; come sunset they fall in love all over again on a wander in the woods. But as darkness falls, Sarah suspects they’re not alone, Ed goes to investigate and quickly, the evening becomes a nightmare. It suddenly dawns on them; they do not belong here. And they certainly aren’t welcome either….

It all starts with a newlywed couple heading out to the country to look at a house. They like the house. They want the house. They buy the house. But on their first night there, things get a little spooky. They hear noises and see things moving around both inside and outside of their house. Soon, they are confronted by men wearing pig masks who want to kidnap them. You’ve heard this story before, right? No? Let me tell you about it then. It’s a movie called The Blood Lands. 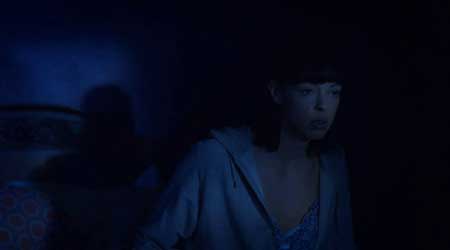 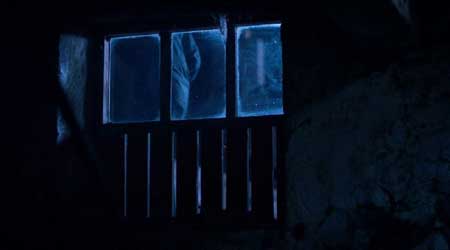 The Blood Lands tells the story that I just wrote out in that first paragraph. Sarah (Pollyanna McIntosh) and Ed (Lee Williams) are spending their first night in their new home in the Scottish countryside when some men break in and attempt to kidnap them. The entire movie is their (mostly Sarah’s) attempts to escape the masked men and get to safety. Of course, the movie doesn’t play out without its shares of twists and turns in the escape attempts. Most of the twists and turns land successfully.

What works most for The Blood Lands is the simplicity of the story. There is no convoluted reasoning behind the attempted kidnappings. The movie does not go into the backgrounds of the characters involved in the situation. It sticks to what is happening at that time in that place and just lets it play out. Everything is kept on a surface level that doesn’t deepen the story so much that it takes away from the tense situation that is unfolding. The bulk of the movie, minus opening and closing scenes, is the series of events surrounding the kidnapping attempt and the movie never takes its focus off of that story.

The acting helped to accentuate the tense escape tale of The Blood Lands. Nobody underacted or overacted in the movie. They all played their roles with the right amount of performance to make it believable without feeling like you are watching a dramatization. The characters seemed like real people in the situation which amped up the tension of what was going on. Pollyanna McIntosh had to carry the bulk of the acting weight since her character was the one that the film followed for the most part. At no point did she perform poorly and ruin the immersion of the movie. It was a flawless performance. 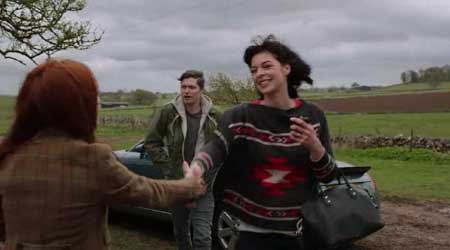 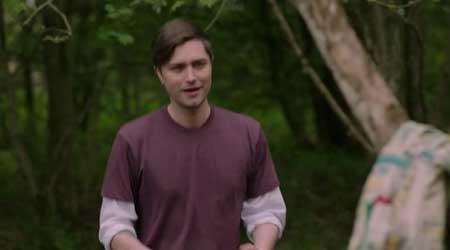 Scenery is the only real downfall with The Blood Lands. Whoever chose the house that the main characters were living in chose a good location for the movie. The problem is that when it isn’t set in or around the house, the movie is set in the woods. The woods are an easy enough location for any production to film because many times it is easy to get footage without going through hoops for permission. Yet, it is hard to distinguish one section of the woods from another. The scenery blends together into a mass of foliage. Trying to make some variation in the woods can be a very difficult thing for a movie to accomplish. Sometimes this problem comes up in The Blood Lands, particularly nearing the end of the film. After leaving the house, Sarah spends a lot of time in the woods. There are a few differing landmarks in the woods, such as a shed, a gate, and a driveway. Most of the time, however, Sarah is hiding behind logs or resting against trees. The only upside to the loss of orientation is that the character also has that sense of not knowing where she is. It doesn’t make for interesting visuals, though it helps the viewers relate to the character. 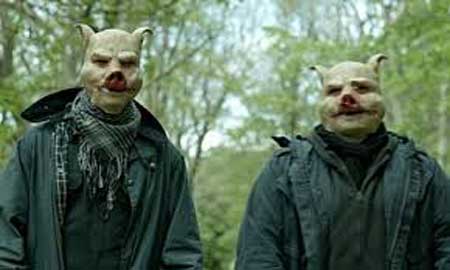 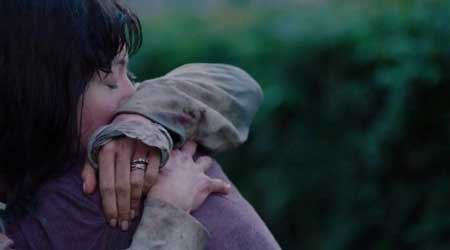 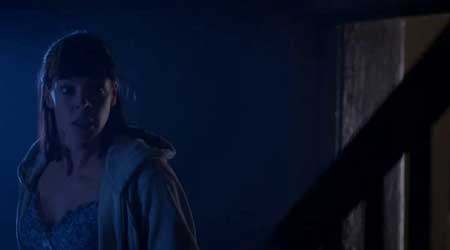 The Blood Lands is a successful little home invasion movie. It might not be on par with the bigger movies in the subgenre that people love, but it still works for what it is. It is tense, has a streamlined storytelling that makes it easy to follow, and it is entertaining the whole way through. It doesn’t reach for much and that makes it an easily digestible movie for people who just want something to watch for an hour and a half. If you find yourself debating whether or not to watch it, give it a shot. It’s worth that much.