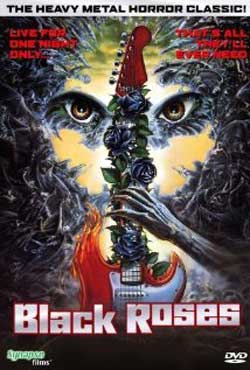 A heavy metal band plays a concert in a small town despite the protests of the local parents and other adults. It turns out that they have good reason to object as the band members are actually demons who have some very sinister intentions for their fans.

Growing up in the 1980’s my biggest loves were horror films, comic books, professional wrestling, and heavy metal music. As a matter of fact when I was about fifteen or so I actually wanted to be a rock star (despite I had no musical talents whatsoever) and was actually in a band for about 2 days (despite that I had no musical talent whatsoever) with some classmates. We were your typical 80’s hair band and we called ourselves Switchblade. I played bass (despite the fact that I had no musical talent whatsoever) and our practice sessions after school were made up of about ten minutes of actual practice before we played Nintendo for hours on end. I remember being at my grandparents’ house one Saturday night during this time period and caught Black Roses on USA Network. At the time it really spoke to me and I thought that it was just about the best movie that I’d ever seen thanks to my obsession with both horror and heavy metal music. I caught it again recently and while it may have been just a little bit cheesier than I remembered it I still thought that it kicked all sorts of ass. 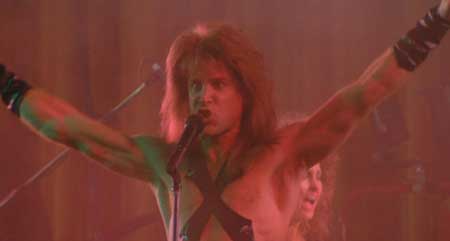 Directed by John Fasano (who was behind the very similarly-themed Rock’n’Roll Nightmare) Black Roses is just an all around fun little movie. Yes it is cheesy at times and the acting leaves a lot to be desired but I had an absolute blast with it. I thought that it had an interesting premise and while it may not be as good as the criminally underrated Trick or Treat that also featured a satanic heavy metal musician (there definitely wasn’t a shortage of these types of films in the 80’s) I still think that it is a great film that has a lot going for it. I remember when all the anti-heavy metal music thing was going on back in the day and there were a lot of parents’ groups protesting the music of Ozzy Osbourne, KISS, and the like and this movie truly touches on those movements. If you were ever a fan of this type of music and were ever told that it was evil and that you couldn’t listen to it as a result then you will truly appreciate this film as you will definitely be able to relate to it in a number of ways. 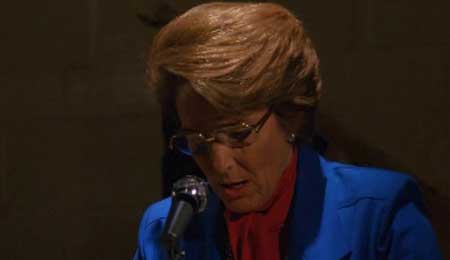 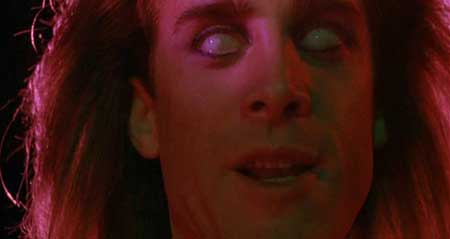 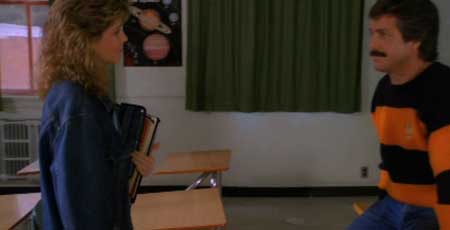 Another reason that I like this movie so much is the fact that it is totally and completely over the top in many ways. A lot of strange things take place in this film and I love every minute of it. If you have ever wanted to see a demonic creature pop out of a speaker and attack someone then this is the movie for you. I know a lot of people have made fun of this scene and said that it was beyond cheesy but I have to disagree. I actually thought that this bit was awesome (and original) and the first time that I saw it I was so excited that I literally jumped out of my seat and started clapping. This movie is full of oddball scenes like this and I think that while a little weird they help make the movie just that much more enjoyable in general. Some people may argue that it isn’t very realistic but hey, why do we watch movies in the first place? I know that a monster isn’t going to jump out of the stereo speaker and attack me the next time I am jamming out to Dokken or Motley Crue (yes, I am showing my age here) but that is what makes horror films such as Black Roses appealing to me and other horror movie fanatics. We watch movies to escape reality and to forget about our problems, and believe me when I say that this film is such a fun ride that you will definitely do so as you are watching it. 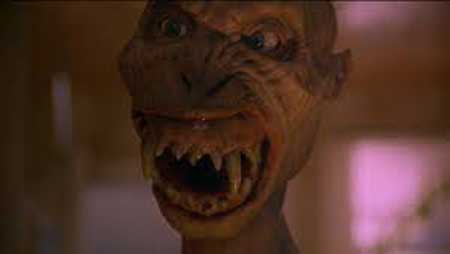 As you can tell I am a big fan of Black Roses. It was one of my favorite horror films growing up and I have always thought that it never quite got the love that it rightfully deserved (it even made my list of Top Ten Most Underrated Horror Films from the 1980’s that I wrote a few months ago for the site) and I still love it to this day. If you grew up during the heyday of 80’s glam rock/hair bands then you are without a doubt going to dig this movie as much as I do. Even if you aren’t a heavy metal fan I still think that you are going to appreciate it as it is just a great movie in general and there is a lot about it to really enjoy. If you haven’t seen it I suggest you do so as soon as possible because it is a real treat in many ways. Better yet, I would suggest watching it along with Trick or Treat, Rocktober Blood, Rock ‘n’ Roll Nightmare, and the forgotten 1990 classic horror flick Dead Girls all in one night for one hell of a heavy metal horror film marathon. Highly recommended.