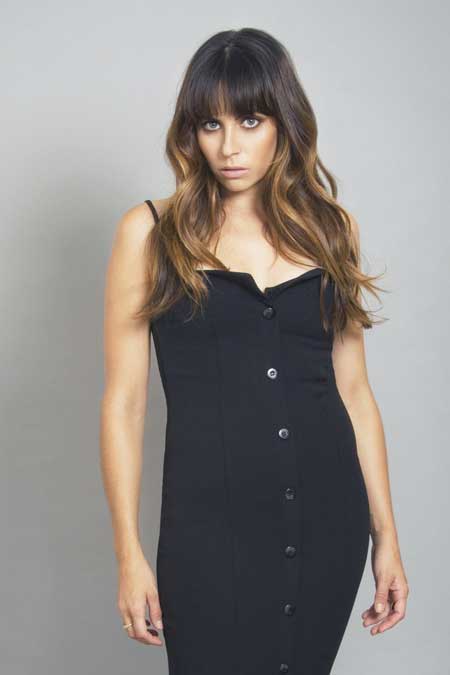 She is smart, talented and currently working on writing her own script. Ashley C. Williams (“The Human Centipede,” “Paranormal Movie”) stars in “Julia,” directed by Matthew A. Brown. “Julia” is in theaters on October 23, 2015

“Julia” was incredible. It was horrific and intense and the character Julia you portray is full of strength and intensity. How did you prepare to play Julia?

Ashley C. Williams: You know I actually didn’t have a lot of time to prepare because I was literally hired just days before production was starting when I had to be on set. The great thing about it when I read the script there was so much of Julia that was in me already so that really helped you know kind of finding who she was with so little time.

I loved you in “The Human Centipede,” but you did a lot of theatre work. Did you start in theatre and is that how you knew you wanted to portray acting full time?

Ashley C. Williams: I grew up doing theatre. It’s how I started. I think I was twelve years old when I did my first play. Yes, I think after the first couple of plays you know I played Tiger Lily in “Peter Pan” and after that I played Annie in the musical “Annie” and it was such a nice opportunity for to get a taste of that world and what’s it like to play somebody other than me. I just fell in love with it. I just loved playing different characters and diving into other worlds. I am kind of obsessed with just finding out what’s it like to be somebody else.

In “Julia” there are a lot of intense scenes. What challenges did you face, portraying the role?

Ashley C. Williams: There were several challenges. A lot of physical and emotional challenges. The physical aspect of it was just the cold. We were shooting in the dead of winter in New York City and there just minus temperatures every single day and a lot of shooting was happening outside so it was quite difficult to have to be able to pretend basically that it wasn’t that cold. My lips were numb and I was shaking so I just had to kind of put myself in an internally warm situation so that I could cope with talking and having my voice not shake because of the cold. I had to go to a lot of dark places with some of the scenes and they were difficult but Matthew the director really guided me. He took me to places where it wasn’t too deep that I couldn’t get out of it you know he was really good at just guiding me and making me feel safe throughout the process but again you know I love that. I love the challenge of going deep and seeing how far I can go and pushing myself.

What was it like for you working with Director Matthew A. Brown on “Julia?”

Ashley C. Williams: It was incredible. He is the epitome of an actor’s director so he also used to be an actor and he knows how to kind of manipulate a situation to get what he wants in a scene in a good way. A lot of actors don’t necessary like working that way but for me I really liked it. I liked being open and as long as I’m in tune with his vision and what he wants which I was and that is how both of us really connected at first was after I read the script, you know we spoke about it and we were really just on the same page about who Julia was and what we wanted to convey so he was just incredible to work with. 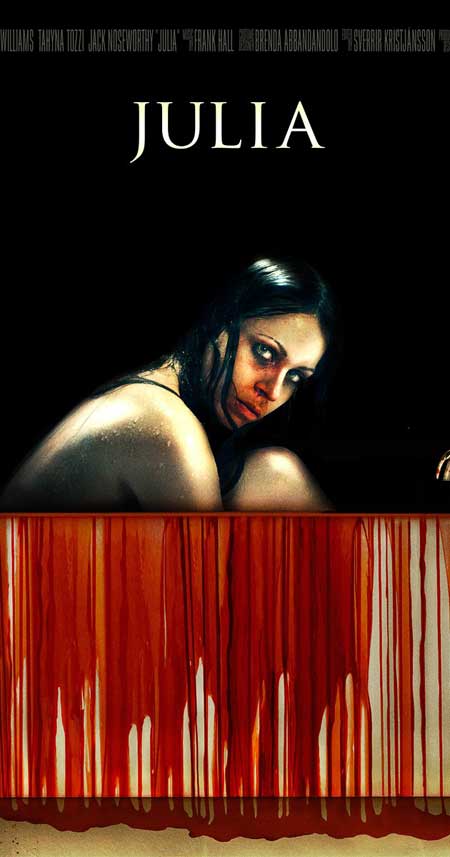 What was it like for you working with the cast of “Julia?”

Ashley C. Williams: Really great, we had a lot of amazing talent on set. Everyone was so professional, really just made me feel comfortable and safe as well especially during the “rape scene” (in the film) you know the three or four guys that were there, they had some challenging moments as well putting themselves in a position like that, it’s hard and having me like sort of naked on a pool table just kind of waiting for them to do their thing without having any control you know that was a difficult day and everyone was just so professional and we all became extremely close.

The scene is difficult to watch and you automatically feel for “Julia.” Did you feel that way or did you have to make yourself numb to film that scene because it is a horrific scene.

Ashley C. Williams: You know that was one of the last scenes we shot during production and I think I wasn’t quite sure what to expect from shooting that scene but I knew I knew that I had to kind of just give it my all. When you speak about being numb to it, I literally had to be numb to it because they give me a drug called kotol mean that paralyzes you but you can feel everything so I had to in a sense just put myself in this mind numbing situation and just let it happen. It was hard having to not be able to move a muscle but express in a way that I was feeling everything that was happening to me but I couldn’t move. So I don’t even know, I think there are definitely some scenes in the movie where you can see that but it was difficult. I’m not sure how anyone could really pull something like that off.

Do you think there will be a sequel to “Julia?”

Ashley C. Williams: Quite possibly! It was presented to me a trilogy. Depending on how well the first one does you know there is definitely a sequel that could be in the works and we could continue the journey with Julia. I’m not sure where it would go. Matthew, the director and I have spoken several different options that are quite exciting and I’m sure he would absolutely love to go back into Julia’s world and you know do it bigger and better of course than he did before.

You are such a positive role model for everyone and Julia is a strong female character/lead. How do you feel about that?
Ashley C. Williams: You know that is what drew me to the character in the first place was she didn’t feel so strong in the beginning of the movie. Her entire life she has a very difficult time getting a date or even wanting to be with a man because as we find out during the movie *SPOILER ALERT* she was sexually abused by her father so she’s had quite a difficult time and its made her introverted and quiet and meek and so you see the controversial aspect of it is, it’s almost like the best thing that could have happened to her. Going through this traumatic experience was really the catalyst to propel her to awaken to her true and holy nature. True, you know what could deemed as evil, evil acts but you see this transformation into this powerful strong, goddess of a woman so I think for girls and women alike they will inspired by her. I definitely was inspired by the character and I took a lot of her strengths into my own personal life. Not the murderous, evil aspect of her but the internal power.

What projects are your working on next?

Ashley C. Williams: I have several projects in development. I am in the negotiation process with a couple different directors but they are too early to talk about right now so those will be mentioned very soon when I can. But I am also actually writing my own screenplay at the moment, something of course for me to star in. So that’s been quite a challenge but you know something that is really rewarding I’m sure when I get it finished.

My final question is what advice would offer to fellow actors/actresses who want to have a long term career?

Ashley C. Williams: I think you know staying truthful to yourself above all and not thinking that you need to be like every other successful actress out there. People in the industry are looking for your unique self and I think a lot of actors out there are trying to be like everyone else just because they happen to be successful but you know just stay true to yourself and keep that drive and passion alive because it is going to keep you going.