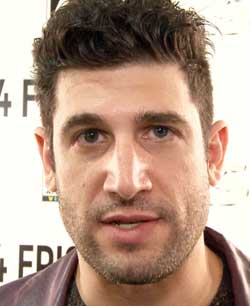 Adam Egypt Mortimer wrote and directed “Some Kind of Hate” starring Ronen Rubinstein, Grace Phipps, Andrew Bryniarski, Lexi Atkins and Spencer Breslin. This talented director created much more than a film. It has a message to it and he took time to speak with me for an exclusive interview for Horrornews.net. “Some Kind of Hate” is available on DVD/Blu-ray November 3rd.

“Some Kind of Hate” is incredibly relevant with all of the different topics going on including bullying. Did you factor that in when making the film?

Adam Egypt Mortimer: That was part of the original DNA of the film and that when I wrote it with my writing partner Brian DeLeeuw and I said I wanted to like an emotionally intense slasher movie that would feel like an indie drama and he immediately suggested that we set it in the world of bullying and part of the reason for that is that when you look at all of the great films of this kind from the eighties, particularly like “Candyman” (“Candyman” was released in 1992) and other films like that they always have a lot of resonance not just because the story is great and the character is great but because they are coming out of an emotional anxiety over the time that’s really important. So in the case of “Candyman,” that’s a movie that’s about gentrification and racial tension and things like that. The idea that bullying is like this unprecedented level of kind of intensity in high schools and how that becomes you sort of a whole national anxiety for us about this new kind of violence seems like a really great way to explore a movie that’s by definition going to be about things that are violent and things that are scary.

You had a phenomenal cast including Andrew Bryniarski who portrays Lincoln’s (Ronen Rubenstein) father. What was it like working with the cast?

Adam Egypt Mortimer: Oh yeah he was great. We started shooting the movie and we still hadn’t cast that role. We had everybody else and the casting aspect was really important and finding actors who were going to believe me that we were making an emotionally intense slasher film and like really work for it and really go for it. We had all these great people but we didn’t have Lincoln’s father and our producer Dallas Sonnier suggested him sort of like on day three of shooting, he said what if we cast Andrew and I was that’s brilliant.

He was already this very intense, great character and by the time we shot that scene we couldn’t afford locations anymore so we shot it at my house. (The scene between Lincoln and his father) By the end of it, it just felt like that characters house, like we were living in his world. Ronen, our star loved working with him but was like totally terrified. Andrew is like a really intimidating guy when he wants to be, I think he is sort of a lovable sweet teddy bear but he is a giant terrifying biker motherf*cker. I don’t think we ever imagined that role would be as over the top but once we had him we decided to take it there and its great and an interesting way to start the movie.

You had an incredible over all cast and with such an intense film, what challenges did you face with this film because it is so intense?

Adam Egypt Mortimer: I think I probably put the most anxiety and effort into exactly what you are pointing out of finding the right cast and working with them. So before I did this movie my career had been mostly music videos and sort of short films that were more sort of visual or atmospheric and I felt like once we finished and it looked like we going to make the movie I suddenly felt like oh my god I don’t have that much experience working with actors. It is going to be so important in this movie. The whole premise of this movie was a slasher that treats emotional violence as equally important as physical violence. I took acting classes and I started going to workshops where I would work with other actors and with other directors in groups to practice directing scenes.

Then I started work shopping scenes from the script with actors to sort of see what they would really be about and how best to do it. Then when it came time to cast I had understood what kind of actors I was looking for and what kind of people I felt like I could work with. The first thing that was always important when looking at possible actors was that they were going to be willing to treat it like it was a drama. They were willing to be subtle and emotional and that we weren’t just making a movie about screaming and squirting blood and in fact the entire first week of production I made sure that we weren’t shooting any of the horror movie elements. 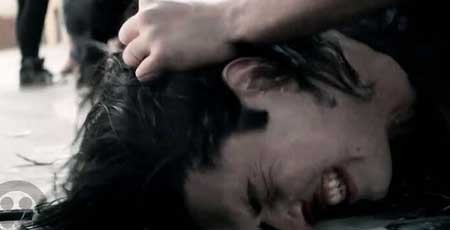 We were shooting only the scenes where people are talking to each other and telling the story that way so everybody understood we are making a movie where that stuff is important and I’m not just telling you to walk slowly down a dark hallway so that once we finally did that part of the movie everybody was already fully embedded in being the people and being in the world. So the thing that was the biggest challenge was also the thing that I wanted to work the hardest at and it was the thing that I love the most about it. The way that Grace, Ronen and Sierra and everybody else really rose to portraying the characters this way was just a wonderful thing to be part of. 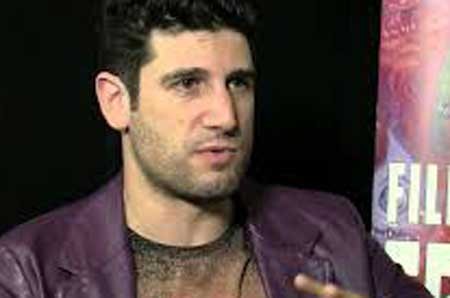 What advice would give to directors?

Adam Egypt Mortimer: If you are about to make a movie and you are wondering how to make the best possible movie. A) Trusting that working with the actors is the going to be the most important part of what you do and making sure that you pay more attention to them than anything else you pay attention to. Also I went into the movie with a very intensive style guide and second by second understanding of what it would look like and how we would achieve it so that we were able to really think through what the movie was going to be and how it was going to operate so that when things start falling apart and you have to make rapid changes you understand the intention of the changes that you are making and you’re not just sort of reacting and panicking.

SOME KIND OF HATE