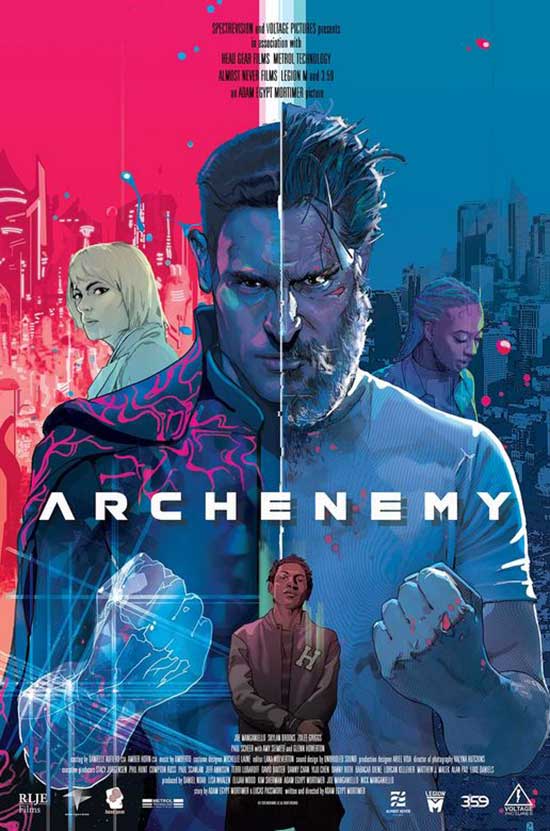 “Archenemy: a person who is extremely hostile or opposed to someone or something.” Courtesy of Google. 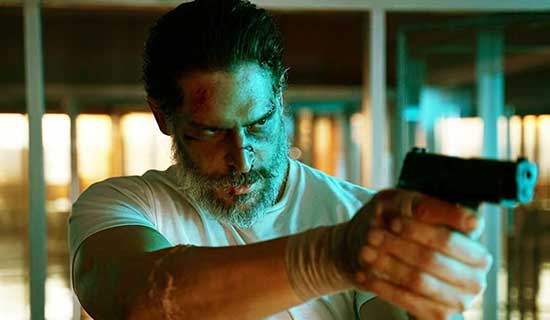 Okay, so the Blu-Ray’s in and I went right to the Making of Archenemy. Joe Manganiello plays Max Fist. If you don’t know Joe, check out, True Blood, Spider-Man, Magic Mike, to name a few of his films. This is a fascinating movie because you’ve never really seen anything like this. Adam Egypt Mortimer is a fascinating human. I never looked at him as just a horror director. I think he has so many stories to tell like so many of us. You get lost in the visuals of Mortimer’s movies. The vortex sucks you in and tells you magical stories.

Horror is often lumped together under genre and sub-genre etc. I think you should never stick to one thing, learn as much about everything. Max Fist (Joe Manganiello) is in a bar telling “his story.” Everybody thinks he’s just some drunk or crazy. 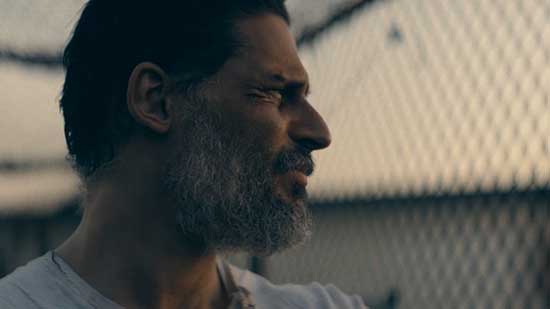 A few random movies came to mind. Obviously, you think about the superheroes out there, Iron Man, Batman, Spider-Man. Or you can just say you have DC Comics and Marvel. I thought outside the box and Hancock starring Will Smith came to mind. Deadpool came to mind. But this is Max Fist who was created by Adam Egypt Mortimer. 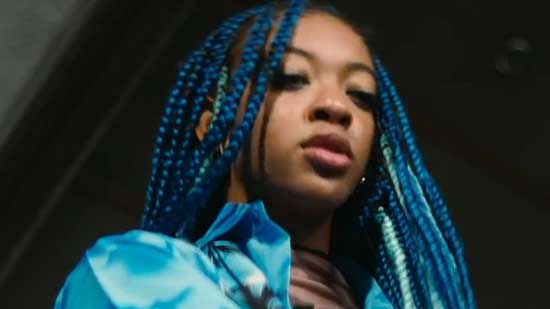 We meet Hamster (Skylan Brooks). Hamster is out and about and he wants to deliver the real-world stories. It’s 2021 and we’re still dealing with a pandemic and the weirdness that is the world. Hamster promises Melissa (Jessica Allain) that he will deliver.

Meanwhile, Indigo (Zolee Griggs) has a meeting with The Manager (Glenn Howertown).  That’s another magical thing Mortimer does, he takes actors you wouldn’t really expect to play a certain part and it’s insane. The Manager offers Indigo a way to make more money. Indigo just wants to get her brother Hamster into college. He wants to be a crime reporter. 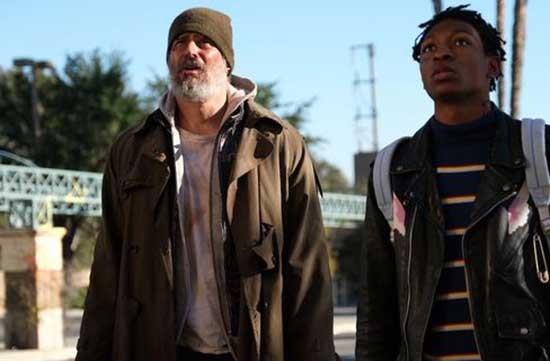 Hamster meets Max. Max is curmudgeonly but he talks to Hamster. He tells him about Chromium, “it’s a city” not a planet. His archenemy is Cleo (Amy Seimetz) and she has a void machine. Indigo goes to meet Krieg (Paul Scheer) and he’s a tad on edge.

There is a griminess and a punk rock f*ck you to what is supposed to be. Max tries to show Hamster some place and it’s covered by a shopping mall. Isn’t that life though. Joseph D. Reitman shows up playing Finn, an equally creepy “bad” guy. Joe Manganiello is great in this role. He is playing this role with heart.

Howertown (It’s Always Sunny in Philadelphia, Crack) does a great job of disappearing as The Manager. Cleo shows up and now it doesn’t seem like Max is some sort of vigilante killer running rampant. Cleo is quite a nemesis for Max. Adam Egypt Mortimer creates these vibrant intense films. This was a fun movie to watch. This cast was insane. I think Mortimer takes us all on trips through these crazy vortex places and its beautiful.

I would recommend checking out, Archenemy.