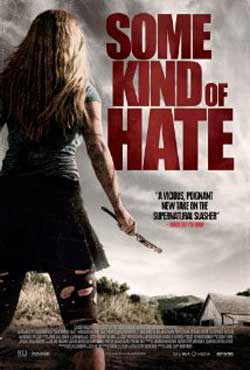 A bullied teenager named Lincoln unwittingly unleashes the vengeful spirit of a teenage girl name Moira (who killed herself as a result of all the bullying she was forced to endure) who proceeds to kill off all of the people that are tormenting him. It isn’t long though before Moira starts taking out seemingly innocent people as well, and Lincoln must find a way to stop her before it is too late.

In my opinion Some Kind of Hate is the best horror film I have seen so far this year. It is a fun little movie that has an interesting plot, likable characters, some awesome death scenes, and one of the coolest horror film villains to come along in quite a while in the form of the awesome Moira. I really enjoyed this movie and thought that it was just completely and totally kick ass from beginning to end and I am sure that I am going to be watching it again very soon.

It is a great throwback to the awesome 80’s slasher flicks that I grew up on and dearly love, and if you are a slasher fan you must see this movie as soon as possible (it reminded me a lot of Prom Night III: The Last Kiss in a lot of ways). I had a total blast with this movie and I think that it is destined to become a favorite with slasher flick fans and people who love horror in general. 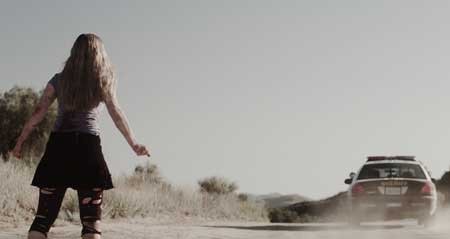 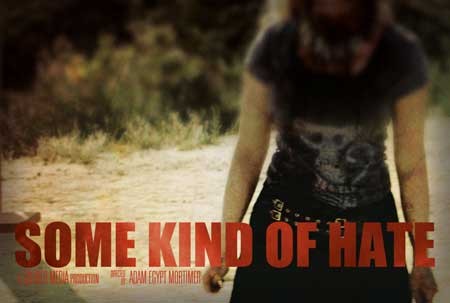 One of the biggest strengths of the movie is its premise. While it may not be the most original idea in the world as it has been done many times before I still enjoyed it and thought that it delivered on the goods in a number of ways. I thought that the movie was very well-written and as a result it was just an interesting and fun ride in general. There’s a neat little twist toward the end involving Moira’s death that I didn’t see coming and I thought that it worked beautifully. If you’re like me and enjoy horror films that involve some poor bullied soul finding a way to gain bloody revenge on his or her tormentors then this movie is definitely for you.

I also loved the characters and thought that they were some of the best that I have seen in a horror film in a very long time. I dug Lincoln (Ronen Rubinstein) and found myself rooting for him many times during the course of the film. I thought that he was an extremely likable character and I am sure that a lot of viewers will be able to relate to him in many ways. I also really liked Kaitlin (Grace Phipps) as well and thought that the romantic relationship that forms between her and Lincoln was realistic and just cute as hell in general (I can’t help it, they make a very cute couple and I was wanting them to get their happy ending). 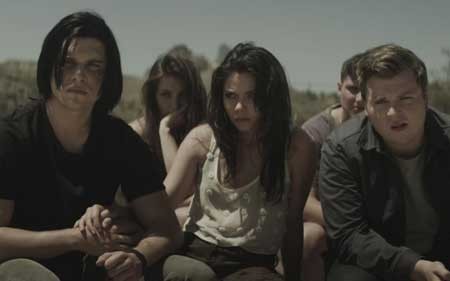 The character that steals the show though, is without a doubt Moira (Sierra McCormick). Moira is an evil, hardcore bitch that loves slashing people to pieces but at the same time you can’t help but feel a little sorry for her. She went through a hell of a lot before she died and I felt bad for her even though she is more than a little bat shit crazy. She doesn’t mess around when it comes to killing others and I had a great time watching her go to work on her victims (the unique ways that she takes people out is awesome). All in all there wasn’t a bad character to be found in this film (I even liked Willie, the head asshole who keeps messing with Lincoln until he finally gets what he deserves) and the acting is top notch.

Without a doubt Some Kind of Hate is a winner. It has a little something for everyone and if you ask me it kicked all sorts of ass. I can see Moira becoming the next big horror icon and really hope that the people behind it do a sequel (or a number of sequels) as I would love to see her again soon. This movie totally rocks and I think that viewers will agree. Check it out as soon as you can, I promise that you will have an excellent time with it and won’t be let down. Highly recommended!