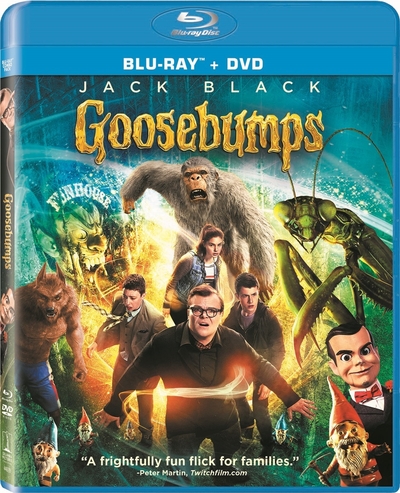 A teenager teams up with the daughter of young adult author R.L. Stine after the writer’s imaginary demons are set free on the town of Greendale, Maryland.

Zach (Dylan Minnette) has just moved into the sleepy town of Greendale, MD with his mother, Gale (Amy Ryan), after the unexpected death of his father. As is the norm for the new kid in the new town, Zach doesn’t know anyone. But seeing as his mom is the new Assistant Principal of the local high school, it won’t be long until everyone knows who he is. But Zach has got bigger worries, because he’s moved next door to a very secretive man who has a nice daughter that just happens to be Zach’s age. This secretive man turns out to be the one and only R.L. Stine (Jack Black), author of the world famous Goosebumps series of books, and together with his daughter Hannah (Odeya Rush), he’s keeping a very big secret inside of his home. After the usual “First day at a new school” hi-jinks, where Zach makes a new friend named Champ (Ryan Lee), Zach goes home to overhear Hannah being yelled at by her dad. He then calls the police, but Stine fends them off with some smooth talking.

Undeterred, and positive that something is wrong with Hannah, Zach enlists Champ to sneak into the Stine home to find out if Hannah is safe. As the duo search the home for Hannah, they come across a bookcase filled with what seems to be every book in the Goosebumps series. But each of them have a lock on them, making it impossible to open them. Champ really wants to open one, and Zach finds the key. Hannah appears, and even though she appears to be OK, she’s horrified at the sight of Champ fiddling around with one of the books. Before she can stop him, Champ unlocks a book (The Abominable Snowman Of Pasadena), and all of a sudden, the actual Abominable Snowman appears in the room. And he’s kinda hungry. 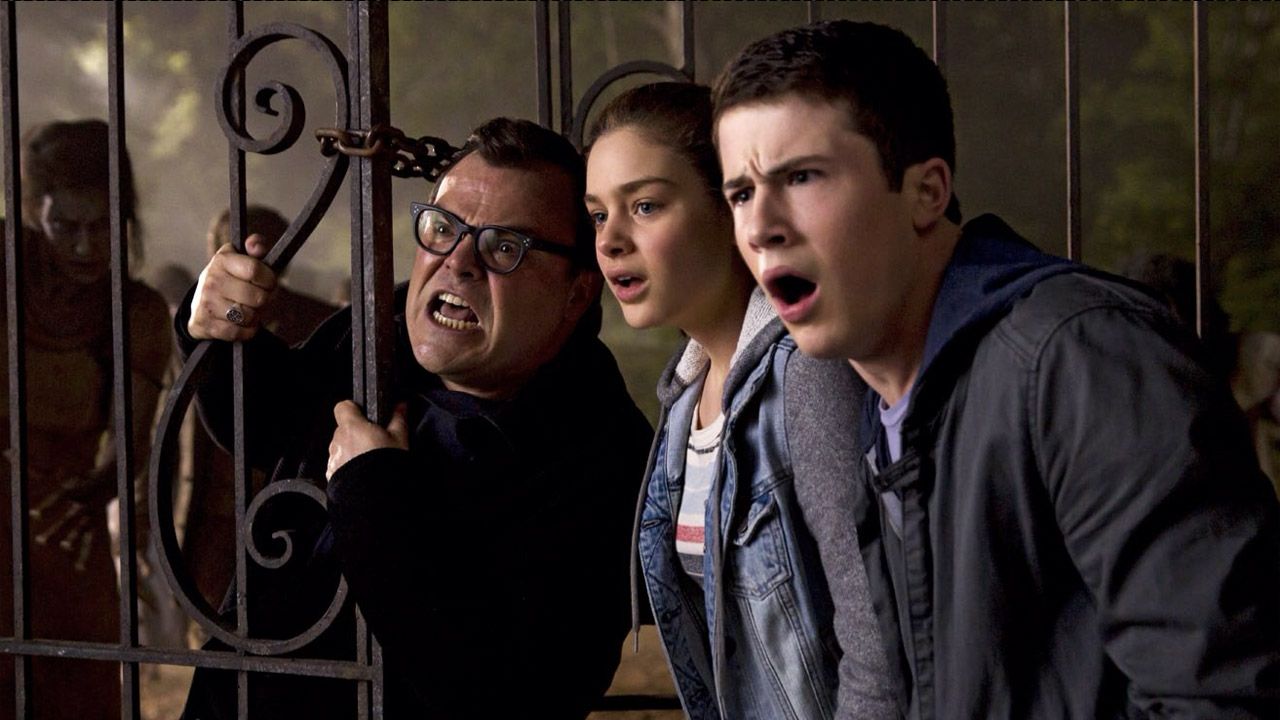 From that point on, Goosebumps becomes a mad race between Stine and the teens (He returns home shortly thereafter to explain how the stories are coming to life), and Slappy (The ventriloquist dummy from “Night Of The Living Dummy“). Slappy is opening all of the books, and setting them afire afterwards in order to make it impossible to recapture the creatures, while Stine & company are trying to catch them all before they cause havoc across the town. The only way to capture the monsters is to open the book in which they’re featured in front of them, and it’ll suck them back in. But as Slappy is racing across the town (in “The Haunted Car” – from another of Stine’s books), opening and then destroying the books, their work seems to be cut out for them. How will Stine and the teens get the characters back in their respective books, when the books no longer exist? 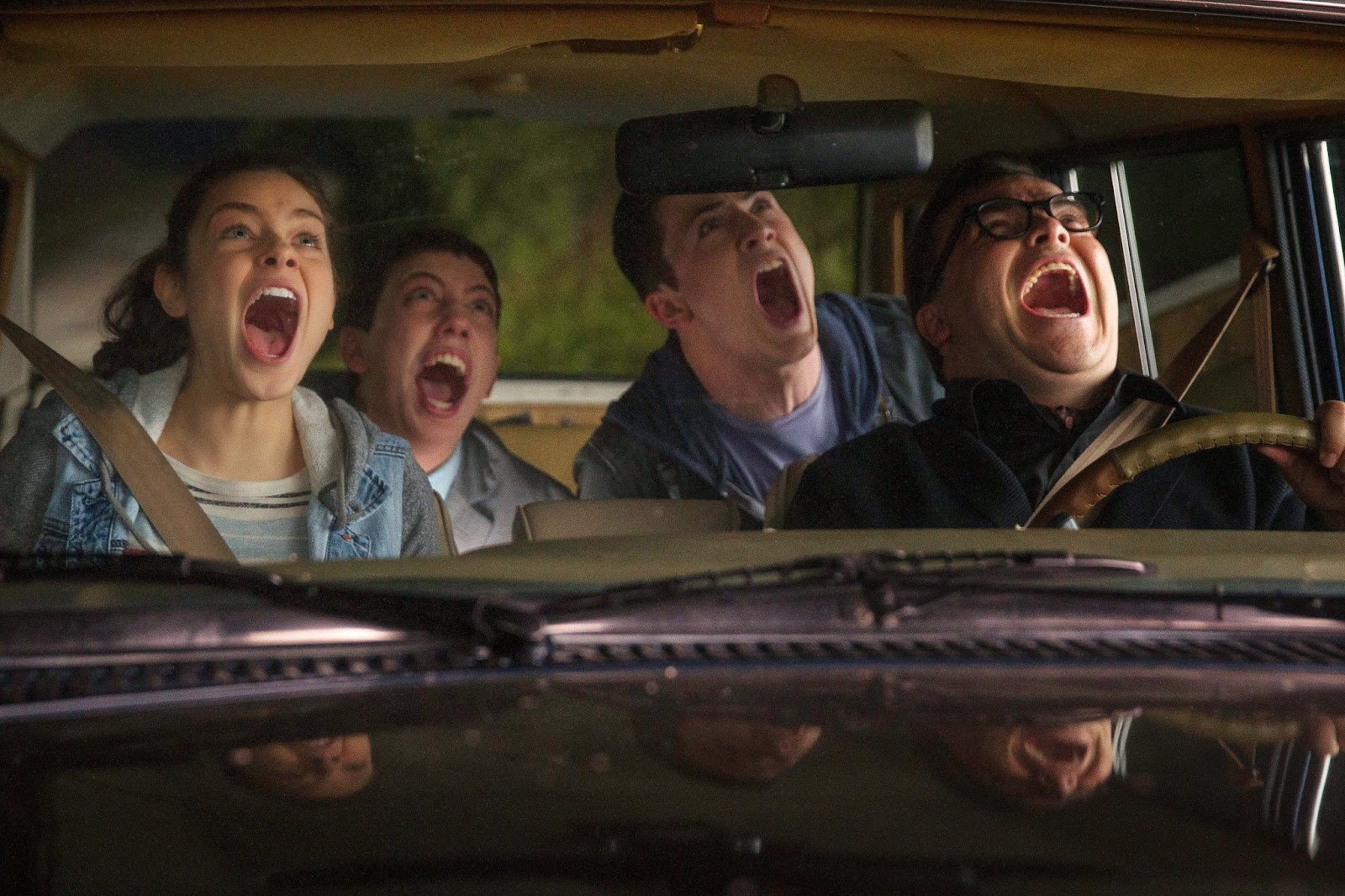 As directed by Rob Letterman, from a script by Darren Lemke, I had a lot of fun waiting to find out how the whole thing was gonna end up. To be honest, I’ve never been much of a fan of the Goosebumps books, or the series. But my daughters were big fans when they were younger, and I think the film does a great job of making both old and new readers happy by tossing in as many of the fabled characters that have sprung from Stine’s imagination into the film without alienating anyone whose never read the books or watched the TV series. And the script really does shoehorn in as many of the popular creatures from the books as it can. So fans of the books will probably be delighted to see characters like the aforementioned Abominable Snowman, Slappy the Living Dummy, The Invisible Boy, The Werewolf of Fever Swamp, ghouls, mummies, aliens, gelatinous blobs, giant insects, angry poodles that can levitate, and some of the meanest lawn gnomes you’ll ever meet. 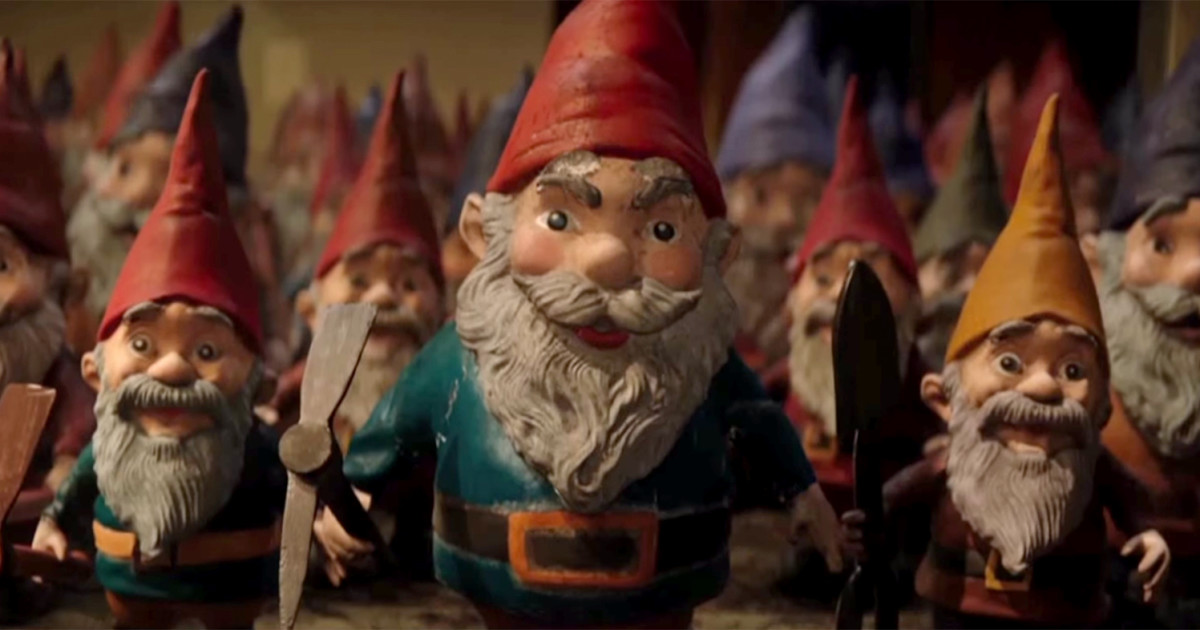 Since I’m not a fan of the franchise, I liked the fact that the film doesn’t take too much time getting into a groove. It pretty much gets to the nitty gritty quickly and neatly, and I got into it rather quickly. The action is nicely choreographed and while the CGI does the job for the most part, it leans towards a juvenile look that kinda highlights their overall cheesiness. Then again, I wouldn’t be surprised to discover that this is the look the production was looking for from the CGI. Maybe they didn’t really want to scare the bejeezus out of the kids in the audience by making the creatures look too realistic. If that’s the case, they succeeded. The teens in the cast do a nice job of looking terrified and amazed at what’s going on all at the same time. Lee’s characterization of Champ was funny at first, but as the film continued his antics began to wear thin on me after a while. As Stine, Black strikes an odd balance between concerned father and maniacal next door neighbor well enough, but he seems to have an accent that I couldn’t place. Sadly, he goes back and forth between his normal voice and his slightly accented one more and more as the movie continued. Additionally Jillian Bell plays Zach’s aunt Lorraine as a stereotypical single woman that’s always on the hunt for a husband, and a bit on the ditsy side of the street as well. While she’s good here, her character is so cliche that she became almost immediately annoying from the moment she makes her first appearance. 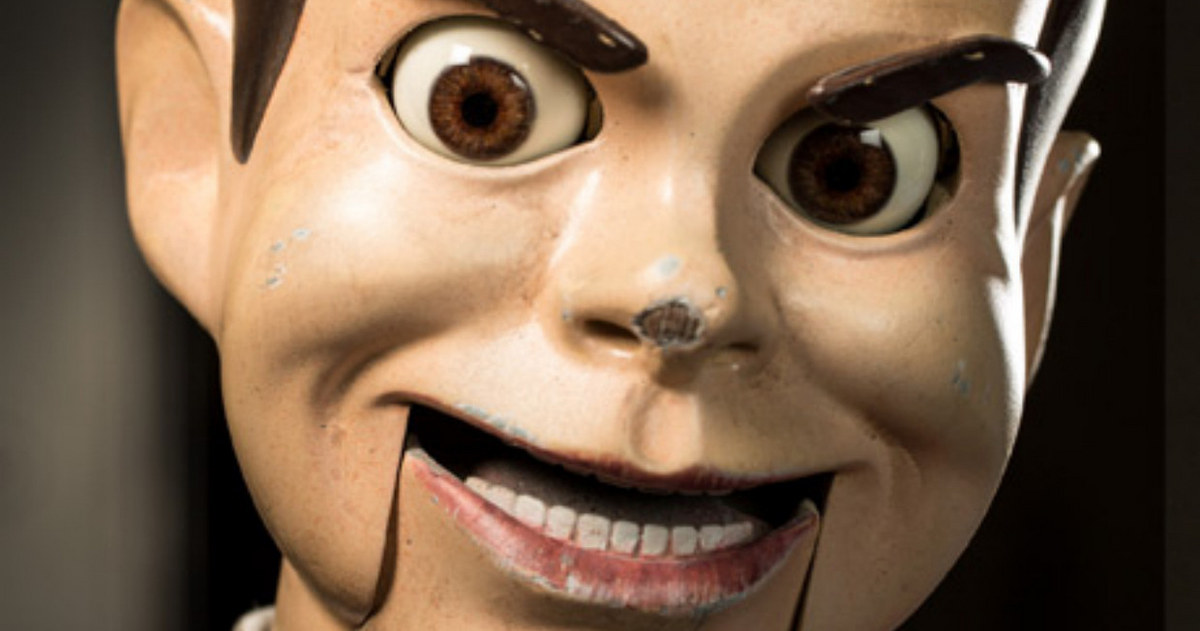 But as I mentioned earlier, Goosebumps is a lot of fun – even for a mean old curmudgeon such as myself. The script makes the story feel a lot deeper than it actually is, and younger kids might be frightened by the happenings here. But overall, I’m pretty sure that they’ll shriek with delight a lot more than they will out of fright. Goosebumps is perfectly formulated for children to have a great time at the movies without having to worry too much about not being able to sleep afterwards, and it’s a hell of a lot of fun for their older siblings and parents as well.

Goosebumps – 3 out of 5 shrouds

Blu-ray and Digital Special Features include:

Goosebumps is now available on bluray per Sony Pictures 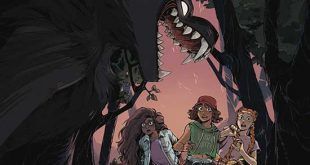 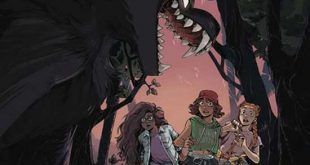