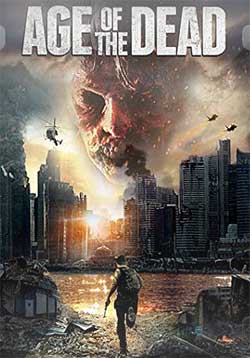 The world is in a shambles as the result of a zombie apocalypse. Amidst the chaos of the aftermath, a pregnant woman and her companion make their way to an announced, escape rendezvous. At the same time, an imprisoned woman, who is being tortured, manages to escape her captors. As the prisoner battles to evade her pursuers and the couple struggle to get to the rendezvous in time, their paths inexorably intersect and each of their journeys become even more treacherous.

Written and directed by Francesco Picone, Age of the Dead follows two merging storylines. First, there is Alice and Stephen. Alice, played by Roberta Sparta, is a pregnant woman who receives a phone call from her husband warning her not to leave the apartment or let anyone one in. While Alice is on the phone, her toddler daughter hears knocking at the front door and opens the door to a waiting zombie, who kills and begins eating her. Alice discovers the zombie feasting on her daughter and escapes into a room and barricades the door. Eventually, the daughter-eating zombie loses interest and leaves, and Alice heads out of the city on foot. Just as Alice is about to be taken by the same zombie that killed her daughter, Stephen, played by Marius Bizau, saves her. Stephen has a car, so the pair head out of the city in search of safety.

During their obstacle-laden journey, Stephen and Alice come upon a car with a CB radio. On the radio, they hear a broadcast encouraging the uninfected to try to make it to a specific port by a certain day and time. There, they will be evacuated to a zombie-free island. At least now, they have hope and a destination.

In the second storyline, we follow an imprisoned woman, credited as “Prisoner” and played by Désirée Giorgetti. She is chained by the neck in a cell, tortured and abused, and has been the subject of what appear to be medical procedures. One of her captors can’t live with what is being done to the Prisoner and releases her.

We then meet Roocker, played by Aaron Stielstra, who is the leader at the “Refuge” where the escapee has been held prisoner. After killing the man who freed her, Roocker heads out in pursuit of the Prisoner. Roocker is an evil character, completely without redeeming qualities. For example, he feeds a little girl to his wife-turned-zombie. Later, while being chased by zombies, he shoots a comrade so that the zombies will focus on the slowed, wounded man and Roocker can make his escape. So yeah, nice guy. Eventually, the paths of Roocker chasing the Prisoner, and of Alice and Stephen on their way to the rendezvous, intersect, creating even more conflict.

Age of the Dead is another cannibalistic zombie movie, which wouldn’t be so bad if it had something new to say. It doesn’t. The script is horrendous at times. At the beginning we hear a news broadcaster on the radio say, “… those responsible for the wave of violence sweeping across the country are not actually alive.” In another scene, the prisoner runs down the middle of a paved road trying to escape Roocker … who is in a vehicle! I don’t know about you, but that doesn’t seem like a particularly effective evasion technique.

At another point, two people are sitting in a stationary vehicle, with the windows open, on a road in the middle of a forest, having an apparently engrossing conversation. Surprise, surprise, surprise! A zombie magically appears and bites the driver’s arm. Hey folks! Did you miss the part where you were in a zombie apocalypse? Sitting still, windows down, lots of cover around, not paying attention? Seriously! We also see a hand that has been bitten by a zombie, amputated at the forearm with one, incredibly clean and accurate hatchet chop. I think not. I could go on, but you get the picture. This kind of illogic takes me right out of a film’s story.

It also seems like the filmmakers can’t decide how graphic the violence should be. The dead and eaten little girl at the beginning is behind a couch and we are shown a widening pool of blood on the floor and shreds of flesh and skin in the zombie’s mouth. Yes, I know, that’s pretty gruesome, but why not show the girl? There are also several off-camera kills. On the other hand, we see an arm and a leg graphically amputated, and a close-up throat slitting. I have to assume the choices were made for dramatic effect, or maybe cost, but they seemed to be just another sign of the movie’s unevenness.

Age of the Dead feels like a strange mashup of a Lifetime Channel movie and a straight up, zombie horror movie I don’t know if it’s the music or the dialogue or the editing, but there are far too many inconsistencies in this film for me.

On the positive side, Age of the Dead generally looks good and the special effects work when they decide to put them on screen. I also think the actors did the best they could with the script they had. Even though her character had no dialogue, I was particularly impressed with Désirée Giorgetti’s portrayal of the Prisoner. 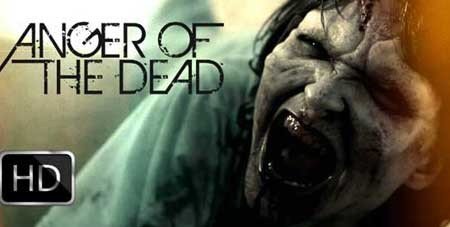 As an aside, one of the producers is Uwe Boll. You may remember him from his June 2015 video that went viral. In the video, he thoroughly bashes crowdfunding and fans for not helping him reach his fundraising goals for Rampage 3. So what does this have to do with Age of the Dead? Well nothing, other than I had never heard of Uwe Boll until I saw his viral video and had never knowingly seen a film in which he was listed in the credits. Now I have.

I’m sure you’ve guessed by now that I can’t recommend Age of the Dead. I give it a 1.5 out of 5 confused zombies, if only for the look and the acting. But that’s just me. 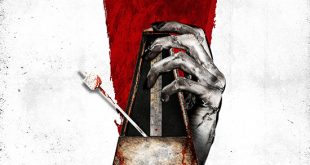