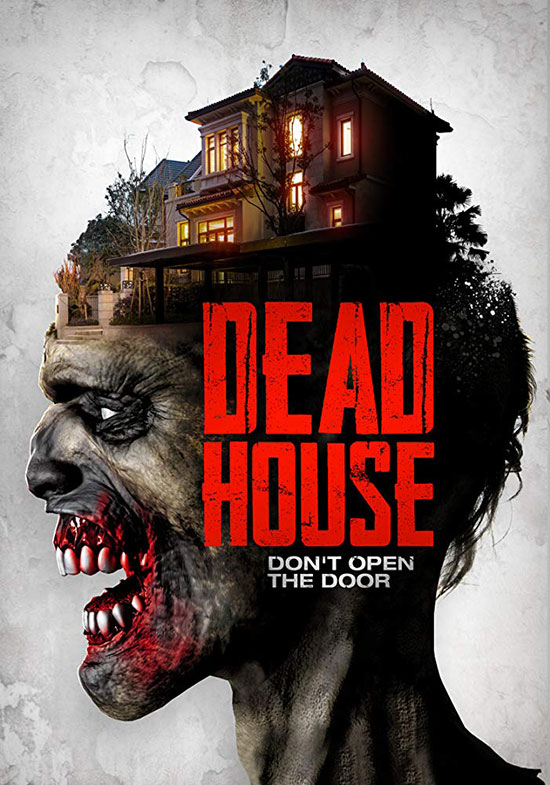 Two men renovating a mysterious old house attempt to leave before the building enters lock down and seals them inside. Unfortunately the house has different plans for them.

Dead House, the directorial debut from Brini Amerigo, was originally titled Beautiful People. Whilst the new title is apt, Beautiful People had a cynicism to it that bolsters Amerigo’s film. Dead House is a mean-spirited film, a nihilistic dissection of family and morality with a couple of zombies thrown in. If that sounds like your cup of tea, then you are in for a treat. For everyone else, like me, you might be wanting a bit more to chew on.

So, how mean spirited is it? Well, you need only get as far as the opening scene, which features a middle-aged couple making love, to find out. Whilst mid-coitus, the wife stops and tearfully says she can’t carry on. The camera pulls back and we find the couple are being forced by gun point to have sex in front of their beaten and bound daughter. The instigator of this horrific torture is Nibbio (Danny Cutler, The Antwerp Dolls), a knuckle dragging ape who gets his kicks out of invading homes with his brother, Brett (Alex Southern) and, for want a better phrase, business partner, Testamento (Alex Lucchesi, The 17th Floor). Having watched them destroy one family, the audience can only sit back as they move onto their next target: The Pontecorvos.

Zombies! I’m talking about zombies, people. Housebound zombies. Weren’t expecting that, were you? 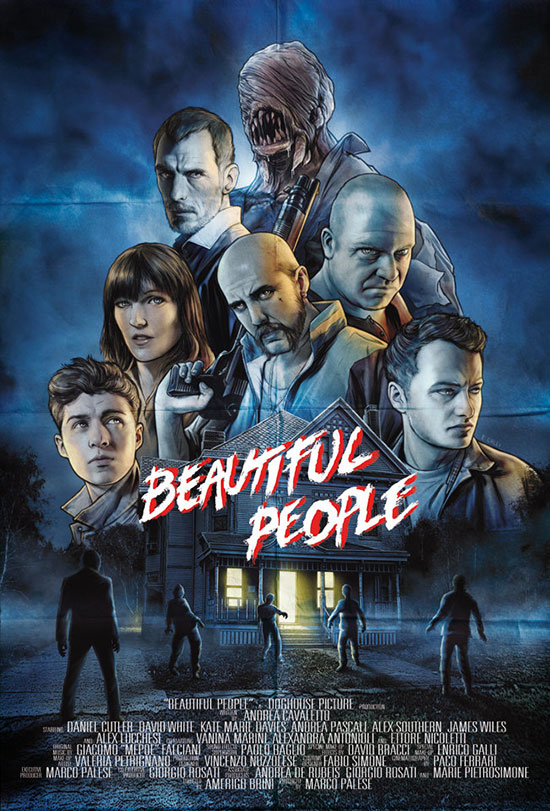 Now, despite a brief flash of a flesh-eating frenzy shown in the film’s opening credits, Dead House keeps its decomposing antagonists on a tight leash. In fact, we don’t see them till we’ve broken the back of the third act. Instead, Amerigo takes great delight in leading his audience through a rather uncomfortable hour of Nibbio and his gang terrorizing the Pontecorvos. Whilst you wait for zombies to eff a whole bunch of stuff up, settle down for threats of rape, child endangerment and, randomly, lots of monologuing from ol’ Nibbs himself. Is this the thinking person’s horror movie? Hardly, but there’s definitely the impression throughout that Amerigo wants you to think about the bigger picture. However, I’d be hard pushed to tell you what that bigger picture was. Something about how corrupt the government is, maybe?

Things certainly pick up once the basement dwellers throw down their shackles and start trying to eat everyone. Clearly a film with a low budget, Dead House still manages to have some impressive and gruesome prosthetics. And as the film winds up, there’s some good old-fashioned carnage to enjoy.

It’s just a shame it takes up such a small part of the film. It’s not long before the film’s pessimism kicks in and we’re all reminded of how terrible human beings are. Like, they are really terrible. Don’t believe me? Just watch how quickly, and without warrant, everyone in Dead House becomes an unbelievable turd by the time the credits roll. Well, to be fair, two of them manage to maintain their innocence, but they end up dead, so what use is that to them now? No, probably just best we all pack it in and lie down on the ground with bags over our heads. If anything, Dead House proves life is short and pointless and when we die, some of us will likely face the indignity of being an experiment in someone’s palatial basement. Whoop-de-doo.

In summary, Dead House is a sickeningly violent movie that’s liable to make you feel incredibly depressed about where we’re going as a species. It makes the ending of Night of the Living Dead look like the ending to Lost in Translation. It’s not many zombie flicks that you can say that about and your mileage definitely may vary. To quote the philosopher, Marvin the Paranoid Android: ‘Life? Don’t talk to me about life.’