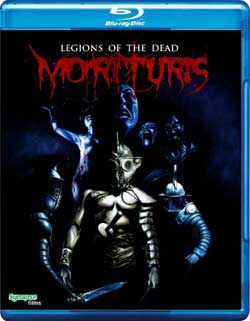 While out driving, three young men meet two beautiful women and convince them to go with them to a rave out in a remote location. Once there, the women realize that there is no rave and that the men lied to them in order to beat and rape them. The women try to escape, only to accidentally unleash a pack of zombie gladiators that proceed to attack the group as a whole

Being a web site that is not afraid to review over-the-top films, we were excited to hear about Synapse Films latest release “Morituris: Legions of the Dead” (also now on bluray!) The release which was originally dubbed in Italian language offering (no subs option) is finally made available in the US complete with English subs in tact.

Directed by Raffaele Picchio, the film really at its core has a very simple premise. 2 girls pick up 3 local guys ready to party anticipating being taken to a some off-road “rave” event. The notion itself is already filled with troubled assumptions that really doesn’t need a film to say……bad idea. However, girls will be girls throwing caution to the wind. Everything seems to be right on track offering a potential promising night of drinking, romance, and good times…however (as we have learned from all those “Hostel” films), Americans shouldn’t make assumptions about foreigners they just met. 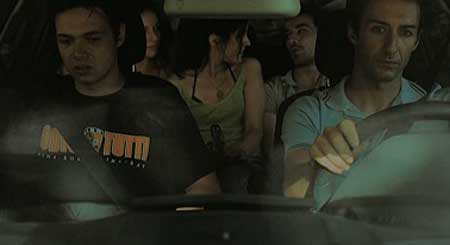 Now it doesn’t take “too much” imagination to predict that couples will emerge from this night probably culminating in sex, drugs and alcohol (not necessarily in that order), as really “that” is the “trend” we’ve come to know.

Where the film begins to really get “dark” is in how things change almost immediately for the worst.

It is worth noting that “Morituris: Legions of the Dead” really has 2 levels of dire consequences which can be guessed from the synopsis

In review, the IMDB page and wiki page lacked character names, so …..for the sake of not re-tracing my steps to assign proper names, we’ll just call the characters, 2 girls and 3 guys.

Ok, so they all make their way to a far off off-road thick forested setting that nests right next to an old runic looking building. The girls are informed that “this” is the area where the rave will be held. Drinking begins and soon the 2 girls are off alone with some of the guys in romantic embrace. 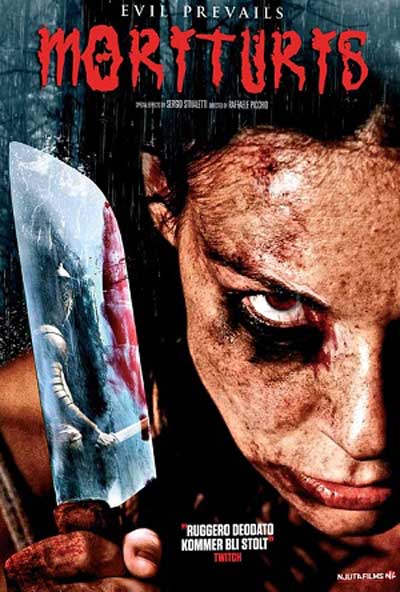 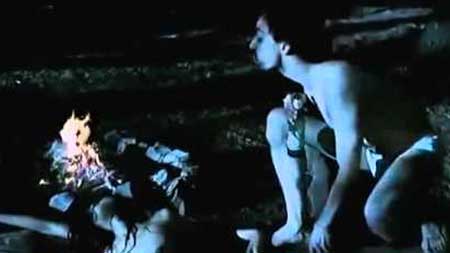 Fair enough, except things turn “immediately” from passionate embracings to foul-rooted rapings that shift from sweet to evil without any sort of build-up.

The 2 girls are immediately held against their will as they are brutally raped and sodomized only to be further beaten and kicked. As this occurs, I can already hear the “bad taste” comments rolling off of future viewers who’d rather not experience this level of cruelty. Beaten, kicked and demeaned beyond normal standards, the 2 girls are soon victims under the weight of an obvious pre-planned event that the guys arranged in advance. In the meantime, their off-site leader seems to indulge in his own sick forms of torture.

At this point, savvy viewers will be expecting a “comeback” empowered return when circumstances allow themselves to grant the girls the upper hand. That “does” arrive however not until completely turning the focus of the film to a group of Zombie gladiators who have arisen from the shadows to destroy everything they come in contact with.  Yes, plot change indeed.

The girls incident becomes secondary to axe-wielding spear-stabbing stone-looking zombie gladiators who seem to be intent on sacrificing the living for their own purpose, some form of sacrificial offering.

“Morituris: Legions of the Dead” is a film that I would highly recommend to viewers who don’t mind “extremes” done on a professional scale. There is alot of nastiness to enjoy (or cringe at depending on your preference), but done with a style and presentation that stands above others of its genre. The gladiator zombie 3rd act is right in line with gory Troma-style films that waste no time of making excuses for pure cold brutality. 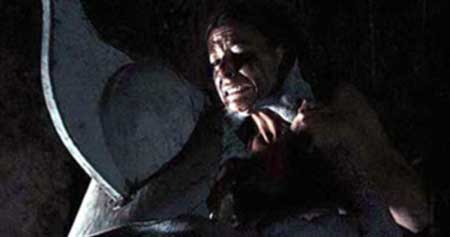 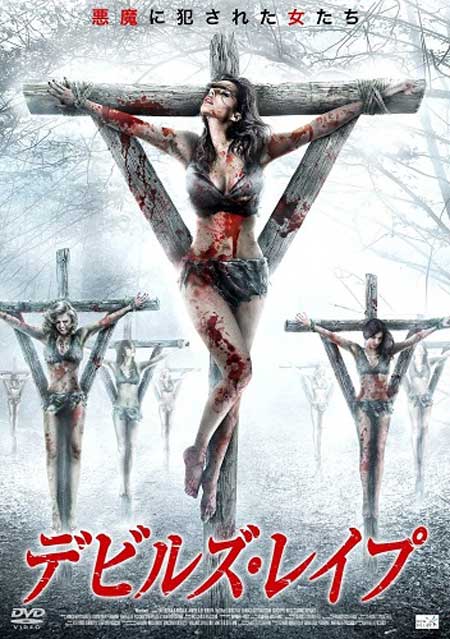 The Italian roots give the movie a “flavor” that keeps things moving and engaging in often bizarre ways. First time  Director Raffaele Picchio certainly has done his homework in early horror film mood-inducing cinematics complete with a a style that feels like it could be just enough to become “culty” on its own merit.

Synapse Films chose this release and movie for a reason. One that I certainly approve of. If you like your horror “nasty”, stylized and “weird” then look no further than the release of “Morituris: Legions of the Dead“. It’s right in line with other Synapse Films releases that surely offer something off the beaten path.

Morituris: Legions of the Dead is now available on bluray per Synapse Films