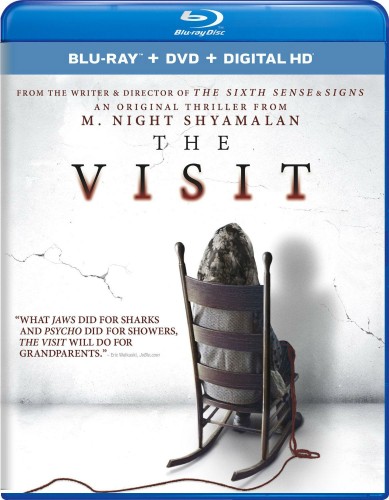 A single mother finds that things in her family’s life goes very wrong after her two young children visit their grandparents.

It’s patently impossible to write about any M. Night Shyamalan film without discussing his habit of adding a nifty (or not so nifty), twist of some sort to the endings of nearly all of them (The Last Airbender (2010) & After Earth (2013) are two titles that escaped his patented twist). Therefore, it should come as no surprise that his latest film, The Visit, does indeed feature a bit of a surprise near the end. But lets talk about the other 95% of the movie first – shall we? 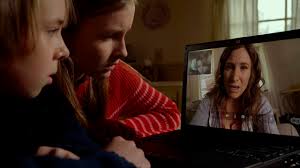 A single mother of two (Kathryn Hahn, listed as Mom in the credits), decides to allow her two children, 15 yr old Becca (Olivia Dejonge) & 13 yr old Tyler (Ed Oxenbould) to spend six days visiting their grandparents after they make a unexpected request to meet their grandchildren for the first time. Mom moved out of her parents house when she was 19, and hasn’t been home since. So when her parents reached out to her, Mom decides that it’s a good idea (the fact that this gives her some time to go on a cruise with her boyfriend helps make her decision easier). Becca fancies herself a documentarian, so she decides to make a short film recounting the experience of traveling to Pennsylvania with her brother to meet her grandparents. 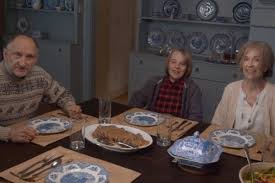 At first, all is well. The kids find their grandparents Nana (Deanna Dunagan) & Pop Pop (Peter McRobbie), happily waiting for them at the train station. But once they arrive at their grandparents modest farmhouse, they learn of a rule that they must adhere to. Bedtime is at 9:30, and the kids shouldn’t come out of their room after they go to bed. Additionally, the basement is strictly off limits to them. On their first night, the kids hear some odd scratching and footsteps, and when the kids decide to open their door to see where the sounds are coming from – they discover Nana is furiously scratching at the wall, and scurrying across the floor on all fours. And since kids will be kids, they take a trip to the basement where they find Pop Pop quietly sitting, seemingly in some type of trance. Toss in a barn with a sizable quantity of soiled adult diapers sitting in a corner, Nana and Pop Pop’s suicide attempts, Pop Pop’s belief that he’s being followed, and a well that Nana has a strange fascination with, and the question arises: What the hell is going on here? 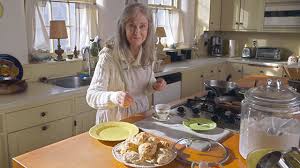 Therein lies the rub. This being a Shyamalan film, everyone knows that there’s a twist coming, and I believe there are two problems with that. The first one being that the twist that everyone is waiting for, isn’t always worth the wait (The Village & The Happening – I’m talking about you). The second one is that since Shyamalan is known more for his patented twists, I believe people go to his movies just to see what twist he has waiting for them – but this comes at the cost of not really paying too much attention to the movie. And with a movie as quiet & measured as The Visit is, that can be a problem. After a fairly interesting beginning, the narrative grows cloudy & slows down as Shyamalan unveils more wacky traits that the grandparents have. The script (also by Shyamalan), feels like its been designed to let loose with another peccadillo every 8 minutes or so – and that became boring for me. 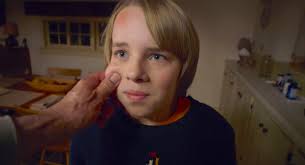 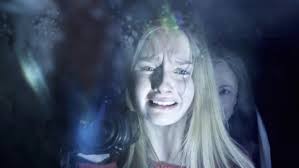 But just as I thought all hope was gone, along came the big twist. And while it wasn’t what I had come up with, it didn’t exactly leave me gobsmacked either. Afterwards, I decided that I had seen something similar on TV a long time ago, I just couldn’t remember what. But while I was wracking my brain trying to remember, I realized that The Visit is pretty much a made for cable movie with delusions of theatrical release glory. Mind you, that doesn’t make it a bad film, just a very ordinary one. 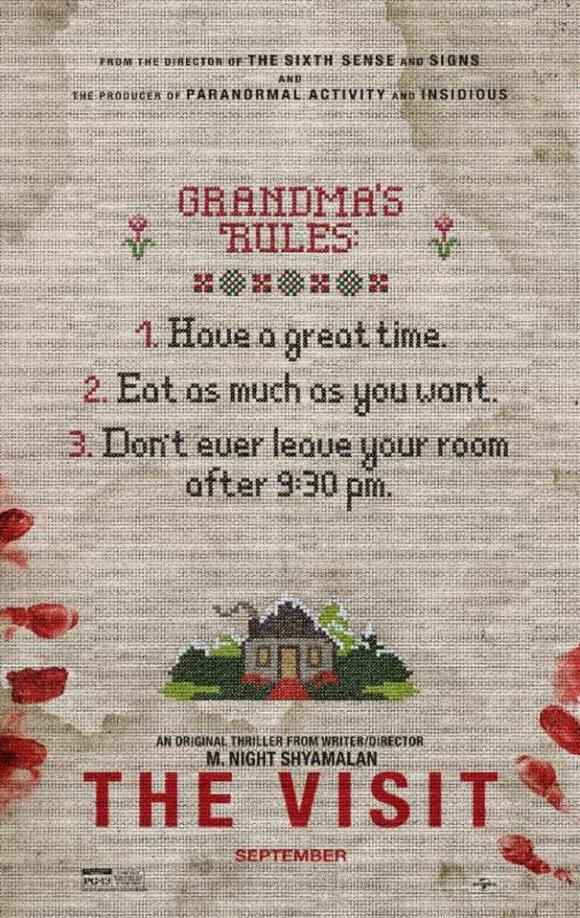 The performances of Dunagan and McRobbie really elevate the whole enterprise. They’re both believably nuts (especially Dunagan, who seems to revel in her characters madness), and eventually more than a bit frightening as well. DeJonge admirably holds her own against the two veterans, but Oxenbould has to be one of the most irritating characters I’ve ever suffered through in a film. While his sister wants to become a filmmaker, Tyler fancies himself to be a rapper and Shyamalan makes the critical error of having the character perform a few of his raps, calling himself “T Diamond Stylus“. Not only is the character just inherently stupid to start with, Oxenbould has a really annoying lisp that makes some of his dialog impossible to follow, and his raps absolutely horrendous. While it might be easy to say that the raps he performs are supposed to be horrendous, I get the feeling that they weren’t supposed to be. Oxenbould played the lead role in Alexander and the Terrible, Horrible, No Good, Very Bad Day (2014), and the lisp worked for him there, it made Alexander vulnerable, which worked for that character. But in this film, it just makes him annoying – and his so called “Raps” nigh unintelligible. Shyamalan made a critical error in giving the character the belief that he can rap, and he cast the wrong actor for the role. I was really hoping that Pop Pop would just smack the kid straight in the kisser a few times to shut him up. 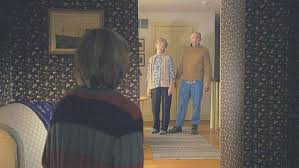 Speaking of Terrible & Horrible, The Visit is neither. It has a strong beginning, and it builds up a nice head of steam as it progresses. But it nearly comes to a dead stop as we discover more and more bad things about the grandparents, and less about why they’re acting so strangely. Shyamalan has a ball trotting out new peculiarities for Nana and Pop Pop (EXTREMELY ANNOYING nicknames btw), but forgets that he has a story to tell. There’s a really nice plot thread dealing with Tyler telling Becca that he’s noticed that she never looks at herself – ever. But after allowing Tyler to make this revelation to his sister, Shyamalan just lets that plot strand to fall away – never returning back to it. I would’ve liked to learn a bit more about why Becca avoided looking at herself, but Shyamalan still had some more odd habits of the grandparents he just had to put into the script. Too bad.

In the end, The Visit will probably work for most of you. It didn’t move me entirely, but it did entertain for a while, which is more than I can say for a lot of the films I’ve had to sit through as of late. It’s hardly the snooze I was expecting it to be, which is good. But it certainly isn’t the return to form that Shyamalan fans might hope it is either. If you’re a M. Night completist, then you’re gonna see this movie no matter what anyone says anyway.  So gather round the fire, call your grandparents over for some eggnog and give em a nice round of grandparents chills

The Visit is now available on bluray per Universal Entertainment