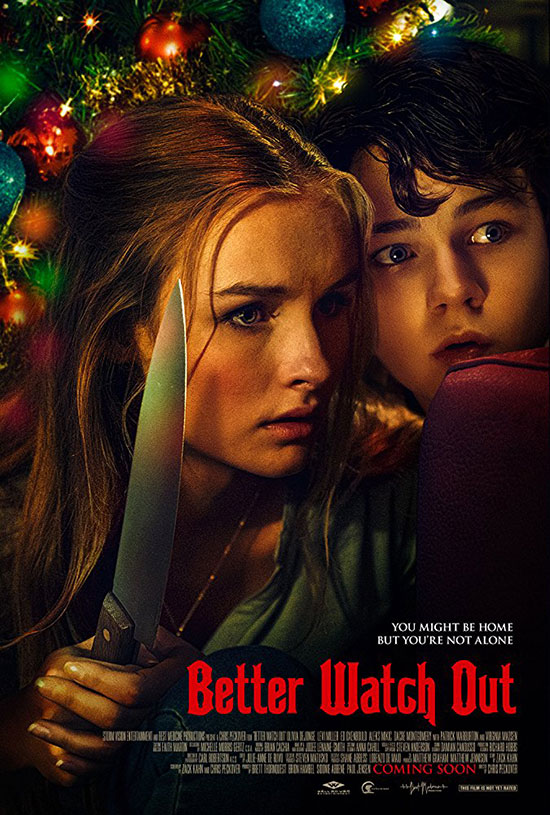 In the land of the horror film, no holiday is safe from evil, terror, killers, and monsters of various origins. Christmas, with all of its images of love, peace, and happiness, is the perfect target for all things awful and fearful. There is something akin to glee felt at finding something that undermines the overwhelming sweetness of that time of year. Personally, the more depraved the film, the better.

We have “Better Watch Out” as our example of a horror film set during the Christmas holidays that wanders happily into the realm of the cruel and twisted. 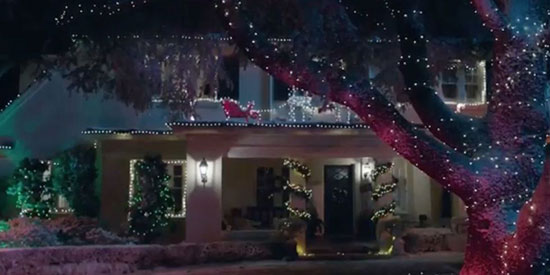 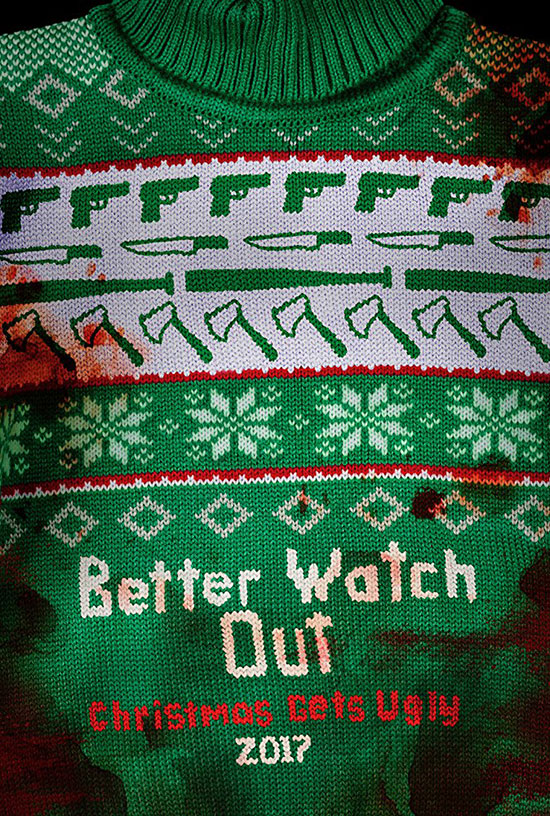 Ashley is moving away from home, but, as a favor to some family friends, she agrees to babysit Luke, a rather timid and fragile 12-year-old boy. As the evening progresses, strange events happen before all communication is cut, the house appears to be surrounded by armed snipers, and a figure armed with a shotgun is roaming the house looking for the inhabitants.

Telling you more specific details risks revealing the element that makes this film a minor hot spot of controversy for horror fans who either like or loathe this film. Let’s just say that the film takes a couple of twists, each one darker than the other, and the entire film quickly becomes an utterly different beast from the one you started with.

Some people hate this movie, calling it manipulative with a cheap twist. (I guess they have never seen an M. Night Shyamalan movie.) Others call “Better Watch Out” the best new Christmas horror film out there. To be honest, the film actually falls somewhere in the middle.

The first chunk of the film kind of leads you to think of light-hearted fare. You start with a kid bashing a snowman with a baseball bat, and the little girl building the snowman chases the kid off while calling him a rather rude name. Ashley, our main female character, has a black cat cross her path as she is driving to her babysitting job.  Luke’s parents are funny (Patrick Warburton and Virginia Madsen in VERY brief roles). Luke’s best friend, Garrett, is a fumbling dork of the highest order. All of this points to very silly comedy with some light horror overtones. 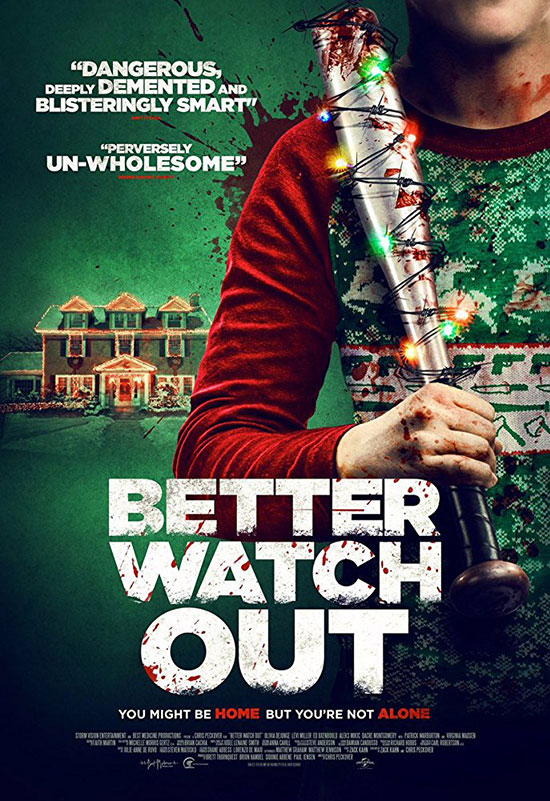 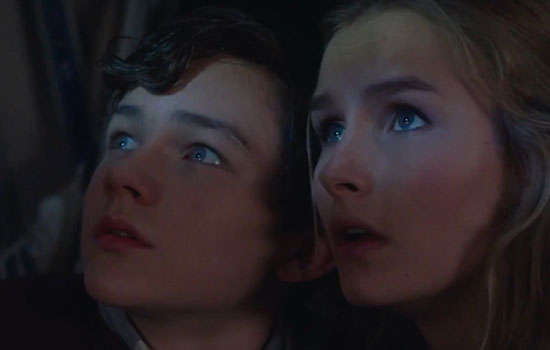 Then the movie turns dark with the home invasion, but still manages to work some absurdities into the events. Random things from the first third of the film resurface, especially a rather ugly spider. Luke tries to get drunk to help him express his attraction to his babysitter, and, as a result, he accidentally chucks Ashley’s cell phone into a full fish tank. Vaguely meta-references are made to a horror movie that Ashley and Luke watch and how characters in such films do stupid things only to have our characters make the exact same stupid moves.

At this point, the film takes a step that I feel is the breaking point for most people. You find out something that makes almost everything that came before it into a lie, and it changes a character into someone you do not like and cannot in any way identify with. While a lot of people don’t mind getting side-swiped during a movie if the twist is organic or foreshadowed in some way, most do not like a movie that says, “Oh, and by the way, you basically wasted the last 30-plus minutes to find out THIS is the real movie. You’re welcome.” 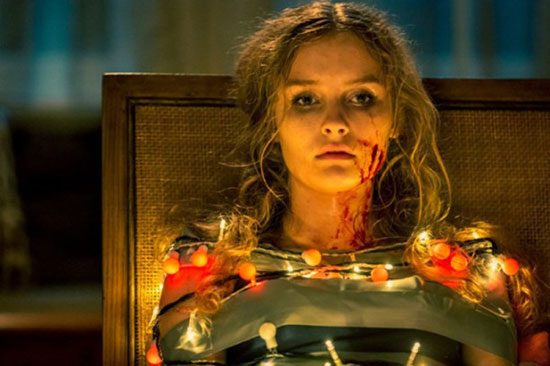 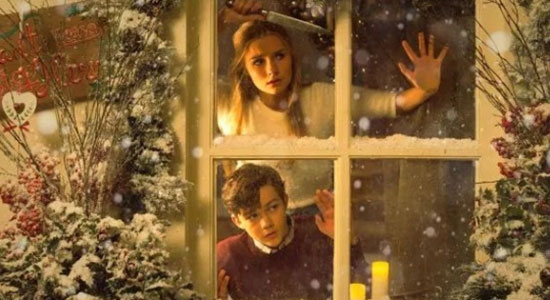 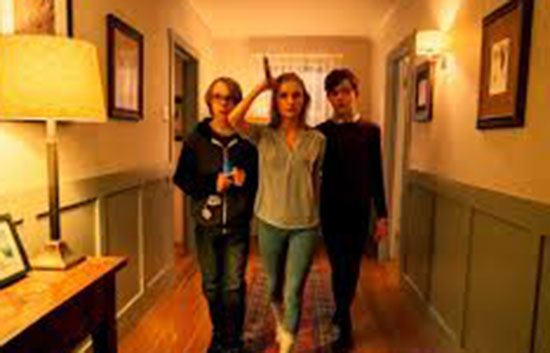 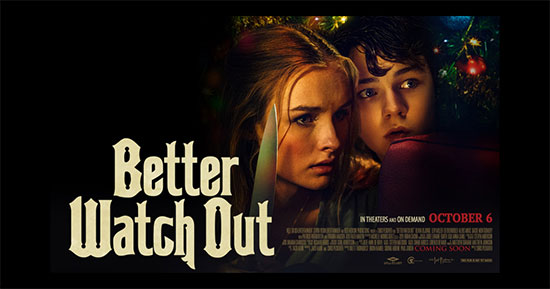 “Better Watch Out” does not completely snub its nose at the audience, but you do feel cheated by the change. On the upside, once the change takes place, the tale continues to become more vile and nasty so it never backs away from where it intends to tread. However, after the gruesomeness begins in earnest, the weird attempts at humor that continue from the first part of the film feel cruel and not even remotely funny. Again, this misstep could be feeding the fuel of those who dislike this film.

Another element that may be adding to the dislike is that, after you see where the film is finally going, an audience can no longer trust what they are seeing and so begin to doubt everything. Like the stupid kid who shouted “Wolf!” too many times, “Better Watch Out” pulls the rug from under you enough times that you no longer feel you can invest faith in anything. As a result, the viewer ceases to care what happens.

While watching the film, there existed a feeling of being pulled in different directions. I liked and appreciated the willingness of the scriptwriter and the director to dwell in some very dark and uncomfortable areas, such as sexual politics and a character that turns on and off their emotions with stunning speed. Still, after the second twist, I kept waiting for a third or fourth twist. You actually get a last-minute twist that feels more like studio influence because the ending was set to be utterly bleak, which would have actually been better, and even slightly humorous, if you enjoy depraved endings.

On the plus side, the film has solid performances from the actors playing the major characters, which help keep you invested a bit, even when the rest of the film has you questioning your logic for hanging around for more twists. Another bonus is a story that can appeal to those who hate Christmas as well as to those who have some serious sociopathic tendencies. As I said, the more depraved a Christmas horror film becomes, the more I tend to like it.

Is it worth your time? Hard to tell. If you are somewhat forgiving when it comes to films that hit a few marks but miss others, then, yes, check it out. If you want something different, check it out.

If you think Christmas is a time of sparkly happiness for all mankind, run away from this film. If you don’t like having to readjust your take on a film every time it throws another twist, avoid this movie. If you have issues with male privilege, violence against women, torture, and people who blame others for their issues, NEVER watch this movie.

As conflicted as I am on this title, I think I will put it on my back-up list for Christmas films for next year. You never know when your Christmas might go just a little postal.