Glass Trilogy Explained
The Hero, The Unstoppable Force And The Mastermind

The East rail 133 trilogy, or Glass trilogy, as most people call it, is one of the most bizarre and interesting trilogies in modern history. The thought-provoking deconstruction of the superhero storyline came from the mind of famed and polarizing director M. Night Shyamalan.  The trilogy consists of 2000s Unbreakable, 2016s Split, and concludes with 2019s Glass. Originally Shyamalan envisioned a trilogy that would break up the three chapters of a superhero film into 3 separate films. What’s so brilliant about these movies is how they take the archetypes that make up the comic book world and give them a down to earth realistic feeling. At the forefront of this trilogy, we have one hero and two villains. David Dunn aka The Overseer played by Bruce Willis. Kevin Wendell Crumb aka The Horde played by James Mcavoy. And the brilliant mastermind Elijah Price aka Mr. Glass. What this trilogy essentially asks is, what if comic books are merely an exaggeration of the truth? What if superheroes and villains existed amongst us? 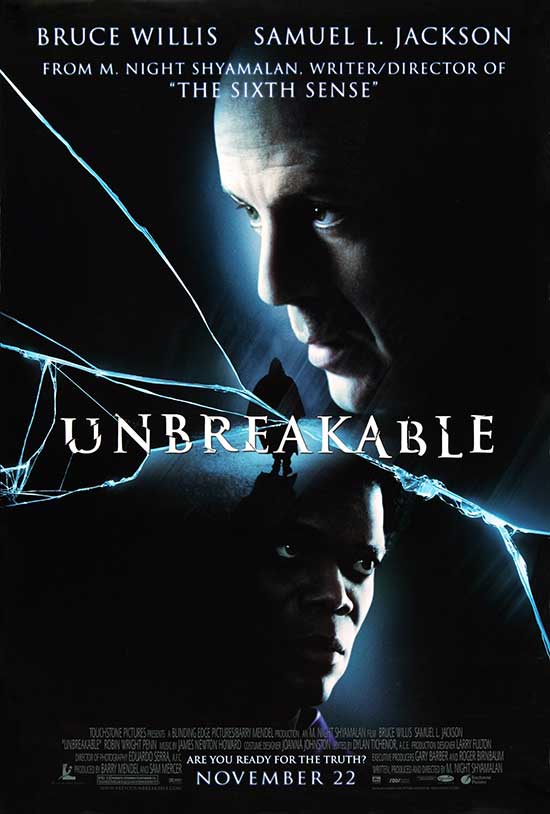 In Unbreakable we are introduced to our hero  David Dunn aka The Overseer. David is a security guard at a university in Philadelphia. When we first meet him David is not in a good place in his life. His marriage is hanging on by a thread and he’s disconnected from his son, and worse he has an empty feeling of depression that he can neither articulate or understand. After miraculously surviving a train crash David meets Elijah Price aka Mr. Glass. Price owns an art gallery and is fascinated with comic books and the superhero genre. Elijah Price was born with a rare disorder that makes his bones very brittle and easy to break. In his life, he has suffered from 97 breaks and spent most of his life in a hospital bed. He is convinced that if someone like him can exist on one side of the human spectrum, couldn’t there be someone on the opposite side?Someone with abilities far beyond the bounds of mortal humans who was put on this earth, to protect all of us. Price believes that the person is David. Throughout the film Price and Dunn develop a strong friendship as David discovers his powers and purpose. 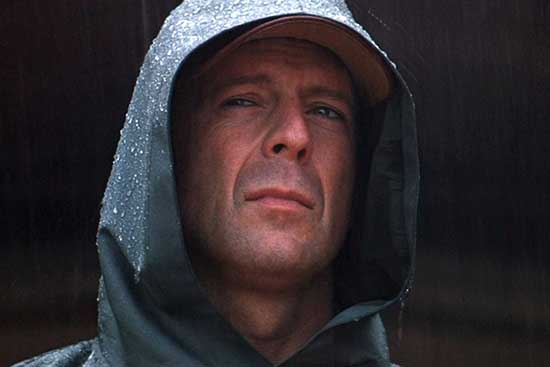 Dunn has near-unlimited strength and durability and a psychic sixth sense that allows him to see the crimes of people who have committed acts of evil. What makes Dunn’s powers so interesting is how his strength and durability are tied to the will of his mind. In a flashback we see David’s wife Audrey trapped in a burning car after a terrible wreck, and David rips the door off the car with little effort. He was able to do that because someone he loved was in danger and he needed to save her. When David is lifting weights with his son Joseph he struggles to lift the weights, saying that Joseph put too much on. Joseph tells his father he removed the extra weights but lies. He adds more and David lifts it with ease because he believed he could. It seems that David’s strength is tied to his sense of willpower and the same can be said about his invulnerability. David cannot be hurt or get sick in the normal sense. However, due to a traumatizing incident as a child, in which he almost drowned, he developed a phobia of water. Because he is so afraid of water he is weakened by it. He also possesses the  ability  to see crimes of evildoers. With all of these attributes and a green poncho for his costume, David Dunn becomes the Overseer, the hero of the story. 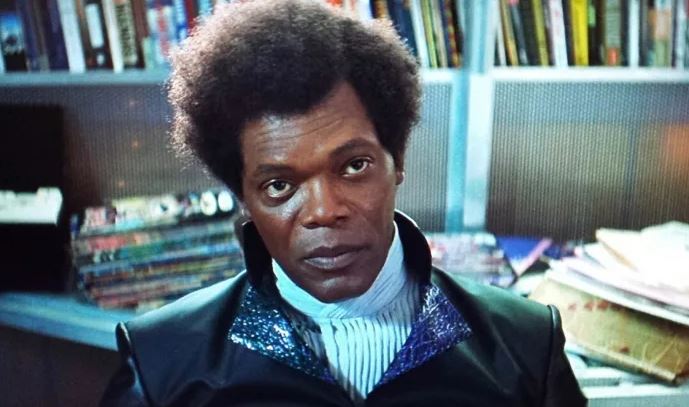 On the opposite side of that spectrum, we have Elijah Price aka Mr. Glass. Price is the polar opposite of David Dunn, he is not invulnerable or super-strong quite the opposite. Price was born with a rare disorder that makes his bones frail and easy to break, his body is weak but his mind is where his strength lies. He is off the charts intelligent, always two steps ahead of everyone. Believing that he is the villain of the story he becomes obsessed with finding his hero, that he is destined to do battle with. Price uses his superior intelligence to commit acts of terrorism with the hopes of finding that one special circumstance he is looking for as he says in Unbreakable ” There is a sole survivor and he is miraculously unharmed.”

Price spends the entirety of the first film as a friend and mentor to Dunn, it is only after shaking his hand he is shown the horrible truth about Price and what he has done. Even though Mr. Glass has committed horrible crimes you can’t help but feel sorry for him. His whole life he has felt weak and believed that he is a mistake with no purpose in the world. This is a classic depiction of a tragic villain, even if you don’t condone his crimes, you understand why he turned out that way. Glass represents the mastermind super villain archetype. His superpower is his intelligence and ability to manipulate others to do achieve his goals. He also seems to possess a mild power of persuasion. In several scenes in Unbreakable and Glass we see him talking to people and they are revealing deep secrets to him, but why would they do that? It’s never been confirmed but I believe that Mr. Glass has a mild mind control ability that helps him manipulate others to do his bidding. That’s how he was able to convince the man in the bar to give him intimate knowledge on the hotel he burned down. That’s also how he was able to convince the Beast to join forces with him. Mr. Glass is the brilliant archenemy, that fights the hero with his mind. 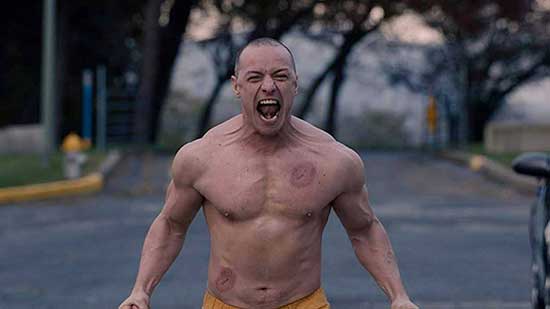 And then there is Kevin Wendell Crumb aka The Horde/Beast. Kevin like most villains has a backstory rooted in tragedy. As a young boy, his father was killed in a train accident, the very same train David Dunn was on in the first film, which was set up by Mr. Glass. After losing his father his mother became violently abusive towards him. The years of abuse shaped Kevin and molded him into 24 separate personalities, collectively known as the horde. Each personality was created to protect him from the horrors of his existence. What makes these personalities so unique is that when one takes over, Kevin is that person not just mentally but physically. If one of his personalities is diabetic, then he needs to take an insulin shot. 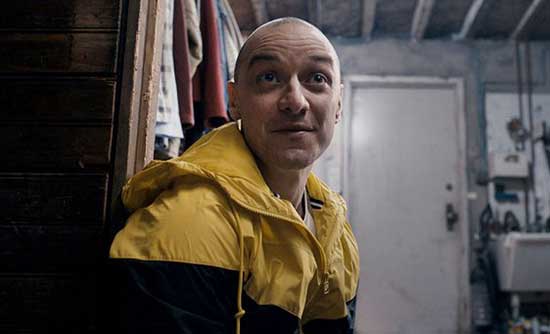 If one can’t see without glasses then he can’t see without glasses. The most dangerous and unpredictable of these personas is the 24th personality known simply, as The Beast. This personality is a pure uncontrollable rage. When Kevin is The Beast he has, superhuman strength, invulnerability and enchanted reflexes and speed. As Mr. Glass’s mother pointed out in Unbreakable there are two types of super villains. “There’s the soldier villain who fights the hero with his hands. And there is the real threat, the brilliant archenemy, who fights the hero with his mind.” The Beast is the soldier villain. When the Beast is in control nothing can stop him, except for The Overseer. The first time the two do battle it’s like watching two unstoppable forces trying to occupy the same space. The Beast may not be the mastermind that Mr. Glass is, but he is more than a match in strength for The Overseer. 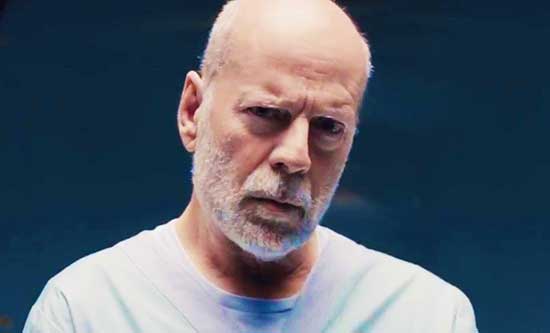 When the three characters meet for the first time altogether in Glass, they are imprisoned in a mental institution held by Dr. Ellie Staple, played by the delightful Sarah Paulson. Staple has them under the impression, that none of them are super. She is trying to convince all of them that they are all mentally ill and that their powers are simply a delusion brought about by a series of explainable coincidences. In secret, she is, in fact, a high ranking member of a secret society. 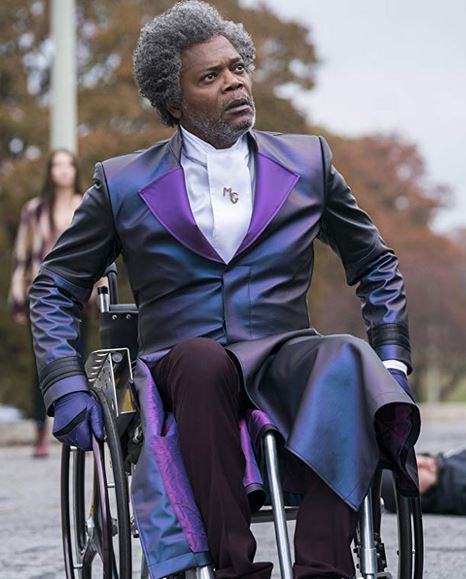 This society has existed since almost the beginning of time, and they exist to keep super-powered individuals existence, unknown to the world, by any means necessary. Essentially this group has been containing people with powers since the dawn of civilization. Either by convincing them they are mentally ill, or exploiting their weaknesses and murdering them, as they do with The Overseer and The Beast, after their final battle. So it appears that the hero and villains have been murdered, and the society wins again, but Mr. Glass has an ace hidden in the deck. Little did the society know, Glass recorded the entire battle between The Overseer and The Beast, and then released the footage to the world. 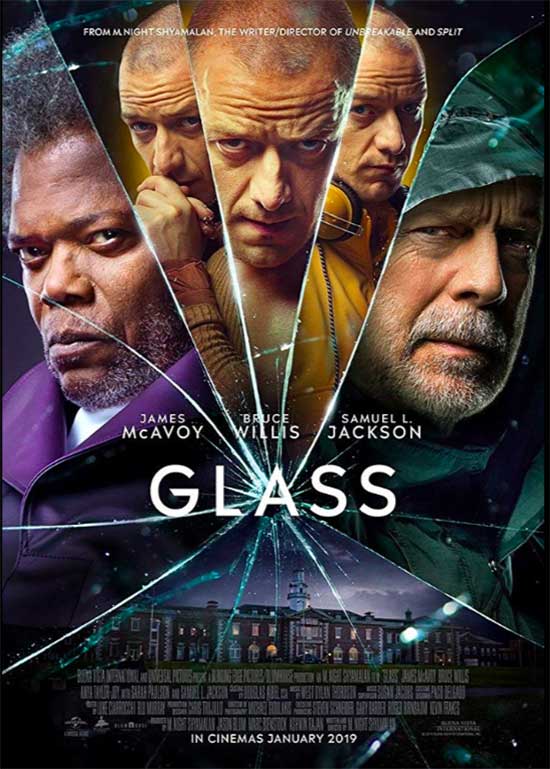 Glass always suspected the society had been killing super people and like the master manipulator he is, exploited them. Glass may have a downer of an ending with all of the main characters being murdered, but it also ends on a high note. The existence of super people is now known to the world, and the secret society has been exposed and made useless with no purpose. The final shot seems to convey that the world may be filled with many others like David Dunn, and those people may now start to realize that they too have the power to change the world. 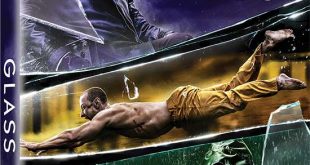