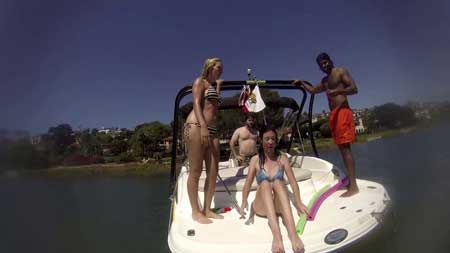 A group of friends are out enjoying a nice day on the boat, that is until…

Another short film, this time we have ESCAPE FROM POINT LOMA, from 95forty Productions and written/directed by Eric Williford. He has a number of other shorts and features to his credit, most notably THE 8TH PLAGUE. The rest of our cast in this film have all worked with Mr. Williford in one capacity or another on the other films in his catalogue.

Our story follows a group of people apparently on vacation in some fabulous seaside rented home. They have an amazing day of swimming, boating, surfing, and general shenanigans until they arrive back at their boat dock.

On the beach is an injured young woman in a bridal gown. Of course they rush to help her, but she’s pretty messed up. At this stage of the game, their vacation comes to an abrupt and terrifying end.

A few things to get out of the way right now – 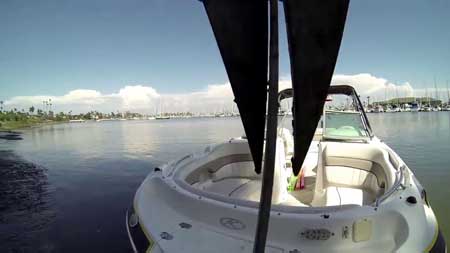 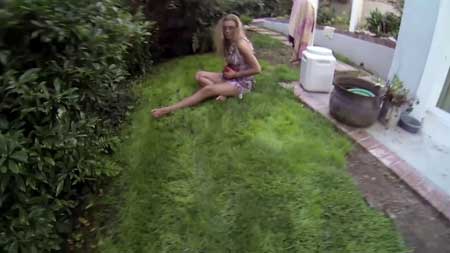 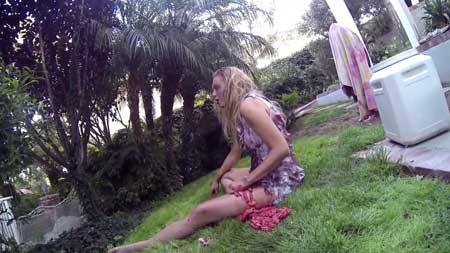 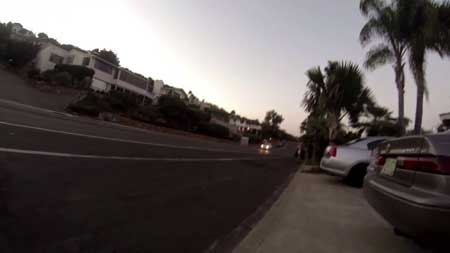 This is a “first person shooter” film, and I am so sick of those. The entire film is shot and edited from various gopro cameras worn by the characters and on their boat and surfboards, another thing I am so sick of.

However, the gopro cameras are characters themselves in this film. There is a valid reason for them to be there, and the characters just keep filming because it’s just not worth the time to mess around with taking them off what with running for their lives and all. I can live with that. At least the cameras have a believable context.

The film wastes no time at all getting to the good stuff, as a short film should. No boring exposition, or unnecessary back stories. Just “holy cow, what was that?” and we are off to the races.

Some really nice special effects and wetwork as well. The FX artist is Allison Fey, whom I am assuming is female. And let me just say how happy it makes me to see films using female gore creators.

A good short film, worth the time to watch.

So using my special “short scale” of one to five, five being awesome, I’m giving this film 3 bites.