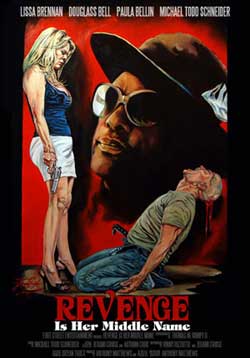 A former prostitute seeks revenge against the depraved pimp who turned her life upside-down seven years ago.

Revenge is Her Middle Name isn’t Anthony Matthews’ first experience in the horror movie world (he had cast and crew parts in a handful of Toe Tag Pictures releases), but it is his writing and directorial debut. And it’s been a long time coming – I’ve seen articles going as far back as 2009 about the making of this movie. For whatever reason, be it securing funding or landing the right distribution deal, the movie was shot back in 2011 but is only now getting a proper release in August of 2015. Who better to put their name behind this sleazy homage to grindhouse exploitation than Stephen Biro’s Unearthed Films, the distributor behind 100 Tears, American Guinea Pig, Lucifer Valentine’s Vomit Gore Trilogy, Collar, and so many other brutal horror films. 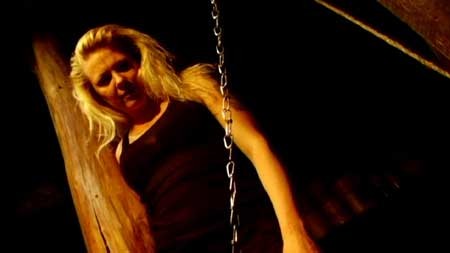 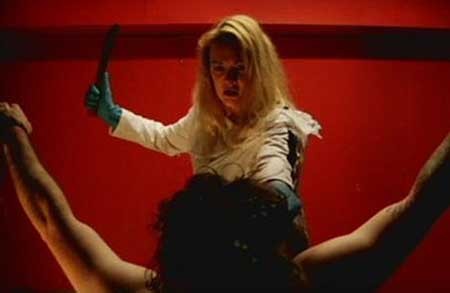 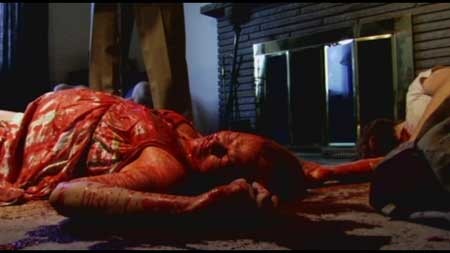 Revenge is Her Middle Name is the story of Kat (played by Lissa Brennan), a drug addicted prostitute very close to rock bottom. Her apartment is a filthy mess, her boyfriend, Dolph (played by actor/director Michael Todd “magGot” Schneider), is similarly addicted but even less motivated, and neither of them have very much going for them. But Kat wants to change all that, she wants to succeed in life, and she wants to have a baby. In fact, she has miraculously gotten pregnant. And so, instead of taking the traditional route of getting clean and finding a decent job, they decide to rob a local pimp – or, rather, Kat lets Dolph do the dirty work, then meets back up with him at their apartment, where she has an unpleasant surprise for him. Months later, having gotten clean and about ready to have her baby, Kat is confronted with her past in a brutal, I Spit on Your Grave kind of way and left for dead…which brings us, of course, to the title, and the main focus, of the movie. 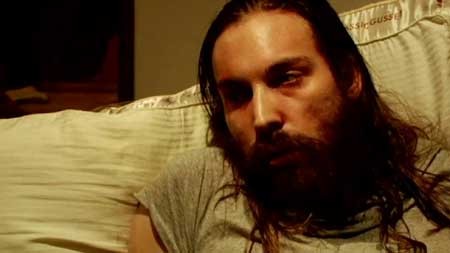 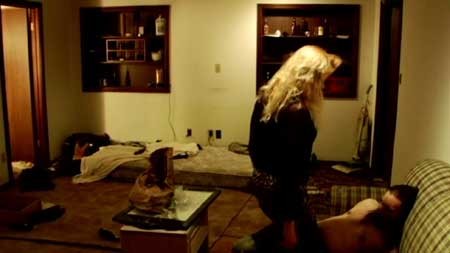 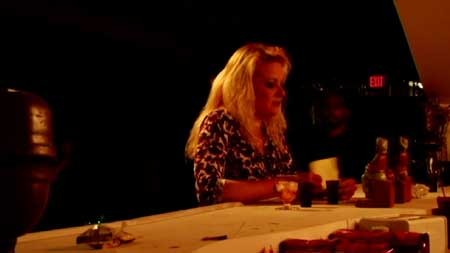 This is a classic rape revenge movie, fitting into the resurgence of the subgenre alongside movies like Run! B*tch Run! and I’ll Never Die Alone while still bringing some new aspects to the story. This is also a movie all about betrayal, and the viewer quickly learns that you may not be able to trust a single character that comes along. These are not nice people. Hell, our protagonist/anti-hero, the character we are rooting for, Kat, gets the onscreen violence started when she plans a robbery without regard for the lives of any potential victims along the way. Dolph thinks the robbery is a bad idea, but confronted with the possibility of money and drugs, he smoothly transitions into the role of violent, baseball bat-wielding, breaking and entering robber. And we don’t even have to talk about Mutton Chop (Douglass Bell, last seen in The Video Dead), a pimp and drug dealer who has a bound and bloody torture victim in his apartment when we first meet him. At least we have Marilynn (Paula Bellin), Kat’s friend who helps nurse her back to health after everything goes so badly… 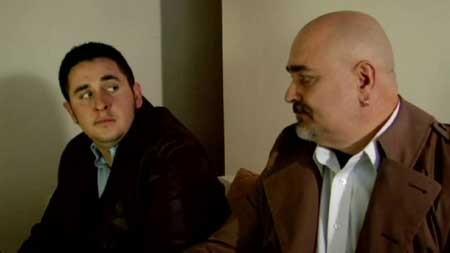 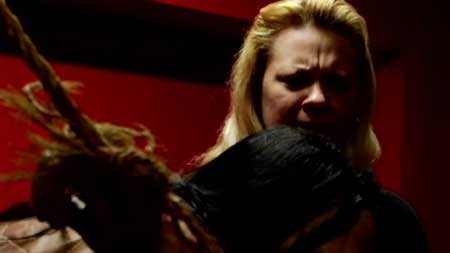 Revenge is Her Middle Name, in case this hasn’t been made abundantly clear, is a sleazy, nasty, ugly movie of the exploitation variety. A pregnant woman is gang raped by a gang of thugs, has heroin injected into her belly, and is urinated on. Brains are blown out of heads, penises are severed, bodies are chopped up and possibly fed to dogs (?), and people are just straight up beaten down. Add in some explicitly dirty dialogue (we are talking about drugs and sex here, not puppies and unicorns), a “sex” slave held in a basement, implied beastiality, and an abundance of 1970’s p**n intercut throughout much of the movie, and you can’t help but imagine this one playing in a theater on 42nd Street…probably shown to a crowd very much made up of characters shown on the screen.

For a fairly straight-forward rape revenge movie, there are a couple of pretty clever/nasty surprises in Revenge is Her Middle Name. It’s by no means perfect, but I don’t think it’s meant to be, nor did I expect it to be. In fact, aside from a small handful of little things (untied loose ends and the like), many of the film’s imperfections actually help to give it that certain grindhouse vibe it is very much exuding throughout. It’s not as graphic as one might expect from a movie with a brutal gang rape scene, but there are some really cool effects throughout. And I won’t be giving spoilers away here, but I really liked the end – stick around until the end of the credits, which I assume you will as they are peppered with more of the 70’s p**n clips. There are some things that writer/director Anthony Matthews will learn as he gains more experience, but I think he has given us a great debut feature, and I sincerely hope his next film finds an easier way to get to us now that we have seen what he can do. I have a feeling it will.