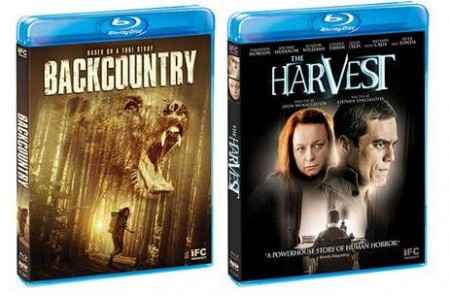 This fall, the tension-filled, critically acclaimed thrillers Backcountry and The Harvest

make their Blu-ray and DVD debut on September 1st, 2015 from Scream Factory, in partnership with IFC Midnight. Featuring exciting new bonus content including audio commentaries, behind the scenes featurettes and more, both titles can be pre-ordered now from ShoutFactory.com.

A tense thriller about a young couple camping in the Canadian wilderness, Backcountry is a heart-stopping, full-tilt run through deadly territory. Alex (Jeff Roop, Jekyll + Hyde) is a seasoned camper, but Jenn (Missy Peregrym, Rookie Blue) is not. But when they realize that they have entered bear territory, the terror gets turned up to a whole new level.

In his first film in nearly 15 years, the director of Henry: Portrait of a Serial Killer harks back to the twisted suspense that made his 1986 debut a horror milestone with The Harvest . Deeply unsettling, The Harvest is a taut psychological thriller that examines that horrors that can lurk in unsuspecting places.  Maryann (Natasha Calis, The Possession) moves in with her grandparents after she’s orphaned. Desperately lonely, the preteen sets out to befriend a deathly ill, bed-ridden boy (Charlie Tahan, Gotham), despite the outright disapproval of his overprotective mother (Samantha Morton, Minority Report, Sweet and Lowdown). Maryann’s persistence pays off, however, and during a series of secret visits she gradually uncovers some seriously sinister goings-on in the house. Showcasing a powerhouse performance by Morton that is both utterly monstrous and tragically desperate, The Harvest also features an impressive performance by Michael Shannon (Boardwalk Empire, Man of Steel) as the subdued suburban father. 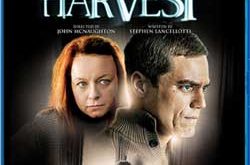