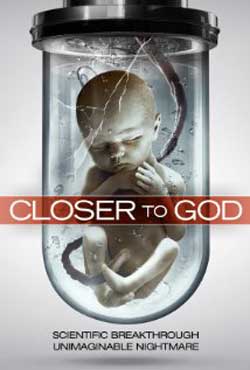 A genetic scientist successfully clones the first human being, a baby girl named Elizabeth, but his work is soon threatened by a dark secret, a secret that threatens to destroy everything and everyone precious to him.

Cloning a human being. Good idea or bad? That question is at the root of Closer to God, a film written and directed by Billy Senese. Borrowing from the age old idea first created by Mary Shelley in her 1818 masterpiece Frankenstein, just how far should science go? The benefits could be incredible, the detriments just as dire. More importantly, who gets to decide all of this?

Jeremy Childs plays Victor (nice nod to Frankenstein), a genetic scientist who has done the unthinkable: cloned a human being. A little girl, to be precise, who he affectionally calls Elizabeth (another great nod to Frankenstein). Born via c-section, with several anonymous gene donors, Elizabeth enters the world quietly. No one knows of her existence, yet. 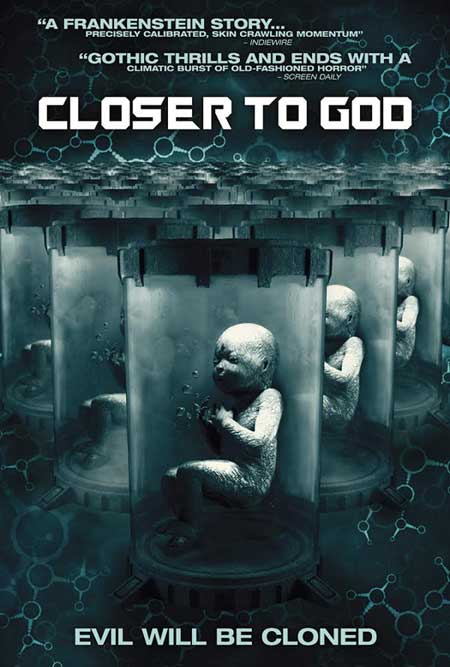 Victor thinks he’s totally prepared for the firestorm that is about to erupt. After all, in his mind what he’s doing is perfectly logical. Sure, there’s the ever looming possibility that at any second his experiment could go horribly wrong. That is one of the reasons that Elizabeth is being closely monitored, safe and secure in a hospital.

Of course it doesn’t take long for the world to find out, and controversy becomes the least of Victor’s concerns. Beefed up security is added as threats are made. Religious groups, government agencies, seems everyone wants a piece of Elizabeth. So Victor does what he thinks is best and brings her home to his sprawling estate, away from prying eyes. But is there another secret hiding there, one which threatens not only him, but the lives of those he loves? 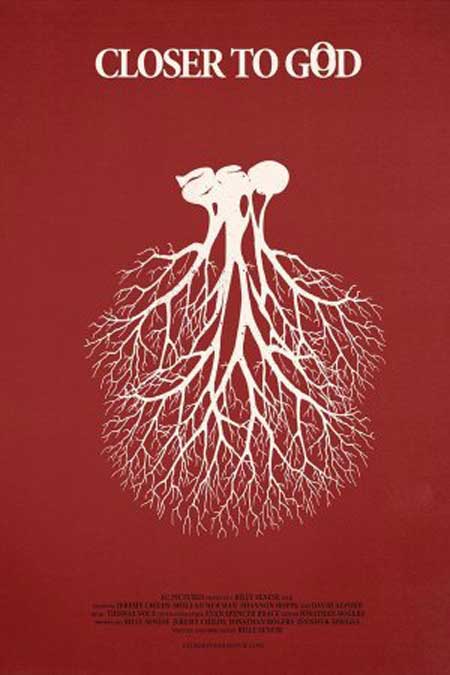 I really enjoyed Closer To God. Technically it’s a horror film, if only because it contains some horror elements. But sci-fi would also work due to the nature of the theme. The pacing might be somewhat slow for some but I didn’t have an issue with it. The runtime is only eighty minutes so if you become engaged in the story it will fly right by.

Jeremy Childs does an excellent job in the lead role. His manner is sincere, though at times seemingly aloof to his family. Deep down, though, he loves and cares for them deeply. It’s just that for the time being he has one very important factor to deal with: Elizabeth. The supporting cast around him are fantastic as a wide range of emotions get to be explored.

When the horror elements mentioned above do kick in, they are superb. Not so much in the it’ll make you jump or turn on the lights, but more of just being creepy. I really don’t want to give anything away, but suffice it to say these shots are extremely well done, with one just awesome shot involving a large mirror and stairs. Kudos to Billy Senese for coming up with it.

Also credit to the sound effects. One of those often overlooked but absolutely critical horror movie parts. Honestly, they really only involve the banging of doors and walls, the cries of the young, but man do they work.

Not much gore to speak of but that’s okay. The various protestors are fun to watch, if for nothing more than they come up with some good chants. It would definitely be fun to play one of those characters.

Closer To God, while not a straight up horror film, still manages to deliver some tense moments. I would have to recommend it, especially if you love the Frankenstein myth. The movie raises some great points on both sides of an issue with no easy answer.