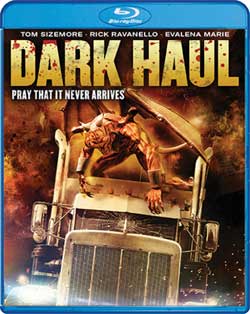 The meaning of cryptic prophesy splits apart a team of secretive guardians as they transport by 18-wheeler truck, a deadly creature and it’s half-human sister from their now ineffective holding place to a more secure location. The sister’s hidden agenda undermines the mission releasing the beast and they end up battling for the fate of the world when the true meaning of the prophesy is discovered in this mysterious and thrilling, action-packed creature feature.

There seems to be a sort of mini sub-genre in horror that revolves around the use of transport trucks.  The high mark would be Steven Spielberg’s Duel, a thriller about a man being chased down by a truck.  The movie managed to make the truck and the unseen driver into a threat that thrilled audiences and paved the way for successors like Joy Ride and, to a lesser extent, Jeepers Creepers.  These movies were able to capture the same sort of feel as Duel in terms of manifesting evil through a vehicle chasing someone down on the road.  Other movies have also attempted this truck-on-the-road horror, with varying degrees of success. 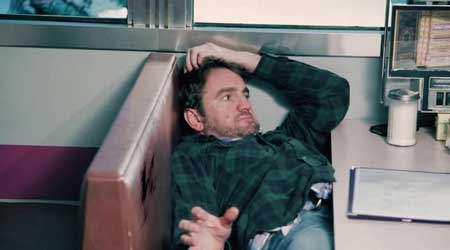 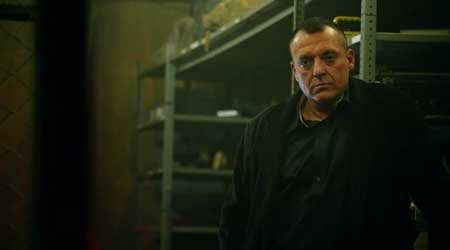 In 2014, SyFy produced a different kind of truck horror in the movie Dark Haul.  In this movie, a group of mercenary types who call themselves guardians are transporting a demonic creature and its human sister from one location to another in a transport truck.  Throughout their journey, the sister uses her magic powers in an attempt to free both herself and the creature from the captivity they have been forced into.  Action, death, and chaos ensues as their journey proceeds forward. 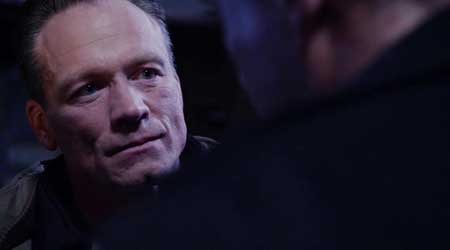 There are four primary characters throughout Dark Haul that you follow as you are watching it.  The demonic creature is the first character.  His main purpose is to cause destruction and death for people in general.  The second is Zib (Evalena Marie), the sister of the demonic creature.  She is a super powered human, in so much that she can emit some blue light stuff and somewhat control her brother.  She is the catalyst for all of the horrible happenings throughout the movie due to her desire for the freedom of her family.  The third primary character is her handler and caretaker, Damon (Rick Ravanello).  He’s the more caring of the leaders transporting the demon.  He sympathizes with Zib and is forgiving even when it obvious that she is against the transporters.  Finally, there is Knicks (Tom Sizemore), the head of a mercenary team that is helping with the transport.  Together, these four characters make up the conflict of the film.  The struggles between each character drive Dark Haul forward.

The problem is that the movie ends up being neither entertaining nor scary.  Any attempts at building tension fall flat through the sheer convolutedness of the story.  There are too many struggles amongst the characters that it takes away from what could have been a solid fright flick.  Simplicity could have made it more about the doomed mission.  The problem is that there was so much surrounding the travels that you were never completely invested in the trip.  And there were too many antagonists, which caused the intensity of the main villain to be diluted. 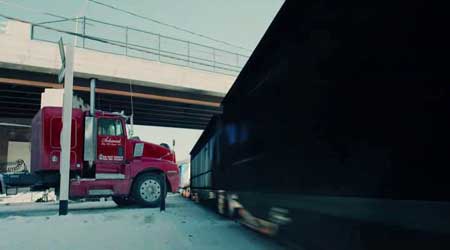 Dark Haul has some interesting moments to it that showed the potential to be something good.  The scenes of action were decent enough, showcasing some effects that weren’t bad.  The look of the creature was good and made him into a threatening figure.  As did his method of causing chaos.  An early scene in the movie depicts some havoc happening at a gas station.  It is a series of events in which one thing coincidentally leads to another thing which coincidentally leads to a third.  Yet, they aren’t coincidental because the demonic creature is controlling them.  It is similar to something you would see in a Final Destination film, as the pieces are slowly put together to lead to death.  More touches like this could have raised the movie above being just another monster movie. 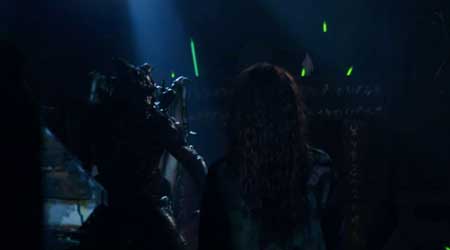 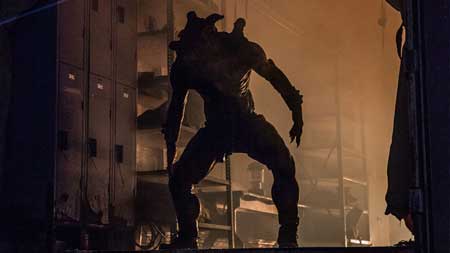 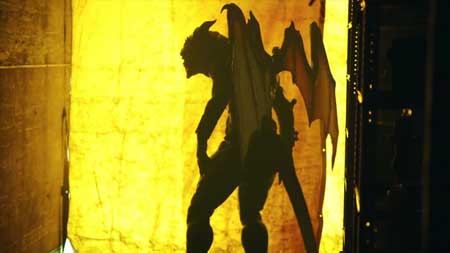 I don’t have any regrets in having watched Dark Haul.  The movie isn’t so bad that I wish it was never made or that I never watched it.  It has major issues, but that doesn’t make it any less important in the scheme of movies.  If there’s anything to take away from it, we now know that this is not the way to make a movie about transporting an evil demon.  It lacks suspense and scares, instead going for a semi-complex story that lacks any real punch.  It had the potential to be great, but fell flat.  I don’t regret watching it and I don’t regret that it was made.  I just regret that they weren’t able to make a better movie out of what could have been perfectly good material.