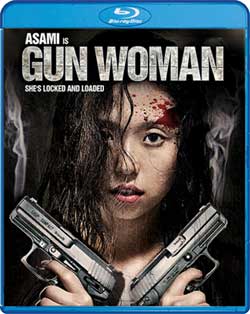 A brilliant doctor on a quest for revenge buys a young woman and trains her to be the ultimate assassin, implanting gun parts in her body that she must later assemble and use to kill her target before she bleeds to death.

Gun Woman opens with a shower scene. A woman stands naked with her back to the camera, but her screen time is cut short by a bullet to the head. Her unnamed assailant leaves the house, posing dramatically as he goes, before climbing into his getaway vehicle. As they’re on the road, he and his driver begin talking – their conversation leads to what they refer to as the ‘Hamazaki story’, which is essentially the plot of the film. 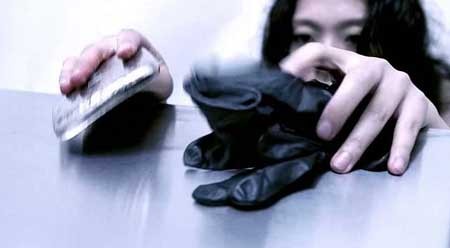 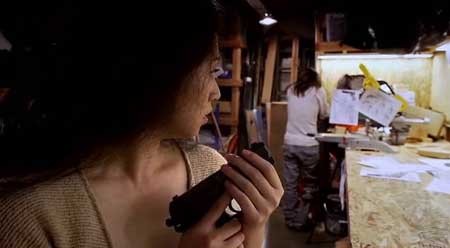 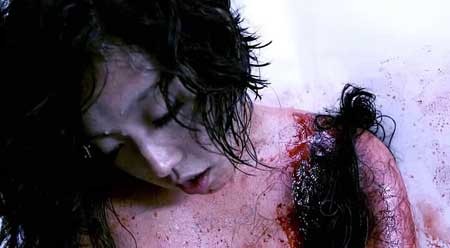 It goes as follows: a wealthy Japanese businessman and politician, Hamazaki, spends years covering up the brutal rapes and murders committed by his son. After the businessman’s death, his son is offered a huge inheritance, but only if he leaves Japan. So, naturally, Hamazaki’s son travels the world, raping and killing (not necessarily in that order) women in numerous countries. One of his victims is the wife of a Japanese doctor, who Hamazaki’s son believes to be responsible for his father’s death. After killing the doctor’s wife, Hamazaki’s son turns on the doctor himself, leaving him crippled.

As a result, he decides to take his revenge. Some years later, the doctor purchases a young woman named Mayumi (a meth addict, going through withdrawal) from a trafficker. He does so in the hopes of training her to be the ultimate assassin – someone who will be able to get close to Hamazaki’s son and kill him.

Her subsequent training take up most of the rest of the film. Of course, she goes from a bumbling mess, covered in her own vomit, to a competent killer. Initially, she falls at every hurdle, but eventually she’s able to overcome the challenges presented to her. It’s easy enough to see that coming. However, in spite of its predictability, I have to give Kurando Mitsutake, who wrote and directed the film, some credit here. 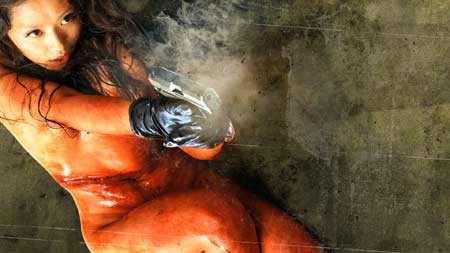 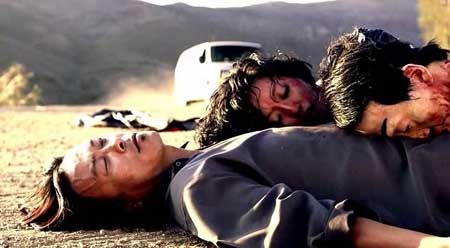 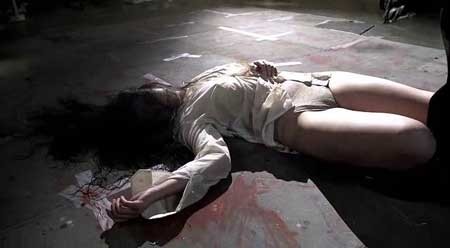 Given that the ‘big action sequence’ only takes place in the last half hour, and that the film has a runtime of close to ninety minutes, it’s impressive that he manages to hold the attention of most of his audience. Of course, the camera work is shaky at times, and the acting isn’t of the highest calibre, but the extended Rocky montage (minus the cool theme song) of her development into the titular ‘Gun Woman’ is fun to watch. There are some graphic moments, including one extended scene in which a young woman is left to bleed to death, screaming and stumbling blindly as she does so.

The final part of the film is equally entertaining – Mayumi is tasked with infiltrating a high security location which Hamazaki’s son frequents. The facility, hidden underground in the desert, allows him to indulge in some gruesome sexual fetishes, namely necrophilia. So, the doctor helps ‘Gun Woman’ fake her own death, and she poses as a corpse in order to gain access to the facility. Their method of transporting the weapon needed to kill Hamazaki’s son is… interesting. I won’t give away too many details, but it should more than satisfy the gore fanatics in the audience. 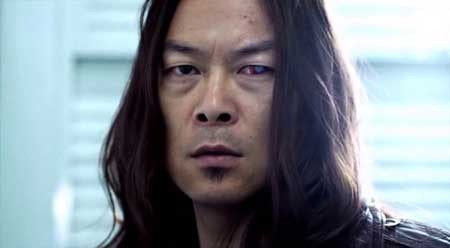 Asami, who plays Mayumi, is a Japanese adult actress – not surprising, given the sheer amount of time she spends naked on screen. Much of the remainder of the film involves her running, covered in blood, through the facility. There’s plenty of gore, gun fights and a fair bit of tension, plus a nice twist ending. Noriaki Kamata, who played Hamazaki’s son, gives a disturbing performance, and his inevitable demise plays out very well.

The soundtrack to Gun Woman was hit and miss. At times, it gave off a really cool, Miami Vice vibe, but there were definitely moments that felt a little too try-hard. The titular song, which I can only presume is called ‘Gun Woman’, was nothing to write home about, and fell somewhere in the awkward No Man’s Land between moody jazz and synth rock. It took away from what would otherwise have been intense scenes.

Despite some of the over-the-top drama, Gun Woman wasn’t a bad film. While some parts seemed disconnected at first or didn’t make sense, Mitsutake managed to successfully tie up any loose ends and the plot wrapped up nicely. The build-up was longer than expected, but it never felt boring. It felt well-paced, and there was more than enough to keep the audience hooked between the graphic scenes. 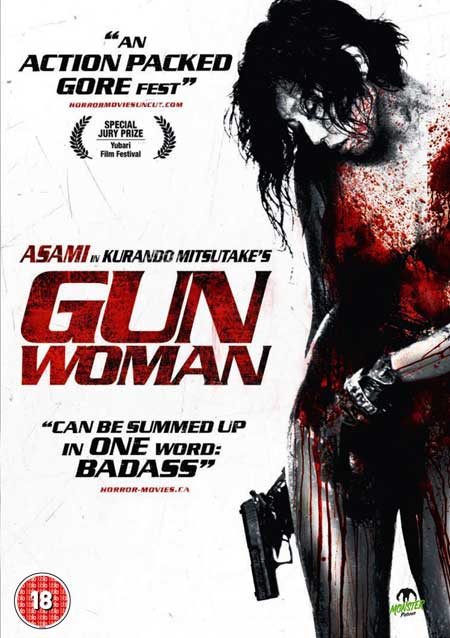 While Gun Woman doesn’t present itself in the same bizarre light as other Japanese films of the same genre, if you enjoyed Machine Girl or Tokyo Gore Police then this might be worth adding to your list.

Gun Woman is now available on bluray per Shout Factory