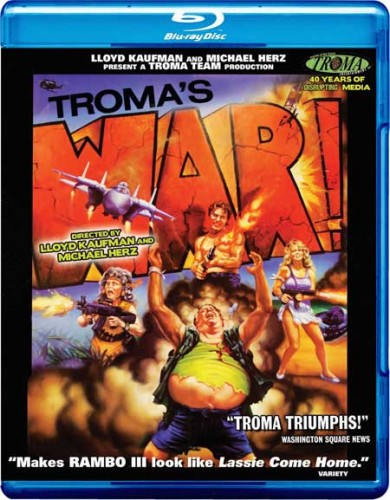 A small group of typical Tromaville citizens find themselves in the path of a terrorist army controlled by the power elite. The freedom of Tromaville and the world is at stake! Troma’s War creates new kinds of heroes. A used car salesman, a handsome environmentalist, an obese junk-food gourmand, a seventy-year-old housewife, some sensational young women, a year old jingoistic baby and more sensational women all become deadly soldiers…

Troma Entertainment, the lovechild of Lloyd Kaufman and Michael Herz, rose to fame with their 1984 film, The Toxic Avenger. It was the first of their instant cult classics, and is widely recognised to this day as their best. But we’re not here to talk about that. Instead, I’m going to be looking at what some, including Kaufman himself, profess to be Troma’s most underrated movie: Troma’s War.

Released in 1988, Troma’s War was intended as a satire of Reagan era attempts to glamorise militarised violence. The film pushed the logical extremes of the action genre, riding on the back of the popular (and weirdly patriotic) releases of the eighties such as First Blood, Rambo: First Blood Part II and Rambo III. 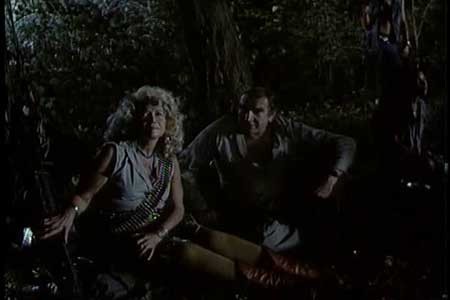 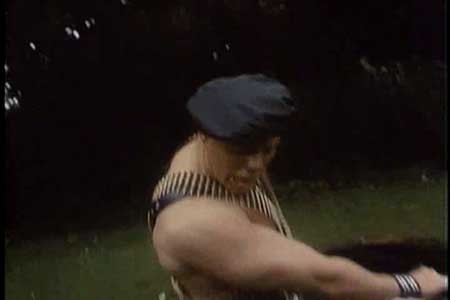 The film begins as it means to go on – that is, with gratuitous gore.

After a violent plane crash which leaves most of the passengers and crew very much dead, a group of survivors find themselves stranded on a mysterious tropical island. They say it takes all sorts to make a world, and Tromaville is no exception: this motley crew features a priest, an unsuccessful rock band, a Vietnam veteran turned car salesman (that constitutes a rounded character, right?), some questionable racial stereotypes, and, of course, in typical Troma fashion, a host of scantily clad women.

Coincidentally enough, the island is also home to a group of terrorists, consisting of members from anti-American organisations all over the world. Some real prizes include Captain Schweinhart, a German neo-Nazi (sorry, Germany) and a pig-faced American, Commander Jennings. ‘Subtlety’ isn’t a word in Kaufman’s vocabulary.

Convinced that the survivors are, in fact, a platoon of enemy commandos (or just Jews, depending on who you ask) sent to foil their plans for domination of the United States, they waste no time in kidnapping and killing whoever they can get their hands on. 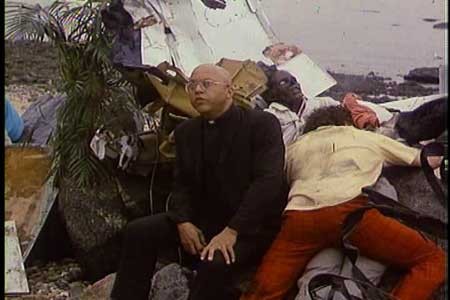 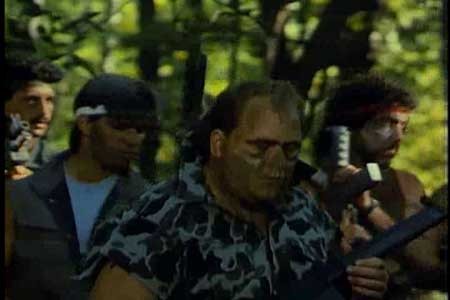 However, it doesn’t take long for the central cast to arm themselves and begin dealing out some more of Troma’s trademark cartoon violence. What follows is a series of drawn out fight sequences and one of the most awkward sex scenes ever committed to film. In a jungle, no less. The group are faced with snakes, armed thugs, facially conjoined twins and the particularly unpleasant Señor Sida, whose favourite pastime is the raping of captive women in an attempt to infect them with the AIDS virus.

There are some weird Disney moments towards the end of the film, but I’m willing to excuse them given the absurdity of the rest of the screenplay. There are some choice lines throughout the film, though the acting isn’t fantastic. However, I think that’s to be expected from a Troma film. For many of the actors, this was their first and last credited role, and those that did go on to work in more films remained involved with Troma Entertainment and other independent film producers. 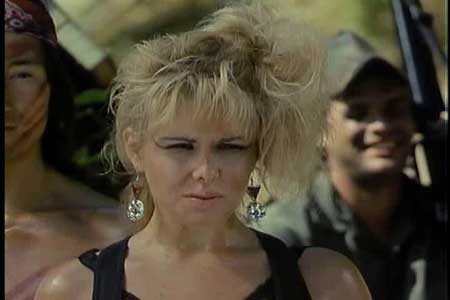 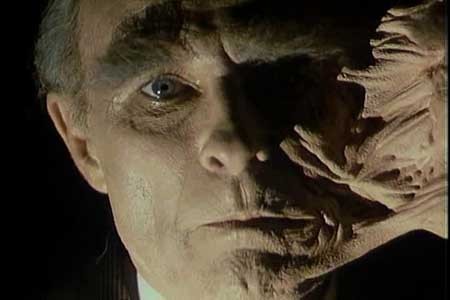 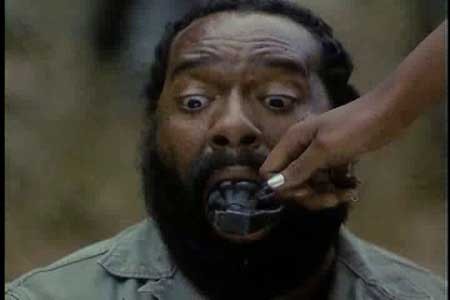 Troma’s War had a budget of three million dollars, making it their most expensive film to date. It’s easy to see where most of their budget went – the special effects, while often exaggerated to the point of being ridiculous, are pretty good for the time. However, owing largely to major edits made by the MPAA, it was a box office failure, and ultimately prompted Troma Entertainment to move away from the Hollywood mainstream and into independent filmmaking.

Needless to say, if you have sensibilities, Troma’s War will do its absolute best to offend them. It’s practically overflowing with blood, guts and half-naked women; that, combined with the presence of racism and homophobia, means that it’s far from politically correct. The whole film can easily be summed up in one scene – having been raped by Señor Sida, one of the captives leaps out of bed, naked from the waist up (Kaufman obviously didn’t want to miss out on the opportunity to add to the gratuitous nudity), and proceeds to break the fourth wall, screaming: ‘I have AIDS! I have AIDS!’

You know, just in case it wasn’t clear.

But if that doesn’t deter you, and you’re able to get your hands on the uncut version of the film, then it’s definitely worth watching. A must-see for fans of trash cinema.

Tromas War is now available on bluray per Troma Films