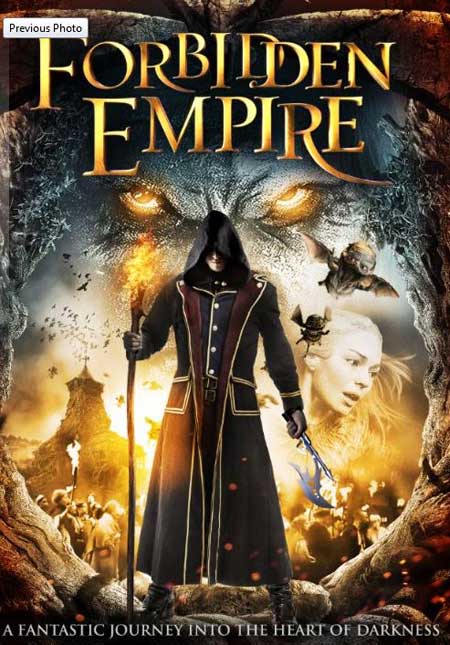 In 1701, Jonathan Green, an English cartographer and inventor, sets out to map the world. When he reaches Eastern Europe, he finds himself a key player in a power struggle between the leader of an ersatz religion and the local inhabitants, with the life of a young girl hanging in the balance.

The main character, Jonathan Green, regards himself as not only a cartographer, but also as a scientist and inventor. His invention is a unique device that he claims will revolutionize the field of cartography and will enable countries to be accurately mapped as they truly are. After being caught in bed with his paramour, an English nobleman’s daughter, he flees and begins his mapping adventure. Throughout the film, he communicates with his lover through coded letters delivered by carrier pigeons. 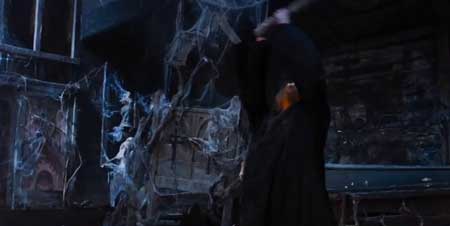 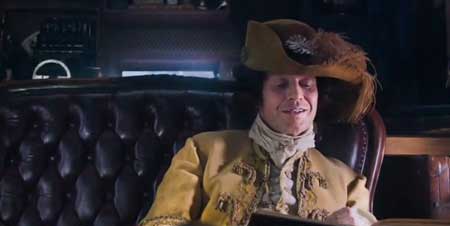 After a year, Green reaches an unnamed village in Eastern Europe – the people are described as Slavic – and he discovers that the people are in the thrall of a religious leader who dominates them with superstition, fear of demons and witches, and threats of the wrath of God. The forces of good, Green and several of the locals, do battle with the evil priest, a witch, ghosts, living vines, a pack of strange cadaver wolves, a mythical seven-horned beast, a multi-eyed monster, thieves, demons, and more.

The movie, directed by Oleg Stepchenko, ambitiously attempts to be a sweeping epic and is equal parts science fiction, fairytale, horror story, mystery, and romantic adventure. The story is loosely based on Viy, an 1835 horror short story by Nikolai Gogol, which was also the basis for the 1967 film of the same title. As evidence of the film makers’ ambitions, this film – again, loosely based on a short story – is intended as the first part of a trilogy. The 2nd part, Viy 2: Journey to China, has already begun filming.

Jonathan Green is played by Jason Flemyng, recently of Stonehearst Asylum (2014). Flemyng does an admirable job and puts a lot of energy into the role. The estimable Charles Dance, Tywin Lannister on Game of Thrones, plays the father of the wayward daughter. Dance does his usual superb job, but it is wasted in a small supporting role.

This film has a few things going for it. I loved the gadgets! Green’s coach is well thought out and reproduced. It has an interior more like a luxury railcar berth from which he can also operate and steer the coach, and it has many built-in, innovative gadgets. The film also includes fictitious 18th century versions of motion picture and holographic projectors. The set design of the village and the church perched atop a precipice had a great feel and was perfect for the world in which the story took place.

My first complaint is that the majority of the actors are dubbed while the lead and a few others speak English. The effect reminded me of watching a spaghetti western in which the vocal inflections don’t quite match the actors’ expressions or demeanor. In addition, some of the translations used in the dubbing bordered on the ridiculous. The overall effect was irritating and interfered with the flow of the story. I much prefer captioning to dubbing, but since the main character speaks in English, a mix of captioning and English probably would have been just as off-putting.

The CGI is good but at the same time appears more like the technology of five years past.

And the plot? There are inconsistencies throughout the movie. I don’t know if it’s the editing or the script, but transitions between scenes seem cut short or missing key lines of dialogue. One minute, the Charles Dance character thinks poorly of Jonathan Green, and then later states that he has unfairly judged poor Mr. Green with little or no expanation. In one scene, it appears the story is being told through Jonathan’s pigeon-carried letters to his girlfriend, while at other times, this story telling device is entirely absent. I don’t think there is anything wrong with the plot, but there is something amiss in the storytelling.

It turns out that Forbidden Empire has been in production since 2006 and the original release date was set in 2009. However, filming wasn’t completed until 2012. At some point, a decision was made to release it in 3D and a lot of the film was reshot. The length of time in production could have had some impact on what I viewed to be unevenness of the storytelling and some of the editing.

In all fairness, I have to admit that I viewed Forbidden Empire, an epic film shot in 3D, streaming on a laptop. This surely affected my perception of the CGI.

While they should be complimented for their ambitious efforts, in my opinion, the filmmaker’s reach has exceeded their grasp. I found the visuals and the plot to be interesting, but the storytelling to be sorely lacking and very confusing. I had to watch this movie three times to get a vague idea of what happened.

If you have a chance to view this on the big screen, you might take a chance on Forbidden Empire just for the visuals, energy, and gadgetry. Otherwise, I suspect you’ll be none the worse for missing it.

Overall, I have to give this film 2 stars on a scale of 5.