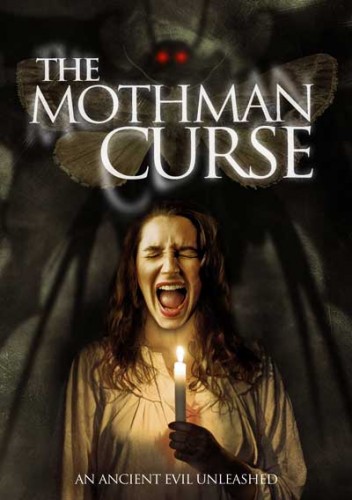 A creepy supernatural thriller based on the terrifying legend of the Mothman. Rachel and Katy are working in a large empty museum in London. Katy has just moved in with Darren whilst Rachel has just returned from a holiday in the Lake District. Katy notices something different about Rachel who does not seem herself. A dark shadow creeps in the shadows and watches them, seeping into their lives. Disturbing dreams become a terrifying reality, Rachel is haunted and now Katy is seeing things. The entity that Rachel accidentally summoned has come for one of them but who will it take? (source: film website)

Part arthouse, part found footage (kind of), part thriller, part horror, The Mothman Curse is a very slow burning candle that works hard to unnerve its viewer via weird sounds, creepy visuals and grainy footage. Does it succeed? On a certain level, yes… If you can stay awake during its runtime, that is. 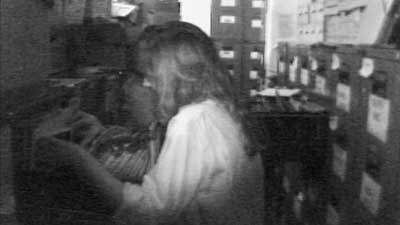 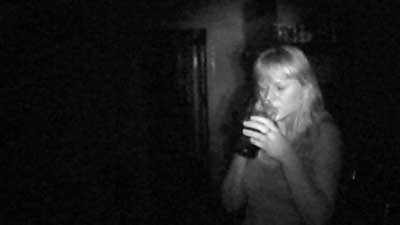 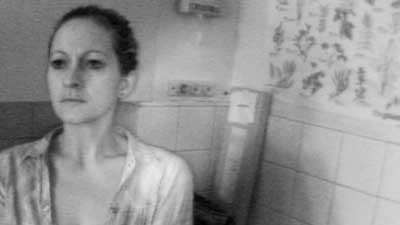 Shot with what I can only describe as a low quality handheld camera with the night vision turned on for the whole duration giving the entire film (except certain dream sequences) a greenish and grainy visage, The Mothman Curse utilises this very well to help perpetrate its unnerving antagonist, a shadowy horned figure with glowing eyes. I don’t get creeped out by many things but I will admit that the Mothman in this film definitely gave me some heebies of the jeebie variety.

The Mothman Curse isn’t a found footage film per se, but the grainy footage and the way the film plays out as a peek into the everyday lives of its characters, the monotonous scenes and dialog, it really gives off the same vibe. And this is my biggest gripe with these kinds of films. They draaaaaaaags on with scenes of nothingness just so they can get to the next crumb of horror. The Mothman Curse is a painfully tedious film to sit through when the actual scares aren’t happening. The dialog spoken is so realistic it’s mundane. It really felt like the actors had free reign of the dialog, with maybe an outline of what their discussions should be but the actual content their own. This made the dialog feel so real, and kudos for that, but this is a film folks and I don’t know about you, but I sure as hell don’t want to listen to “real” world dialog in a film. Some might retort that it gives a more genuine feeling, but I personally don’t find two ladies talking about their filing to be entertaining one iota. 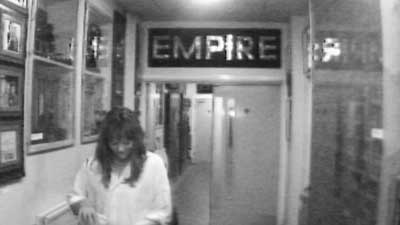 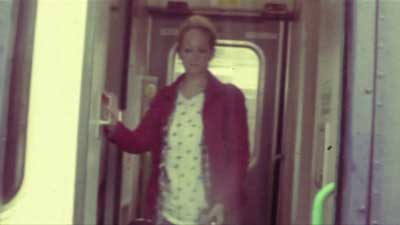 The sound and cinematography had a very arthouse feel. White noise, industrial sounds and other odd effects were used along with weird editing techniques and angles/shots that were very obtuse. Not entirely my cup of tea, but it does make the film that more unnerving to watch.

Dialog was painfully low compared to the rest of the sounds so I had a lot of trouble discerning what was being said. Google tells me I’m not the only one to complain about this, so it seems my failing ears aren’t to blame this time. It is a shame as you spend most of your attention trying to figure out what the hell is being said that you don’t really get to give the film itself enough attention. Also, having to constantly jockey your remote to turn up the sound during dialog then quickly turn it down once an ear raping sound effect blasts through your surround speakers is not my idea of a good film watching experience. 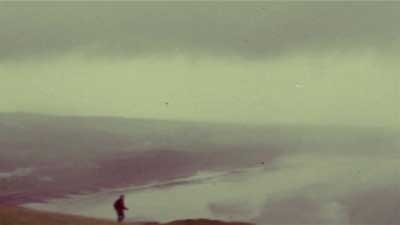 Would I watch The Mothman Curse again? Not if I can help it. Would I recommend The Mothman Curse to anyone? Well, if you like these kinds of slow burning thrilling horrors, then yes, this film will surely send chills up your spine and leave you checking behind yourself and sleeping wide eyed at night. For the rest who like a bit more meat to their story, give it a pass as this is a rather frustrating exercise to sit through.