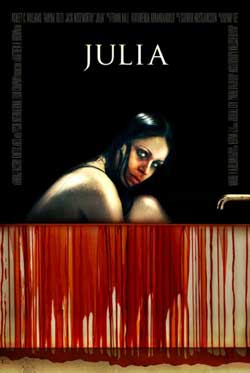 A neo-noir revenge thriller centering on Julia Shames, who after suffering a brutal rape, falls prey to an unorthodox form of therapy to restore herself.

I’ve never about-faced my feelings toward a film before. I’ve either loved it, hated it or felt indifferent about a film pretty much from the get-go to the end. Julia, a stylishly shot and directed film from writer/director Matthew A. Brown, had me intrigued and enjoying the film at first but once we jumped into Act 2, my feelings quickly turned and they didn’t come back. 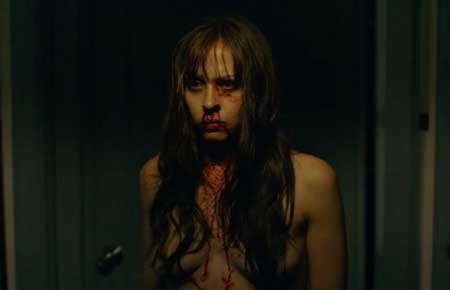 Julia, a meek and shy fake glasses wearing plastic surgeon’s assistant, is brutally gang-raped. She doesn’t go to the police as she feels they won’t help so instead turns to vodka and cutting herself, the latter something she is accustomed to. She is introduced to a new and bizarre form of “therapy” run by a man with an almost cult like shtick and is told, time and time again, that if she does anything to the men who raped her, she will be severely punished.

As Julia’s “therapy” progresses from simple baiting of men to lure them into kissing her so they can get caught out by their partner, to dismembering male genitalia and murder (what is the plural of penis? I like to think it’s a gaggle of penii), she morphs into a mere shadow of her former self. No longer feeling like a victim, she at first becomes one of the Therapist’s “members” but then surpasses even that, becoming a violent misandrist (that’s my fancy word quota for the month filled) with no remorse and a taste of vengeance for the men who raped her… Despite the constant reminders that doing something to them will be punishable by, er, punishment.

I like revenge films. Seeing someone punished for doing heinous acts is an enjoyable thing to watch, and after Julia was raped I wanted to see the culprits punished in a number of horrific ways. I was on Julia’s side. I felt sorry for her. I rooted for her. Once Act 2 started though, it pretty much became a misandry-fest and I lost any connection with the film on the script level, which meant that I no longer cared about anything on the story or character level. The story also becomes rather generic toward the end, undoing what it built up beforehand.

Acting was very, very good. Ashley C. Williams was brilliant in her role as Julia and her shift from meek to revenge-fuelled chic was believable and great to watch. Supporting cast were also good and believable in their roles so nothing felt amateurish during the entire film. I was thoroughly impressed.

Cinematography and direction was very stylistic and effective. Matthew A. Brown knows his shit. Utilizing a number of throwback shots to visually represent changes, minimal dialog was also used to emphasize actions and visuals. Though not my favourite style, it was impressive work indeed.

The actual rape was revealed as returning memories of Julia and was effectively delivered without being overly graphic or violent. Don’t expect Irreversible or I Spit on Your Grave level of detail and length.

So, what we have here is a film with great acting, cinematography and direction, great hook and relatable protagonist (for the most part), but a meh storyline from Act 2 which only gets more meh-ish until a particularly generic climax.

My main issue with the film however, was the way men were portrayed (apart from the rapists). Pretty much every man thought only with their dicks, willing to follow a woman outside of the bar/club for merely giving them a “come hither” glance. One man followed Julia ALL THE WAY to her house, even when he (like the rest of the men) were at the establishment with another woman. I know that for the sake of the film the men Julia had to entrap needed to be douchebags and she was trained to pick them out, but I just found it unbelievable that every guy would literally just walk out and follow her, without any thought to the other woman they were with and not even being sneaky about it.

Ultimately though, I think Julia was trying too hard to do something different with the rape/revenge movie tropes. It became somewhat nonsensical and detaching to me, especially once the cultish aspect seeped in.

Those who like their Arthouse violent should appreciate the film, but to anyone else who likes horror would be better served by watching a different film. 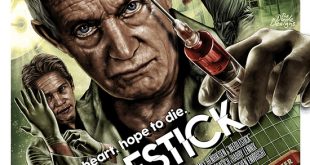 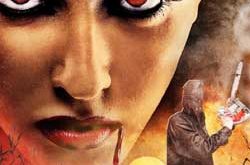