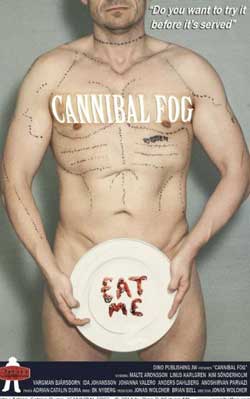 Cannibal Fog is a Swedish film by writer/director Jonas Wolcher about cannibals, this I do know for sure. Now, there are a lot of foreign language horror films where not a word of English is spoken throughout the entire running time, but someone who did not understand the native language could still understand the general premise. This occurs a lot in the low budget independent movies, where the people making the movie barely have enough money to get the filming done, much less are able to afford such luxuries as DVD special features or English sub-titles. I’ll never hold my own lack of understanding of a foreign language against a movie, but I will admit that sometimes it hurts my understanding and subsequent review of the film. That is, unfortunately, the group that Cannibal Fog falls into. 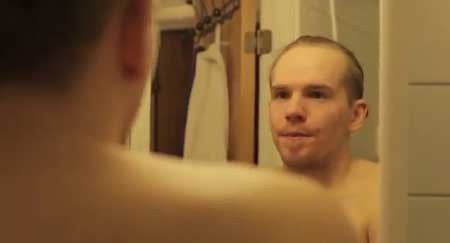 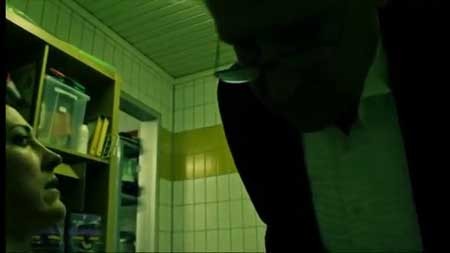 This is a movie that is heavily dialogue driven, where key information about the plot is given through internet chat screens or long conversations. This is, of course, the opposite of a movie about people having sex and turning into demons, where the blood and the boobs on the screen are enough to tell pretty much the whole story. So bear with me as I try and give an idea of what I saw in this film.

There is a guy named Michael (Linus Karlgren) who we see eating French fries while another guy gets shot by some girl, his blood splattering onto Michael’s plate. The unexpected condiment seems to increase Michael’s enjoyment of his tasty snack. Meanwhile, someone has nailed a cross to his apartment door. Eventually he meets a girl named Lotta (Ida Karolin Johansson) online, and they end up getting together. They have sex (they have lots of sex in this movie, actually, often times filming it with Michael’s video camera), and when he wakes up the next day, he has a sore on his hip and Lotta is gone. In fact, each time they have sex, it seems to end the same way. 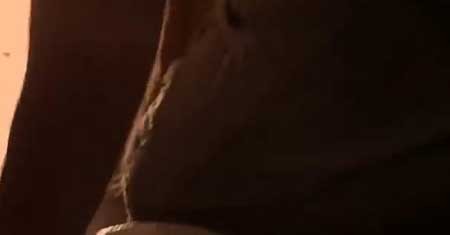 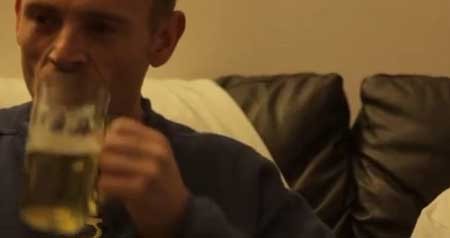 There’s also Albin (Malte Aronsson). He’s an older gentleman who enjoys his cooking shows. He seems to be somewhat of a gourmet chef, carefully preparing exquisite looking meals in his own kitchen. We quickly learn that he also enjoys human flesh, so much so that he talks with a guy named Daniel (Kim Sonderholm) online who has the various cuts of meat draw onto his body, much like you might see on a drawing of a cow at a butcher shop.

Like I said, this film is predominantly dialogue driven, and so most of the meat of the story (haha, puns) is lost on a non-Swedish audience. But from what I read, there is a lot of dark comedy in there. What I can speak on is the action near the end (So I suppose I should add the *SPOILERS AHEAD* tag here, just in case). Michael sets up mousetraps to try and catch whatever animal is biting him in his sleep, but we can kind of already guess what (or who) is taking chunks out of him. Eventually, he and Albin meet up, and they cause quite a disturbance downtown, setting out on a kind of drive-by biting spree.

There’s not a whole lot I can say about Cannibal Fog without just giving a play by play of the action. The movie seems to flow smoothly, and it looks good. The actors seem like they know what they are doing, and the effects are all as gruesome as they need to be. It’s close to two hours long, a tough sell if you don’t know the language they are speaking. 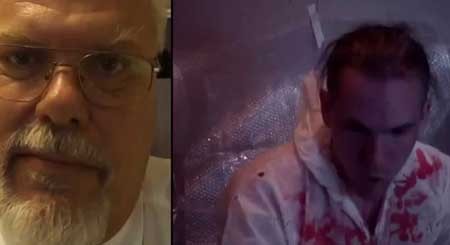 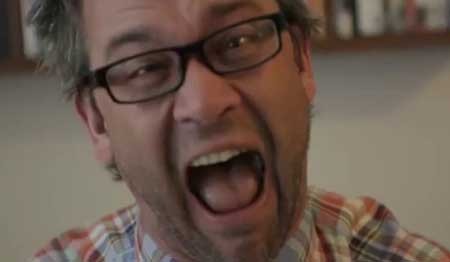 It does appear that the director is currently getting to work on a sequel, so we’ll see if the buzz around the series might bring us some subtitles in the near future. Until then, I can’t really recommend this movie to anyone that doesn’t understand Swedish, not because it isn’t good, but because it’ll be tough to understand.