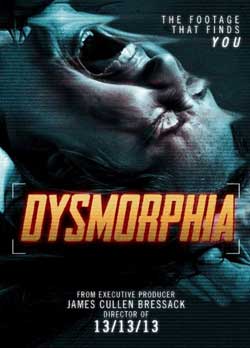 Struggling siblings discover their dead uncle’s secret stash of lost horror films on videotape. The “tapes” feature demented solicitors, gruesome dares, parental murder, demonic technology, monstrous grapefruit and more. The siblings eagerly watch each of the shocking, bizarre, comedic and bloody horror films, but little do they realize that something very ghoulish and gruesome is about to happen to them.

There seems to have been a resurgence of horror anthology films. In the past, we loved Creepshow and Tales from the Darkside, Nightmares and Trilogy of Terror. Today, we’ve got everything from the ABC’s of Death and V/H/S franchises to the highly anticipated The Profane Exhibit, the female-led XX, and Tales from Halloween. Some of these films are great vehicles for relatively unknown but highly skilled newbie directors to start making a name for themselves, while others showcase classic directors having fun with short films. With Dysmorphia (sub-titled Treasure Chest of Horrors III), we can add another title to the growing list of anthologies. But please remember, while I said there were a lot, I never said they were all good…

I want to start this review off on a high note (as there might not be many more after this one), so I will first focus on the wraparound story. Most horror anthology films have a wraparound story, the one that keeps appearing between films to kind of tie them all together, whether it’s a kid ordering a Venus fly trap out of a Creepshow comic or a bunch of dudes getting paid to break into a house and steal some VHS tapes. And quite often, these wraparounds fail. However, this is a highlight of Dysmorphia. It’s a segment called “Uncle Chuck’s Horror Tapes,” and it shows a brother and sister watching, you guessed it, a bunch of their late uncle Chuck’s horror videotapes. The acting is pretty bad, but at least it makes sense, right? Oh, and they are told that there’s one that they cannot watch, which gives us some foreshadowing and at least a little hope for something at the end. 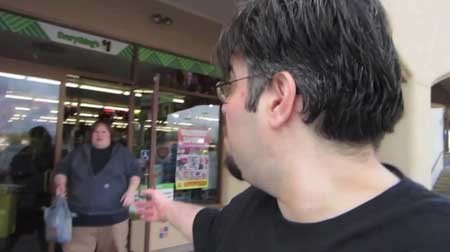 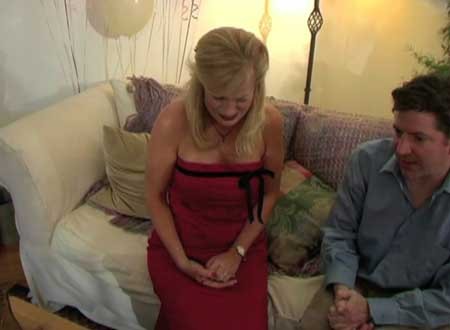 The individual short films included here are all very low budget, with fairly cheap effects and some really bad CGI. Some have decent acting, but most are pretty weak in that category, too. There are a couple of cool ideas floating around amongst the films, but most don’t follow through with a pay-off in the end. I hate ragging on some low budget, independent filmmakers who are having fun and putting together a film, so I’m going to try and be nice. But this movie is not very good.

“So We Killed Our Parents” is directed by Shane Ryan (known for his Amateur P**n Star Killer series). This one is about a very-close brother and sister in their early teens that are abused by their parents, so they take revenge. This is one of the stronger segments, and also one of the stranger as the time restraints keep us from getting a fully developed story, and things happen that we do not get an explanation for, no matter how much we might want or need one.

Next up, “I Dare You,” by Brendan Mitchell and Shawn C. Phillips (it’s Mitchell’s first horror short, but Phillips has quite a few, appearing in the earlier Treasure Chest of Horror anthologies as well as Theatre of the Deranged). This segment does feature Dennis “Mr. Belding” Haskins for a minute, but that’s the highpoint. A couple of dudes (played by the directors) have a webcam channel, and they ask people to send in dares. They will pick the most interesting one and film it for their audience. The one that wins has them lock themselves in the bathroom together for one week with only a small plate of food each. It doesn’t go well, as we get constant bickering, whining, and some really bad CGI.

“Knockers” is not what the title may lead you to believe. Directed by Doug Waugh (Don’t Touch That Dial, Grosshouse), this is the story of a dude who does not want to answer the door when a Jehovah’s Witness knocks. The Jehovah’s Witness, however, does not want to give up. This might be the best one of the group. It kind of reminds me of “The Hitchhiker” segment of Creepshow 2. 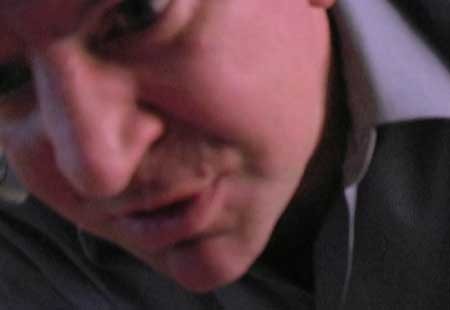 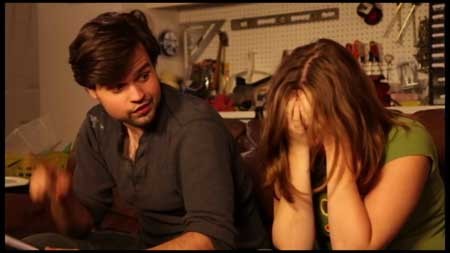 “Fatal Fantasy,” directed by Robert Biehn, is about a wife that takes her husband’s wishes far too literally. At first, it seems like a weird revenge plot, which might have been cooler, but we soon learn that she’s just not very bright (?). This director also has a short film called It’s My Party, which sounds like the exact same idea (both even starring Tara Emerson in the wife role).

“Sane: The Story of the Boredom Killings” is about two kids who just kill people for the hell of it. It’s a found footage short, and it has a lot of the same sound effects/creepy voices as a Lucifer Valentine film. This is the very first film effort by the Cousin Bros (that’s the only name listed for them, not sure who they are), and while it isn’t all that exciting, it shows some potential. 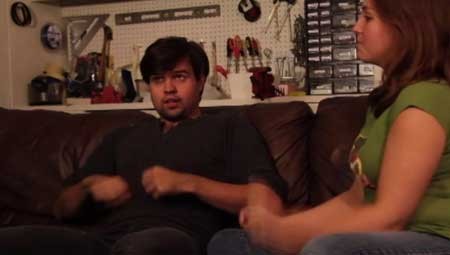 James J. Coker is the director of not only the wraparound segment, but also “Room 907,” which pieces of pop up throughout the other films (similar to that pseudo-snuff film on the Nine Inch Nails Broken home video), showing a first person POV of a killer going through a school and offing people. He also directed “Fatal Error,” which is my choice for worst of the bunch. Some computer nerds get a program called Mayan 66.6 that will help them render their animation project. It creates a horrible looking CGI character (think Evil Toons or Sorority Babes in the Slimeball Bowl-O-Rama, but worse) that kills everyone. I guess it’s kind of funny, but in that way where you’re laughing at it, not with it.

Sure, Dysmorphia brings us a little twist at the end, but I don’t know that I can say the build-up is worth it. It’s only about 90 minutes long, but still this is one I’d have to say you should avoid. I can safely assume that these directors have their best work ahead of them. I’d be more than happy to give any individual involved with this clunker another chance, but I just can’t recommend this horror anthology, especially seeing as how many better ones there are to choose from.