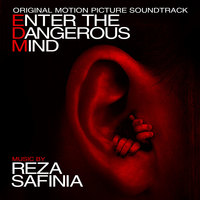 “Good music in a film is invaluable, and finding someone who understands that connection is just as important,” said the film’s Nikki Reed. “Reza is a genius in every sense of the word. What he brings to everything he is involved in is nothing short of magical.”

“The music was part of this film when it was just a script,” explained Safinia. “The directors had a very specific vision and we worked together to give both the music and the film a feel that was not just confined to EDM, although obviously that is a strong influence. The film is about psychological trauma and so they didn’t want the music to be euphoric and clubby, but rather harness the intensity of EDM and turn it into dramatic score.”

Reza Safinia is a composer and film producer raised in London and living in LA. Prior to working in film, he was a Universal Music songwriter and record producer/engineer with work spanning from pop (Kylie Minogue, Britney Spears) to underground (Freestylers, Ms Dynamite). Safinia’s textured approach to composing fuses orchestra with industrial ambience, and electronica, to create a tactile sound serving the image. This sound can be heard in films like the FILLY BROWN starring Gina Rodriguez, the Stephen King adaptation MERCY and most recently in ENTER THE DANGEROUS MIND, possibly his most innovative score.

For this intense thriller set in the world of electronic music, Reza took techniques usually associated with EDM (pulsing gate sidechains and analog filters etc.) and applied them to natural instruments like pianos and strings to create a truly unique sound. He also sampled the hum of air conditioners, and the rattles of metallic stairs to create innovative melodic instruments providing the chilling ambience throughout the score.

ENTER THE DANGEROUS MIND enters the mind of Jim (Jake Hoffman) – a socially awkward EDM musician with a traumatic past, a tenuous grip on reality, and voices in his head. When he meets Wendy (Nikki Reed), he thinks he might finally have a shot at happiness. But as long-buried memories begin to stir, and his crush turns into obsession, Jim finds himself looking into a violent abyss… and he won’t be going alone. Pulsating with raw energy and an intense electronic soundtrack, Enter the Dangerous Mind is a pitch-black psychological thriller that doesn’t let off the gas for a second as it twists to its shocking conclusion.

“Reza was with us on the days we shot music scenes to make sure we were getting things right and he provided much of the temp music we used to cut the film to,” said directors Youssef Delara and Victor Teran. “He was really clear about the sound we were going to go after for the film and the work flowed out of him very quickly, which will come as a shock to people when they hear how good it is.”

“Music is always an essential ingredient in movies and for this it was even more crucial than usual, not only in making it more scary, but also because Jim makes music to drown out the voice in his head, so the music had to not only be creepy, but also give insight into the character’s inner struggle,” said the film’s Jake Hoffman. “Reza nailed it! He created a wonderfully eerie score that enhances the movie in all of these different ways. Also, Reza made himself available to me when I was preparing for the role, which was really helpful in understanding the basics in how EDM music is made, and also helped me connect to the character.”

“Besides all the electronic stuff there’s a lot of sampler instruments I made using natural ambience. I got this idea that for Jim, even the ambient noise around him could be either a trigger or a pacifier, and I started paying attention to the sounds we hear every day in life. Gradually it morphed into an approach for the score.” Safinia continued, “I recorded a lot of everyday sounds. With them I would do different things, sometimes I’d take a harmonic approach and make normal sound playable as a tonal instrument; sometimes I’d do the sidechain gate and compression trick, triggered by a kick drum, like they do in EDM music, to create a throbbing sound. Any sound you hear in the score that isn’t a synth or a piano was created from organic sound.” 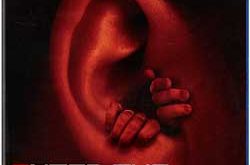