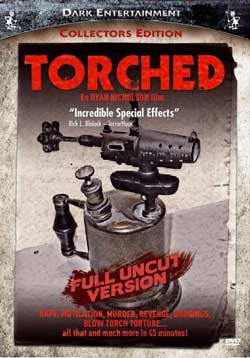 Deanna, a young, pretty and upwardly mobile nurse is about to face the most difficult challenge of her life…Deciding whether five men should live or die. In a moment which would change her life forever, Deanna is brutally raped, but the pain she suffered is nothing compared to that which her five suspects are about to endure. One by one, Deanna avenges her rape. Do the men deserve the punishment she inflicts upon them, or the death they will soon desire? Only Deanna will decide who will survive and who gets Torched.

Torched represents the beginning of the Ryan Nicholson era of horror. Well, the beginning of his writing and directing work, that is – he had already been working his magic with makeup effects and prosthetics since 1995. But in 2004, Nicholson could also be found directing the “Blaspheme the Body” segment of the Necrophagia home video (Nightmare Scenerios) and writing and directing the short film Torched (which you might recognize as one of the parts of the 2006 female-revenge anthology film, Hell Hath No Fury, in which a tightened up, thirteen minute shorter version of this movie appeared).

Torched is the disturbing story of a nurse named Deanna (played by Michelle Boback) who is on her way to work, just opening the elevator door, when she is attacked and raped. Perhaps because she is a nurse, she thinks to take samples of the fluids left behind by the rapist. The very next day, someone breaks into her apartment and goes to attack her. Good thing the rapist from yesterday forgot his taser. Deanna stuns her attacker, ties him up, and tortures him on a daily basis. She also finds time to have a girls night out with her co-worker Leanne (Tamara Pender) and meets her new neighbor, Trevor (played by Ryan Haneman). In the meantime, she brings a sample of his blood, along with the previous sample, to work and asks Dr. Tyson (Daniel Lomas) to test them for her. Do the samples match? If not, who was her first attacker? A week goes by, and everything starts to go downhill. 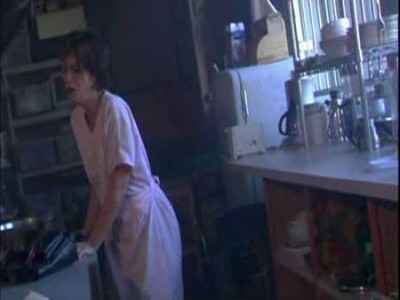 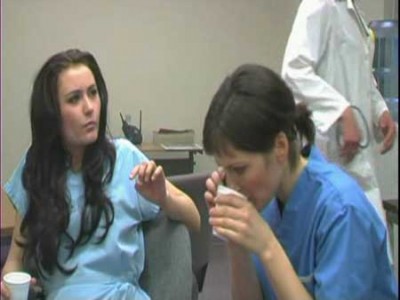 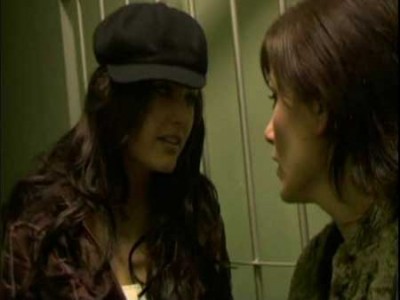 There is a whole lot packed into forty-three and a half minutes, some of it good, some of it not so good. The main thing we can take away from this short film is that Ryan Nicholson has proven skills when it comes to brutal, gory special effects. A good portion of Torched shows Deanna torturing her would-be assailant (the second one) in a variety of ways, all very nasty. She wakes him up by splashing urine in his face, pours it in his open wounds, and even puts it in his IV bag. She takes a blowtorch to his leg, melting his flesh away. She gets him aroused, then shoves multiple syringes into his penis. All of these are graphically shown and pretty much set the tone for all of Nicholson’s work to come. And there’s plenty of additional blood and guts later in the movie as well, decapitations, tables saws to faces, blood-spouting throats, all of which just add a mutilated cherry to the top of a bloody, disturbing sundae. 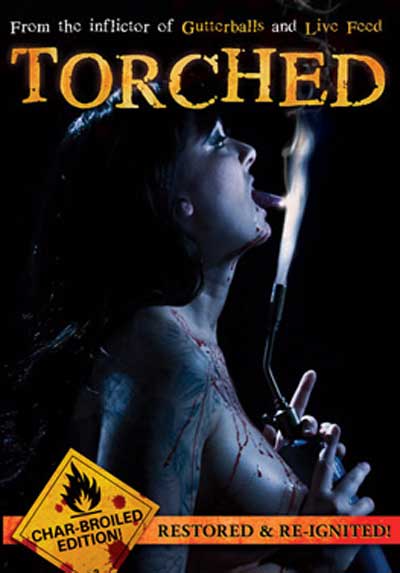 There are some problems with the movie here and there. Some shots are pretty dark. Some of the dialogue becomes muffled, or disappears under the soundtrack, or is just hard to hear. The nice thing about this is that most of these problems got fixed when the movie was edited and squeezed into Hell Hath No Fury. The problem is, as you may remember from my review a while back, the Torched section of that anthology is far and away the strongest one, so it’s tough to rationalize buying both. Plus, this is the full version, with some stuff not in the edited version. Then again, lots of Nicholson’s fans seem to be collectors, so maybe the doubling up issue isn’t actually an issue at all. 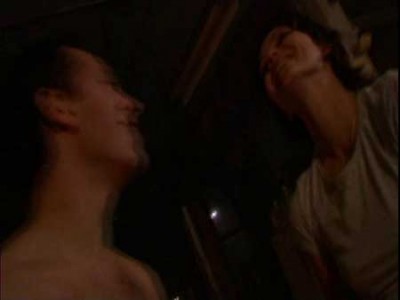 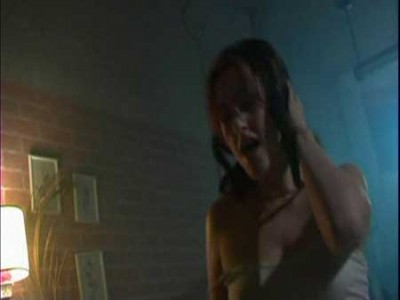 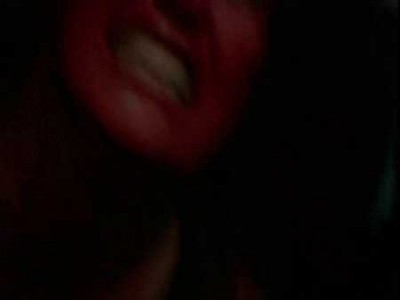 Torched is a revenge film, so it relies highly on two things: the brutality of the revenge (which we discussed is, indeed, brutal) and the ability of the one seeking revenge to be convincing. Michelle Boback plays Deanna well, showing us a hurt, hesitant woman who quickly becomes a deranged killer out for revenge…by any means necessary. It gets over the top at times, but that fits this movie pretty well. Deanna goes back and forth from the cute, innocent nurse, Dr. Tyson’s “favorite,” to a sociopath who promises a diseased junkie drugs if he’ll anally rape the man she has bound in her apartment. A lot of the film hangs on her performance, and she pulls it off.

There are better Ryan Nicholson films, for sure, both in story and in gore content. But this is his first, this is the beginning of what has become a brutal legacy of nastiness on film (or video), so the minor mistakes are forgivable. Still, he manages to pull it off, for the most part, giving us a story of pain, torture, and revenge. It could have been extended a bit, actually, as the end kind of rushes through its carnage in a fast-forward style as compared to the build-up. But even so, the manic qualities of the final act tend to match the tone and the feel that has been established. Fans of Gutterballs, Hanger. or Collar surely will not be disappointed to see where it all started.