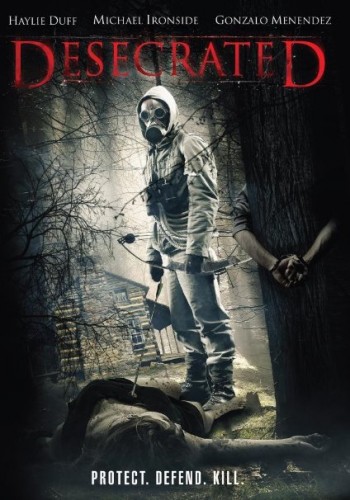 A rich heiress and her friends head for a weekend of fun at her isolated ranch house in the middle of no man’s land. They soon find that the caretaker’s dark past, has taken him down a bloody killing spree.

I’m going to go out on a limb here by saying Haylie Duff could very well become a modern scream queen. The horror films she’s appeared in may not be particularly good but she owns her roles, has a genuine presence, she can scream, and she can fight. Her latest foray into the genre is in the disappointing slasher DESECRATED. It has all the potential in the world but the film seemed to forget something important: it’s OK to exploit the violence, it’s OK to be gratuitous with the gore and nudity.

If director Rob Garcia was sacrificing the goods to focus on fear and suspense, then so be it. In this case, you can smell the direction the film is going from a mile away and I’m willing to bet it will be easy for the audience to predict exactly where the movie will go. DESECRATED isn’t a complete waste of time, it’s just not particularly memorable.

Allie McClean (Haylie Duff) is the daughter of wealthy businessman Tom McClean.(Michael Ironside) She decides to grab a group of her closest friends and head up to her dad’s ranch house in the middle of nowhere. She sneaks up there behind her father’s back, mostly because he doesn’t approve of her boyfriend. When they reach the ranch house they’re greeted by the ranch’s keeper Ben (Gonzalo Mendez). He can be a pain in the butt but he allows the annoying 20-somethings to have their fun (or does he?). While taking a late night stroll through the woods, one of the couple’s branch off to break into an old trailer where they find what they believe to be human remains. 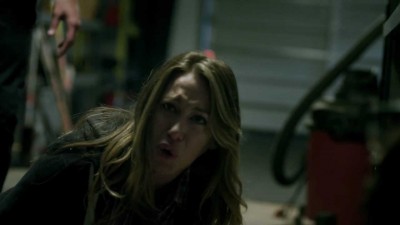 Frightened by what they’ve found, they choose to go to Ben instead of the police. It turns out to be a huge mistake since he’s actually a former military man who is suffering from a break with reality after learning his wife and daughter were murdered by some punks who had strayed onto the property. He had his revenge but wants to live his life alone on the ranch with their remains. Allie and her friends are disrupting his life and desecrating what he believes to be a shrine to his loved ones. Ben’s going to make them all pay for their intrusion. 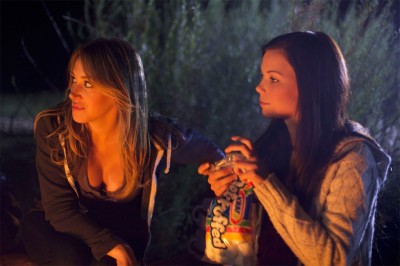 The movie opens on a solid note but it quickly slows down to a turtle like crawl before anything else significant happens. Then they try to cram what little excitement there is into the final forty minutes. The first forty isn’t exactly a snooze fest but you will have to tolerate your standard annoying putz who you can’t wait to see meet his end (we’re never even given that satisfaction). Aside from the coarse language, this could have passed for a PG picture. There’s nothing that bothers me more as a horror film fan than watching a slasher flick without the good stuff. 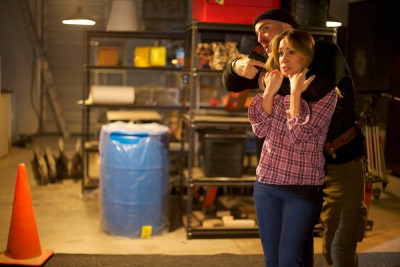 What we do have though is an interesting and sympathetic character in our villain Ben, played by Gonzalo Mendez. I like the idea of a war vet who suffers a break from reality after his family is taken from him.

Dealing with post traumatic stress from being in war then coming home to that is excellent script fodder. If the film had centered around him and what he had to suffer through, we could have had a winner. Instead we have to listen to a bunch of mindless dialogue from uninteresting characters. Haylie Duff injects a bit of life into Allie so we do care about her but in the end you just keep wondering to yourself why she puts up with all the douchery from her entourage. Michael Ironside just shows up to lend his name to the project and pops up for a moment at the beginning and the end.

What we are left with is a film with some good ideas, a decent performance or two, but fails to deliver anything a fan would expect to see from a film like this. ** (out of 5)