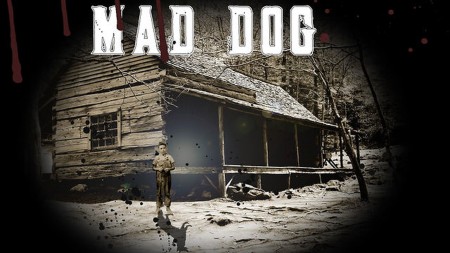 1930’s. East Tennessee. Townspeople take matters into their own hands when a boy bitten by a rabid dog goes untreated.

What can you do in a short film which will allow the audience to be transported and entertained in such a short amount of time. Short Mad Dog directed and written by Clint Keller is a good case study of a short film done well. The film is set in olden day USA where a mad dog is on the loose attacking the poor citizens of the town. A family of a mother and two children are already dealing with loss when the dog drags in more terror into their lives.

It’s obvious the short has a small budget however with what they had and what they have done it is very impressive and allows a realistic representation of the time and era that it is set in. The costume and sets are all top quality and the immense amount of gore is lively and fresh. The script is also quite strong and is able to tie the themes of the film together nicely.

Unfortunately the acting is something left to be desired. With weak performances from most of the cast it really brings the film down to it’s short film status. I’m not sure if they are professionals or amateurs but the cast definitely needs some lessons in acting.

However Mad Dog is definitely a short worth checking out, even for just the inventive visuals and smart storyline.