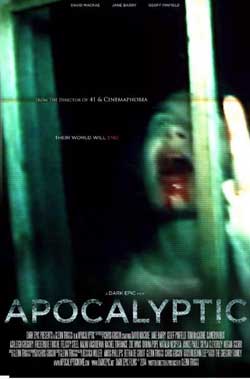 Journalist Jodie Black (Jane Elizabeth Barry), and her camera man, Kevin Horner (Geoff Pinfield) hear about the possible existence of a doomsday cult called the Bytherainians, in forests of Australia and decide to investigate and uncover the truth behind their mysterious leader, Michael Godson (David Macrae).

Upon entering a small community and asking questions regarding a cult, they find that no one really knows anything about any cults in the area. They soon find someone who is willing to lead them to their sanctuary. They drive into the forest and are instructed to stop in the middle of nowhere as they are not permitted to drive their truck to the compound. They are instructed to leave all communication devices behind, and they must be blindfolded and led by the cult followers. These cultists really want to keep themselves hidden. 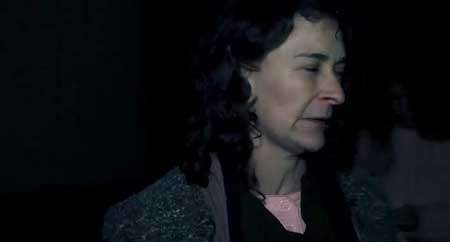 Once they get to the compound, they are surrounded by several excited women and girls all dressed alike in white gowns. They are welcomed with open arms and seem happy to be filmed. They soon are introduced to the cult leader, Michael Godson, an older, bald, creepy looking man who speaks with a very soothing, comforting voice. He seems very willing to allow the news crew to film their daily lives and doesn’t appear to hide anything from them. As the crew begin their documentation of the cultists daily lives they quickly notice that Michael is the only man on grounds. Where have all the other men gone?   There are young girls and even a couple infants, but no other men. During an evening dinner, we see everyone gather at the table and after a filling meal of what I can only guess to be gruel, Michael stands and points to an older woman and they both walk out arm in arm. After questioning one of the other women, the crew is told that each evening, Michael chooses a different woman to spend the night with. A HA! We now know that Michael is getting the only action in this compound. 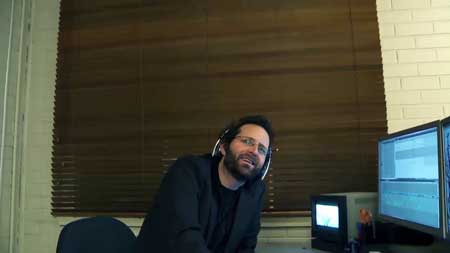 Michael tells the crew of what he believes to be the coming of the end times, or apocalypse and drops hints that his family has a role to play in it and this is all part of that plan. Later we witness a woman screaming uncontrollably and Michael and the other women tie her to a tree and vaguely explain that a woman who reacts this way is showing signs that the end is near. That night Jodi and Kevin find what looks to be a mass grave in the woods. Kevin begins to question the morality of what is going on and decides that while he isn’t going to leave, he is now just filming for evidence of ongoing criminal activity. 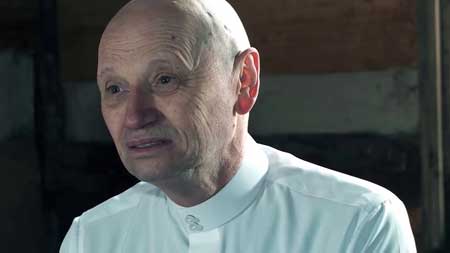 The movie begins to climax during a sermon, Michael feels that one girl is waning and her faith isn’t as secure as it should. Once the girl comes forward they take her out into a pasture and the crew realize that they are going to stone her to death. Kevin intervenes to the ire of Michael and some of the others. He decides to leave Jodi behind to film the rest. The woman is still stoned to death and afterward, the group meets in their hall and begin passing around a “Kool-Aid” concoction. Soon the young girls begin choking and going unconscious as each woman lines up to drink their own all while being coaxed by Michael. Jodi decides that she’s finally had enough and tries to escape with a couple other women. They end up barricaded in a small house while the others are trying to get in. Soon they find themselves running through the forest when Jodi is apparently hit from behind dropping the camera. 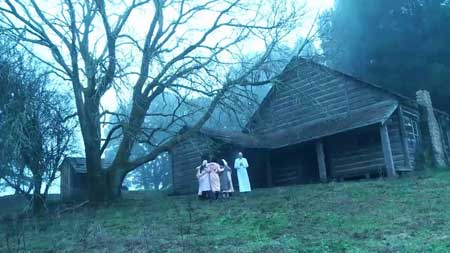 This is another found footage movie that has chosen to deal with the whole “end of the world” cult instead of demonic possession or haunting of a house. We have all the classic elements that one would expect to find: several duped, not so bright, women and children all dressed in simple clothing; a compound deep in the woods, hidden from civilization; and a maniacal male leader who makes sure he’s the only man around. There are hints in this movie of not only murder but also rape and pedophilia. We also get the possibility of some supernatural presence but it’s not directly there, sort of a “he who walks behind the rows” type of vibe. 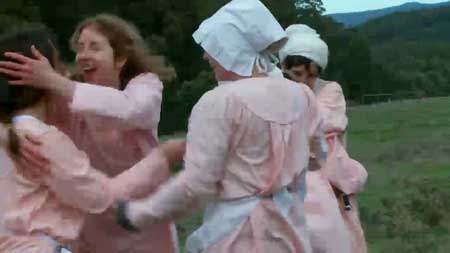 This movie isn’t bad for what it is, but at the same time it’s nothing really new. You could replace Michael Godson with Jim Jones, or Charlie Manson, or any other cult leader. While there are some creepy moments, the movie doesn’t keep up with the chills as you would like. The acting is decent, but then, it’s supposed to be real life so I suppose they did a good job of not acting like they were acting.

Like many of the found footage movies, it takes a while for everything to build up to get the good tension. Once the proverbial crap hits the fan, is when the action starts and we witness a decent creepy end to our news crew as well as the remaining cultists.

Creepy, haunting and well played – worth a watch indeed!