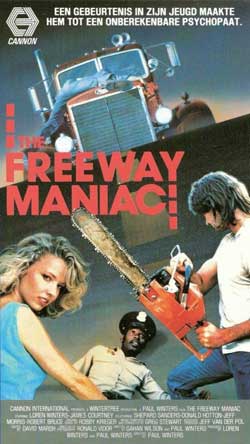 An escaped mental patient who is obsessed with an actress stalks a movie set she is working on and kills anyone unlucky enough to get in his way.

What do you get when you combine the elements of Halloween, Pieces, and Nightmare in a Damaged Brain? This movie. It isn’t nearly as good as any of those films and in reality it is pretty lousy but at the same time it is one of those films that falls into the “so good it’s bad” category. It’s hokey, unintentionally hilarious, and just plain bad for the most part but I had a blast watching it thanks to the fact that it is so damn corny. It is definitely one of those movies that is quite memorable, but not in a good way.

I thought that the title was a little misleading. Before I watched it I assumed that it was going to be about some psycho cruising the freeway knocking off unsuspecting motorists that he happened across but that wasn’t what it was about at all. Instead we have this big lug named Arthur (who has a rocking mullet) running around in the middle of nowhere (I think it is supposed to some sort of a mesa or something as I kept expecting the Roadrunner and Wile E Coyote to make cameos the entire time I was watching it) taking out members of a film crew left and right. 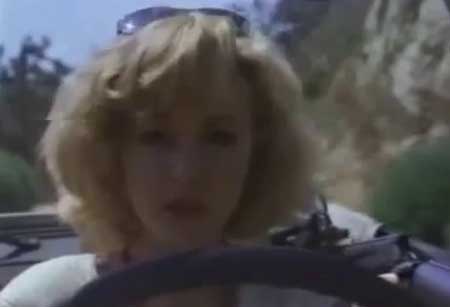 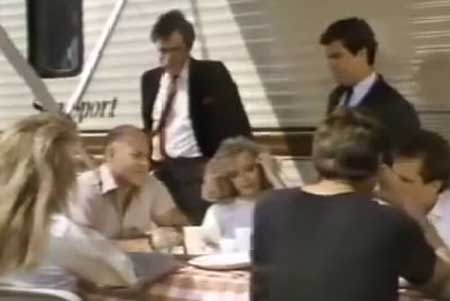 The film came out in 1989 but it looks so old and grainy that I am sure that it was most likely made years beforehand. I’m not sure how long it probably sat on a shelf somewhere waiting to be released but if I had to guess I would have to say that it was actually filmed in the very early 80’s. It was obviously shot with a very low budget with people who weren’t professional actors (at least they didn’t appear to be as none of them could actually act) and I think that a lot of the people who were in it did their own stunts as the filmmakers couldn’t afford actual stunt people (I’m a little shocked to no one died for real during the making of it, especially the poor guy that has to hang on to the front of a Mack truck that is barreling down the road at one point). Needless to say it was shot for very little money and it definitely shows.

The premise is pretty simple and is your basic slasher flick. Arthur breaks out of a lunatic asylum (not once, but twice) after killing his mother and her boyfriend (after seeing them have sex) at a very young age (sound familiar?). The first time he escapes is comedy gold as he does a body splash out of a four-story window onto an orderly he has just beaten the shit out of that would make Jimmy “Superfly” Snuka proud and walks away basically unscathed as the poor schlub is kind enough to break his fall. From there he kills a couple of people and tries unsuccessfully to do the same to an aspiring actress he crosses paths with only to get caught and placed back in the booby hatch where he sits around obsessing about her. 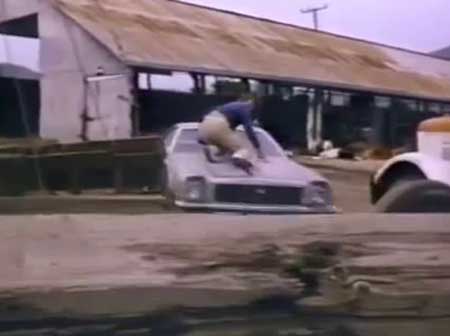 Of course he escapes yet again (what is up with the security at that place?) and is soon making his way to the movie set where she is currently filming a cheesy science fiction film (and killing some people here and there on the way) so he can finish her off for good. It’s pretty cookie cutter and unoriginal in many ways but that’s OK. I wasn’t expecting it to be groundbreaking or anything and to be honest its premise is probably its biggest strength if you ask me.

One of the things I did like about it was the fact that it is funny as hell. It isn’t supposed to be, mind you but I couldn’t help but laugh through most of it. The killer is a big goof and even though he is supposed to be a big scary guy in reality he’s anything but. His best scenes involve some of the oddball things that he says from time-to-time when he is killing someone and what he does at the end (which involves him disguising himself so he can finally get his hands on the actress he is obsessed with without drawing attention to himself) literally made me spit a mouthful of Cherry Coke all over myself with laughter thanks to how wacky and unexpected it is (I’m sure that is was one of those ideas that sounded a lot better on paper). Arthur is no Jason Voorhees or Michael Myers but he sure did a great job of making me laugh a lot (he reminded me a lot of Ricky from Silent Night, Deadly Night Part 2). 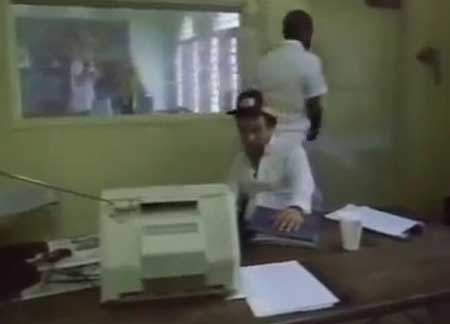 I also enjoyed the fact that Freeway Maniac actually has a pretty decent body count. Given, a lot of the deaths are poorly done and we don’t really get to see a whole lot but I appreciated the effort. We get several stabbings, fun with a chainsaw and some blunt instruments, impalements, and one unfortunate soul who is mowed over with a truck. Some of the death scenes are better than others and while none of them are anything amazing or particularly spectacular I still liked the fact that so many characters died as it helped to make things a little more interesting. If nothing else at least this movie isn’t boring thanks to all the deaths that take place during its running time.

Freeway Maniac isn’t what I would consider a horrible movie but it is mighty bad (but in a good way as I said earlier). It’s an entertaining little time waster and a good way to kill 90 minutes if you don’t have anything better to do. Yes, the acting is bad and the killer is more than a little lame but I’ve seen a lot worse. Check it out if it sounds like something that you would be into but keep in mind that it is never going to be inducted into the Slasher Flick Hall of Fame. 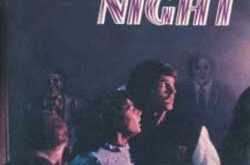 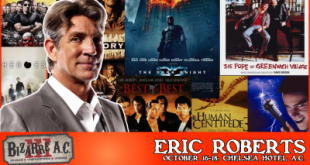 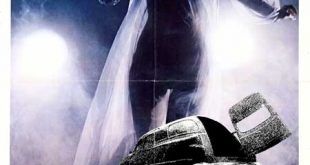